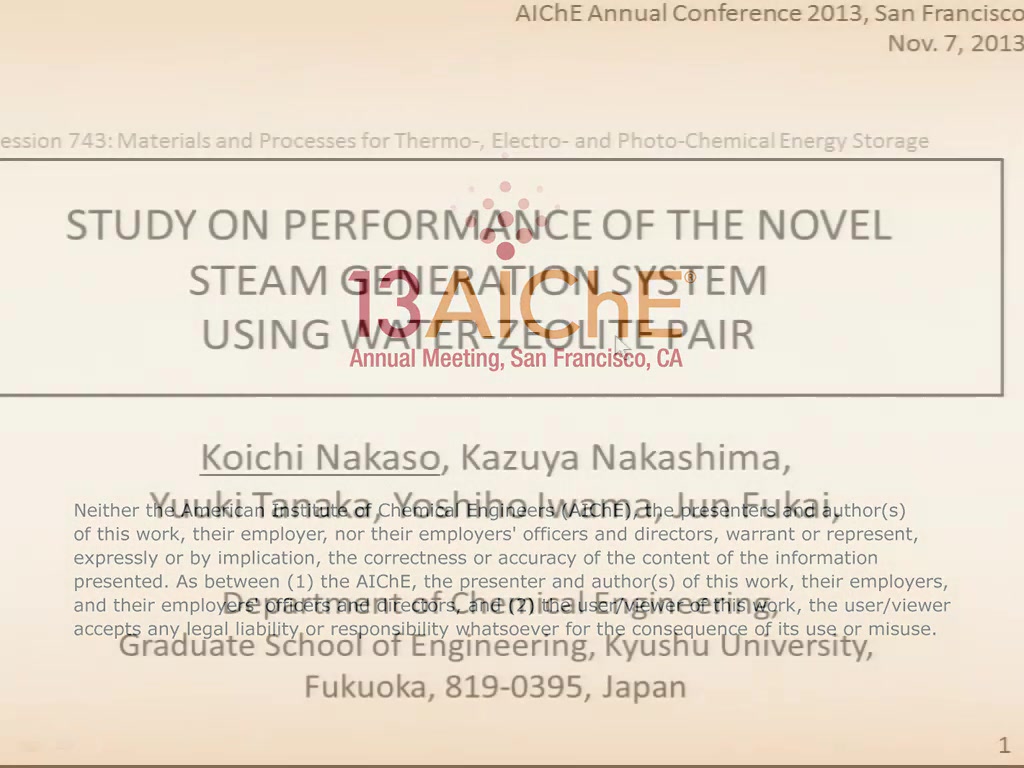 The efforts for energy conservation are requested because of the limitation of fossil fuel and the environmental issue of global warming. The petrochemical and steel industries are especially the largest energy-consuming manufacturing industries. While large amount of waste water with the range of 60-90°C is released from these industrial processes, steam is demanded and generally provided from large quantities of fossil fuel. The system to generate high-temperature steam from waste heat is therefore required for the effective utilization of energy. In this study, a novel steam generation system using a direct heat exchange system with adsorbent-water pair is proposed. Contact between water and adsorbent results in evaporation of excess water due to the release of adsorption heat from adsorbent. Because this system does not require any heat exchangers, not only higher packing density of adsorbent particles in the reactor but also lower heat capacity of the reactor is expected. In our previous study, generation of steam under cyclic operation of steam generation and regeneration processes have been experimentally confirmed using zeolite as adsorbent. Superheated steam at 0.1-0.4MPa was generated using water at 80°C and dry gas at 130°C with lab-scale apparatus [1].

A mathematical model considering transport phenomena during regeneration process is developed. As the governing equations, conservation equations of mass and energy for gas and solid are considered. Ergun's equation is used instead of the momentum conservation equation for gas. The rate of desorption in the model is determined based on the measurement data from thermal analysis. The rate of drying of zeolite is assumed as constant-rate of drying. For the validation of the model, numerical results are compared to experimental one using the laboratory-scale apparatus. As a result, numerical results reasonably agree with the experimental ones with various gas flow rate and temperatures.

Fig.1 Effect of regeneration time on the mass of steam generated at 140°C in cyclic operation (Inlet gas temperature of 200 °C and Dew point of 60 °C for regeneration) 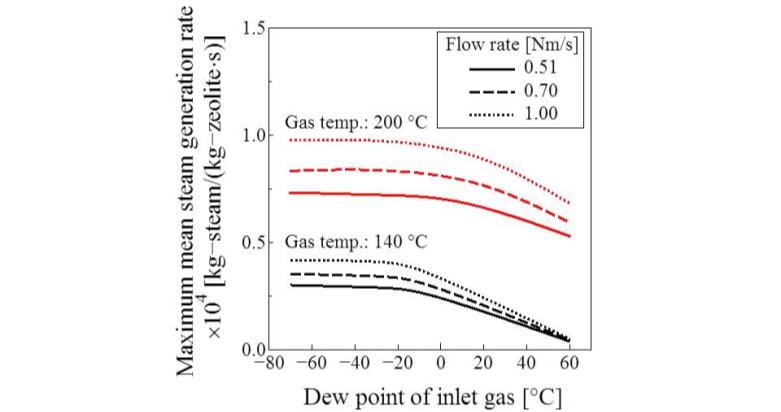 Fig.2 Effect of dew point of the inlet gas for the regeneration process on the maximum mean steam generation rate (Steam temperature: 140°C)

This work was partially supported by the NEDO project under Research and Development Program for Innovative Energy Efficiency Technology, and also by the Japan Society for the Promotion of Science (JSPS) Grant-in-Aids for Scientific Research (C) 25420923.

Preview Presentation:
Presenter(s):
Koichi Nakaso
Once the content has been viewed and you have attested to it, you will be able to download and print a certificate for PDH credits. If you have already viewed this content, please click here to login.