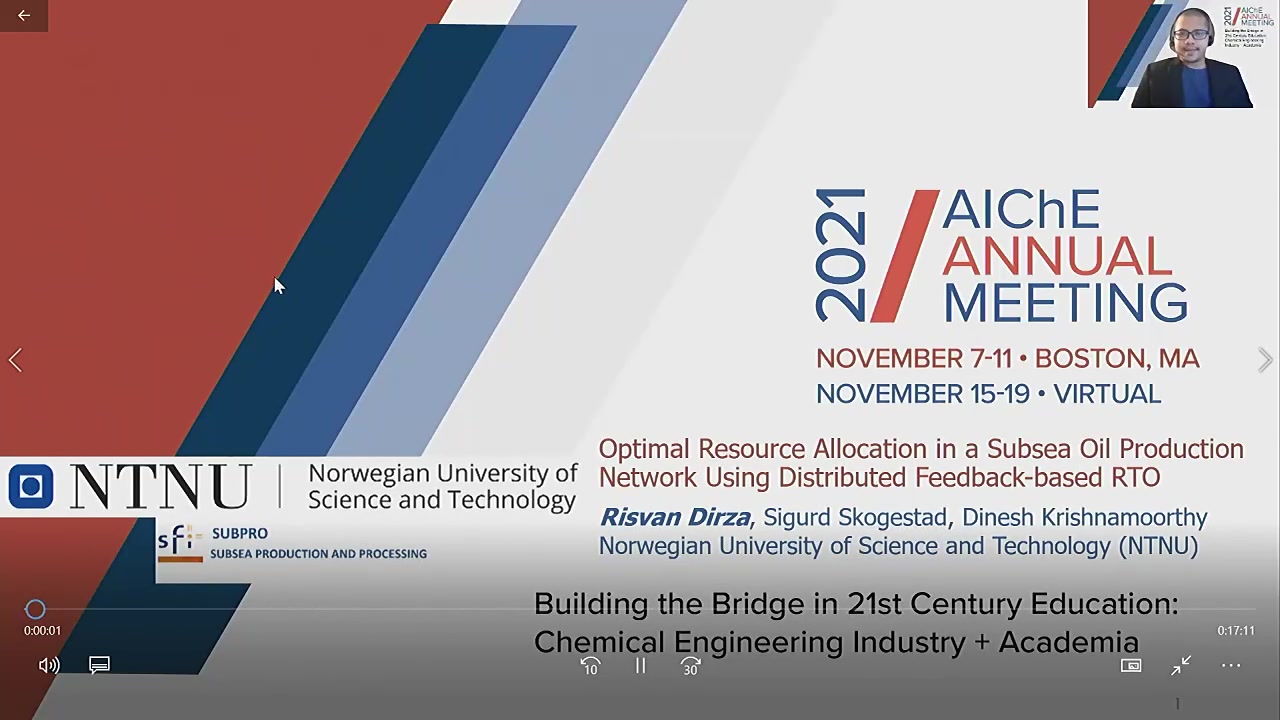 Distributed real-time optimization using the dual (Lagrangian) decomposition approach is a potential solution that facilitates industrial symbiosis [3], where the different subproblems are locally optimized for a given shadow price of the shared resource, which is updated by a master coordinator. In the traditional distributed RTO approach, this involves solving numerical optimization problems online for each subproblem iteratively, which can be computationally intensive. Although different approaches have been recently proposed to speed up the convergence of the distributed optimization problem (see [4] and the references therein), solving the numerical optimization problem online in itself may be a fundamental limiting factor in many applications. Furthermore, many traditional oil and gas companies also prefer to use simple feedback controllers as opposed to model-based RTO tools.

In order to avoid the need for solving numerical optimization problems, this work considers a distributed feedback-based real-time optimization framework introduced in [2], where each subproblem is locally optimized for a given shadow price using feedback controllers. Here, the key idea is to convert the Lagrangian decomposition framework into a feedback control problem. For the stationarity condition of the different subproblems, we need the gradient of the Lagrange function in each subproblem to be equal to zero. Based on this idea, we propose an â€œoptimizing" controlled variable for each subproblem, which is given as a function of the shadow price. By controlling the proposed controlled variable to a constant setpoint of zero in each subproblem independently, the different subproblems can locally optimize their processes for a given shadow price. Since the gradient is a function of the Lagrange multipliers, by using a standard master coordinator that updates the Lagrange multipliers using the subgradient method, the proposed approach leads to system-wide optimal operation.

We apply the proposed distributed feedback-based RTO approach on a large-scale subsea gas-lifted oil production well network with 10 wells producing from four different subsea manifolds (clusters), each operated by different companies [1]. We use a model-based gradient estimation scheme to estimate the local cost gradient and use PI controllers in each subsystem. The simulation results are compared with centralized model-based RTO, which shows that the proposed approach can optimally allocate the shared resources in a distributed manner without the need to solve numerical optimization problems. 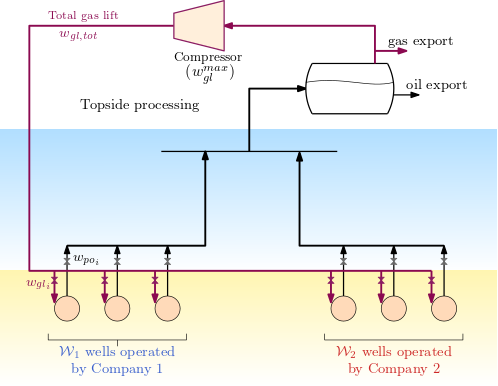 Preview Presentation:
Presenter(s):
Risvan Dirza
Dinesh Krishnamoorthy
Sigurd Skogestad
Once the content has been viewed and you have attested to it, you will be able to download and print a certificate for PDH credits. If you have already viewed this content, please click here to login.