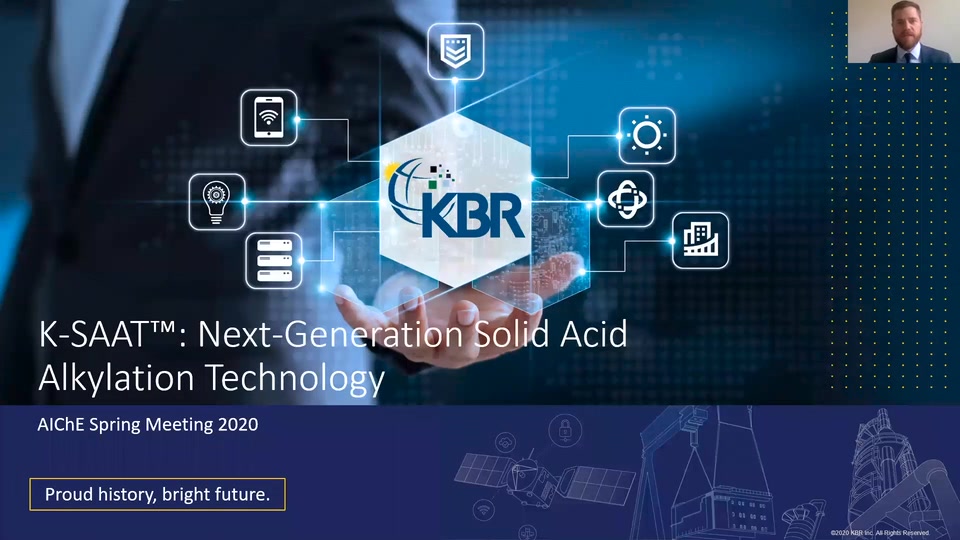 Globally, the demand for cleaner burning gasoline blend components is increasing while overall demand for gasoline is declining. The increase in demand for cleaner burning gasoline is driven primarily by environmental mandates and high performance engines. Alkylate, isomerate, ethanol and ethers represent the cleaner burning gasoline blend components. Among these, alkylate is the ideal clean fuel component because it has a high octane rating, exhibits low vapor pressure, low sulfur levels, no aromatics or olefins. Alkylate is currently produced using either sulfuric or hydrofluoric acid as the catalyst. Both acids are dangerous and can lead to corrosion-induced accidents and impede firefighting efforts. Solid acids have for many years promised safer and cleaner alkylation. The poor stability of most solid acids, however, have resulted in expensive processes with complex reactors and large catalyst inventories, making them uncompetitive with liquid acid technologies.


After years of development, a new solid-acid catalyst technology ExSact has reached the point of outperforming these liquid acids. The engineered solid-acid catalyst has been designed to give over 24-hr cycle-times, robust resistance to typical poisons, the ability to handle a variety of feedstocks (ethylene to amylene), a simple adiabatic fixed-bed reactor design and regeneration using hydrogen while increasing he overall octane pool. The ExSact catalyst forms the core of an inherently safe and efficient K-SAAT process that generates high-octane alkylate. K-SAAT reactors are the best option available to refiners worldwide to move away from HF Alkylation, offering a commercially proven process with high return on investment and vastly diminishing the risk profile. This is achieved by replacing/debottlenecking existing liquid acid alkylation reactors and reusing the existing recovery system (DIB/Debutanizer/Depropanizer/Isostripper).

The stable catalyst performance greatly simplifies the overall process design, which reduces the capital cost of the alkylation plant, while lowering energy consumption. KBR has licensed K-SAAT units and will discuss overall commercialization status in addition to performance data from the operating unit.

Preview Presentation:
Presenter(s):
Brian Heasley
Alana Heasley
Megha Shukla
Karen Shukla
Brian Tuhy
Alana Tuhy
Megha Waldron
Karen Waldron
Once the content has been viewed and you have attested to it, you will be able to download and print a certificate for PDH credits. If you have already viewed this content, please click here to login.