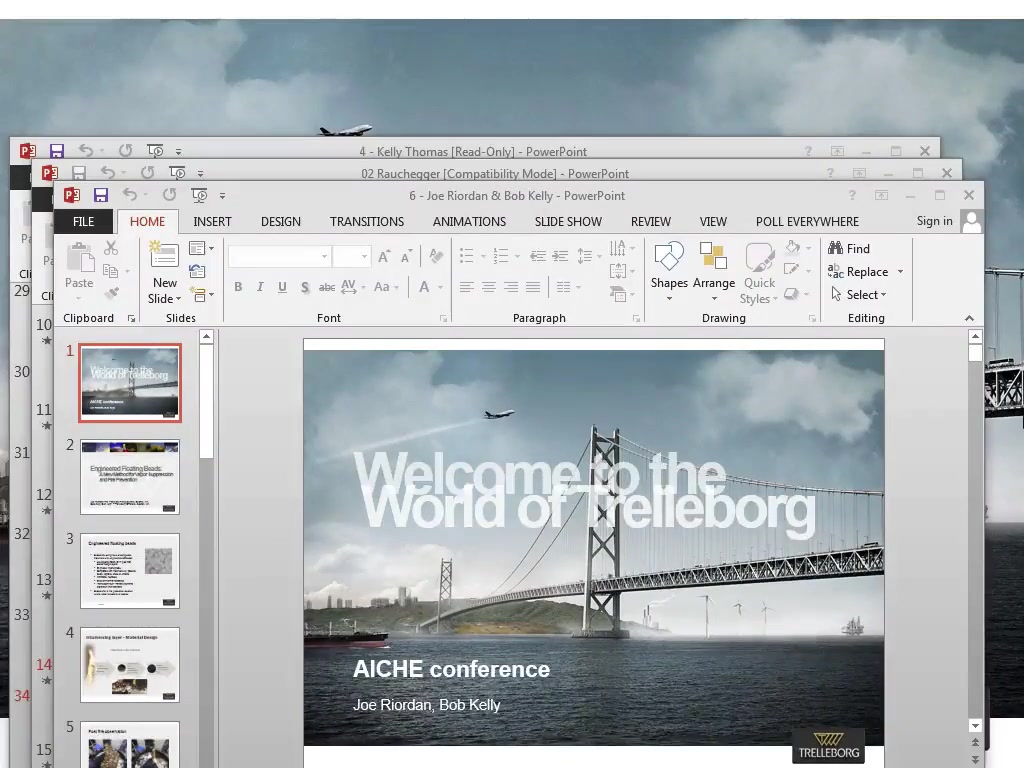 Current fire systems in flammable liquid storage tasks are designed to respond when a fire is detected ….. and since it is an active system, there are many failure scenarios that have prevented these type systems from functioning during actual fires; liquid water supply pressure, volume, pump failure, pipe blockage…etc.   Current technology for vapor suppression for flammable liquid storage tanks include floating roofs but they have limitations as well.  Floating roofs can only be used in vertical cylindrical vessels, have legs and pontoons that reduce storage volume, are prone to sinking during seismic events, have vapor pressure limitations, have seals to maintain… etc.

We will present data on a new technology that employs small beads with engineered coatings that solves the aforementioned problems.  As the name suggests, this method of vapor suppression and fire prevention addresses limitations found in current fielded technology.  We will present data on vapor and fire suppressing characteristics on flammable liquids including gasoline, crude oil, ethanol and diesel fuels and flashing liquids LPGs and LNG. This data was collected on test configuration that demonstrates:

The conclusions drawn from tests and data show that engineered coated beads:

Engineered Coated Beads are essentially small beads (1/8” diameter) of an advance composite material applied as micro thin coatings that allows them to float on flammable liquids that, when applied to a depth of six inches, they act as a floating roof.  Another sacrificial coating seals and thermally insulates the bead in the event of extreme heat preventing flammable liquid surface fires.  Advantages over traditional floating roof technology are reviewed.  Recognized independant party testing demonstrate the engineered beads' vapor suppressing and performance on flammable liquid surface fires.  Vapor suppression of Volatile Organic Compounds (VOCs) is tested with varying tank diameter and depth of application and as applied to a depth of six inches provides significant vapor suppression.  Aging tests demonstrate the ability of the beads to remain in place on the surface of the flammable liquid for both polar and non-polar fuels at all times for years providing continuous vapor suppression and full surface fire protection without the use of water.  Applications are identified wherever flammable liquid fuels are stored despite the shape of the vessel and acting as a floating roof including standard API 650 fuel storage tanks, sumps, horizontal vessels, trucks, rail cars, FPSO, tankers or barges.  In addition active fire suppression is explored.  Specific applications where water is scarce or not a viable firefighting agent e.g. extreme cold are also identified.  Fire test results combine traditional AFFF and engineered coated beads demonstrate the synergies of combining the two materials.

In addition to the data, we will propose system designs that would allow the engineered coated beads to be installed in a pipe header in advance and delivered to any target tank (on fire) using existing piping and valves and avoids dedicated fire water pumps, piping and foam storage etc…  The concept would allow remote delivery of the beads using existing infrastructure changing the way oil storage tank fires are fought.

Preview Presentation:
Presenter(s):
Joe Riordan P.E.
Once the content has been viewed and you have attested to it, you will be able to download and print a certificate for PDH credits. If you have already viewed this content, please click here to login.