Automating Molecular Modeling of Gasification with the Kinetic Modelers Toolbox 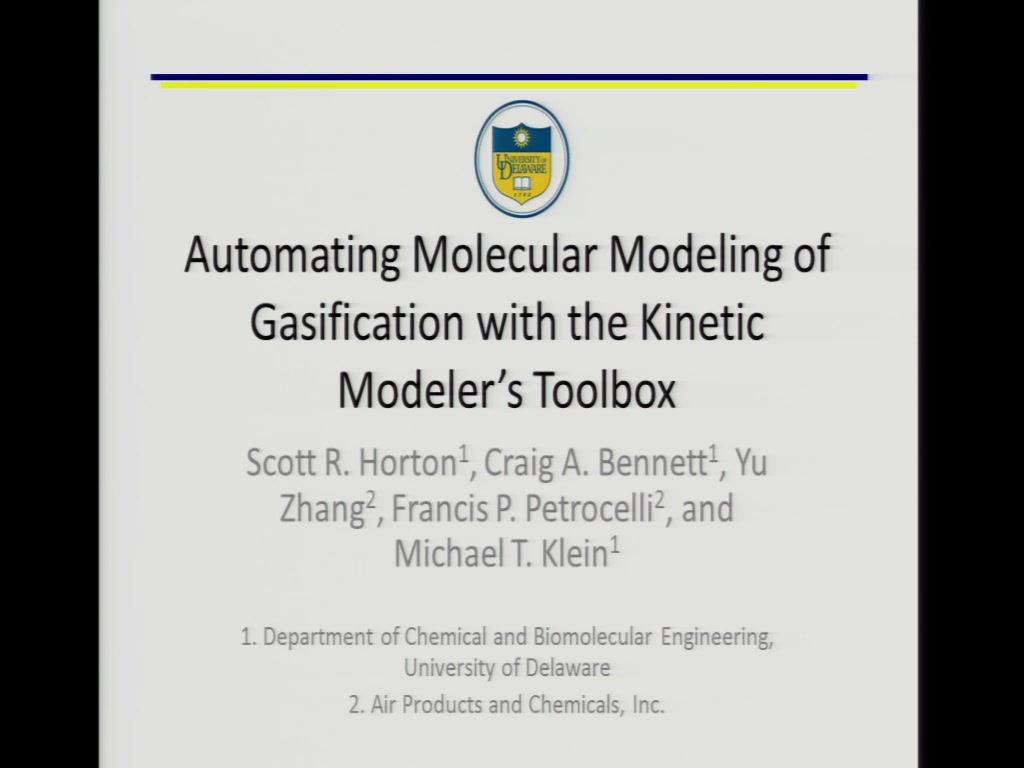 Automating Molecular Modeling of Gasification with the Kinetic Modelers Toolbox

A molecule-based kinetics model was developed for gasification, a prevalent chemical process used in the production of syngas from a variety of feedstocks including coal, biomass, and municipal solid waste.  It is envisioned that this modeling approach will have applicability across a wide range of gasification reactor types and operating conditions, and represents a more-rigorous treatment for modeling gasification than most previous efforts described in the literature, in that it is not reliant on the definition of arbitrary, “lumped” pseudo-components nor on the assumption that the reaction trajectory achieves chemical equilibrium.

The generally macromolecular feeds to a gasification unit were described, structurally, as independent molecules or a collection of various interconnected cores (following either a polymeric distribution or confined to a lattice). Gasification reaction processes fall into three major categories: pyrolysis, gasification, and combustion.  The feed structures were subjected to a series of reaction and logistical rules via the Interactive Network Generator (INGen) software in order to obtain a reaction network comprising all three reaction classes.

Polymeric and lattice-type species were conceptually broken into “cores” and “substituents”, reacted independently, and reformed into molecules by following the Attribute Reaction Model (ARM) credo.  This methodology removed the permutative explosion of species from the balance equations, and placed it on the post reaction analysis.  Isomeric detail was collapsed into representative species. Each species was broken into a series of composition components (such as ring, group, and element counts).

The balance equations for the reaction network were automatically generated and solved using the Kinetic Model Editor (KME) software. The specifics of the reactor design led to the modeling of interconnected ideal reactor zones, wherein the conditions of reaction could be independently varied. It was then possible to use process, experimental, and published data to optimize the kinetic parameters.

Preview Presentation:
Presenter(s):
Scott R. Horton
Once the content has been viewed and you have attested to it, you will be able to download and print a certificate for PDH credits. If you have already viewed this content, please click here to login.

Implementing a Flexible Recipe Management Strategy for Development of Biopharmaceuticals
Optimizing the process of developing novel biopharmaceutical products is an area of great promise to deliver value to patients and clinicians. A key...
Digitally Transform Your Specialty & Fine Chemicals Process Development
Leveraging process modeling tools is vital for accelerating the journey to market for new products, or for optimizing the margins of existing processes. Often...