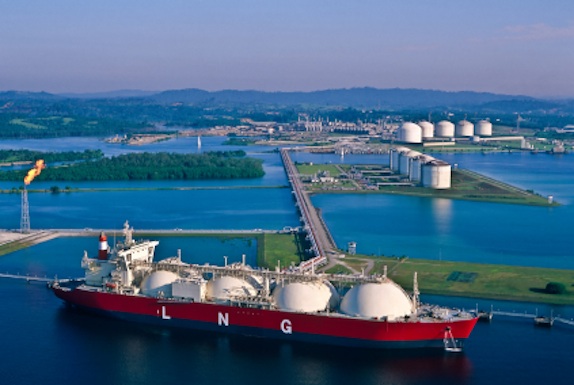 While in mid-2008 oil prices climbed to almost $150 per barrel and then completely unexpectedly and suddenly dropped to around $40, prompted by the “credit crisis,” compounded by economic recession and then moved on back to $100, natural gas whose international price zoomed to as high as $25 per Mscf (in parity with oil in Japan) has remained low. There are many reasons for this situation and they include considerable demand destruction in Russia, large new capacity of LNG in Qatar and, of course, the inertia of the success in shale formation activities in the United States, arguably one of the most important developments in the petroleum industry in decades.

These price gyrations affect all aspects of the natural gas world including the import of LNG, the desirability or lack thereof of arctic pipelines, conventional and, especially unconventional gas production production.

Internationally, energy militant nations such as Iran and, over the last few years, Russia hold a considerable sway over the energy trade pushing periodically, among other issues, for a gas cartel. Russia’s energy ascendancy over the past decade has been an important and devastating influence in Europe and threatens to spread further.

One obvious bright spot for the future is that energy consumption in the generation of wealth and the forms of primary energy sources have not been constant throughout the last two centuries. Of considerable significance is the change of fuels from wood to coal to oil and now to natural gas and, eventually, hydrogen will play a role. Wide use of compressed natural gas (CNG) and electricity in transportation is the only obvious long-term, decades away, future. However, this expected sea of change may be retarded in the traditional developed world of the United States and Europe, burdened by huge existing infrastructure; China and India will likely lead the way.

Distorting the economically sane path to the future is the confusion deriving from the current lack of overlap between primary energy sources such as oil and natural gas and improbable ideas for alternative energy sources such as the practically energy-negative bio-fuels, headed by ethanol or, even more impractical alternatives such as solar electricity. Recent technological breakthrough to produce ethanol from hydrocarbons such as coal and, especially in the United States, from natural gas, is likely to further enhance the contribution of natural gas as a primary energy source. Ethanol whose use has been artificially boosted by government subsidies and has been produced from corn has created an additional ready market for natural gas.

Natural gas, at prices significantly below BTU parity with oil for a long time to come, will certainly play a pivotal role in world energy supply and will move towards becoming the premier fuel of the world economy. A significant feature of future gas prices is that they are likely to be technology driven, similar to oil prices, rather than resources driven. Shale production and widely available LNG facilities will unify the price of gas internationally and reduce its seasonality in the not too distant future.

Michael Economides is a chemical and petroleum engineer and an expert on energy geopolitics. He is a professor at the Cullen College of Engineering, University of Houston and managing partner of Dr. Michael J. Economides Consultants, Inc., where he works with a wide range of industrial consulting, including major retainers by several Fortune 500 companies and national oil companies. He is the Editor-in-Chief of Energy Tribune (www.energytribune.com), a newsletter in the energy and related industries and activities, and Editor-in-Chief of... END_OF_DOCUMENT_TOKEN_TO_BE_REPLACED