Fukushima Daiichi - An Update on the Current Status, Lessons Learned, and Path Forward 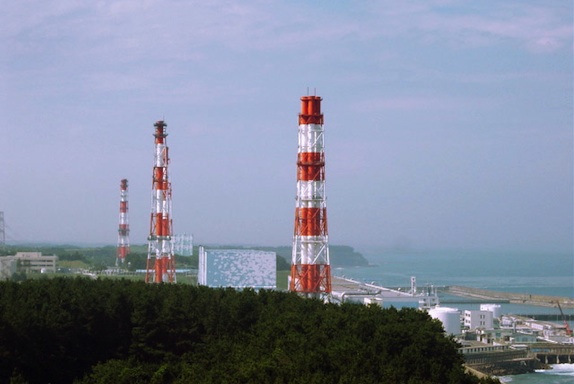 On March 11th, 2011 the magnitude 9.0 (Mw) Tohoku earthquake occurred off the coast of Japan. This earthquake was the most powerful known earthquake to have hit Japan. It was also one of the five most powerful earthquakes in the world, and, combined with the ensuing tsunami, tragically resulted in more than 20,000 persons confirmed dead or missing, presumed dead. This disaster, which will likely become the most expensive natural disaster on record, has significantly disrupted Japanese society and industry, including significant damage at the Fukushima Daiichi nuclear power plant resulting in a event provisionally rated as a 7 on the International Nuclear Event Scale (INES).

On April 12th, 2011, AIChE presented a webinar called 'Fukushima Daiichi: How We Got Here and Where We're Going', which covered the then-current knowledge regarding events in Japan.* The U.S. Nuclear Regulatory Commission (NRC) has since issued a report presenting lessons learned from the event, and the U.S. and Japanese nuclear industries are beginning to respond to these findings.

This webinar, called 'Fukushima Daiichi: - An Update on the Current Status, Lessons Learned, and Path Forward' presents an update as to what happened, the current status at Fukushima Daiichi, and an overview of the NRC report. It also explores lessons learned, potential implications, and paths forward for the nuclear industry in the U.S., Japan, and elsewhere internationally.

Kenny Anderson is a nuclear engineer currently working at the Grand Gulf Nuclear Station near Vicksburg, Mississippi.  As a member of the Extended Power Uprate team he is focused primarily on reviewing and performing safety analysis calculations.  Kenny is interested in all aspects of numerical modeling, particularly including coupled multi-physics, uncertainty quantification, benchmarking, and optimization.

Prior to Grand Gulf, Kenny worked for General Electric Hitachi in several safety analysis, methodology development, and computer programming roles.  In 2008 he... END_OF_DOCUMENT_TOKEN_TO_BE_REPLACED

Mary Lou earned a B.S. in chemistry in 1987 and began professional life with 7 years of teaching secondary school in the U.S. and U.K.  Subsequently, she studied environmental science (M.S.) and nuclear engineering (Ph.D.) at Penn State University (and Argonne National Laboratory – West), USA.  From 2004 to present, Mary Lou has been

Assistant Professor of Nuclear Engineering at Idaho State University (ISU) with joint appointment as a researcher at the Idaho National Laboratory.

Nathan Sanfilippo has been with the Nuclear Regulatory Commission (NRC) since 2002 and began his current assignment as an Executive Technical Assistant, in the Office of the Executive Director for Operations (OEDO), in May of 2010.  He is the primary advisor to the Executive Director for programs of the Office of New Reactors and for NRC’s Region II office, which oversees operating nuclear power reactors in the Southeast U.S.  Most recently, Nathan was a member of the NRC’s Near-Term Task Force which evaluated insights from the nuclear accident at the Fukushima Dai-ichi plants in... END_OF_DOCUMENT_TOKEN_TO_BE_REPLACED