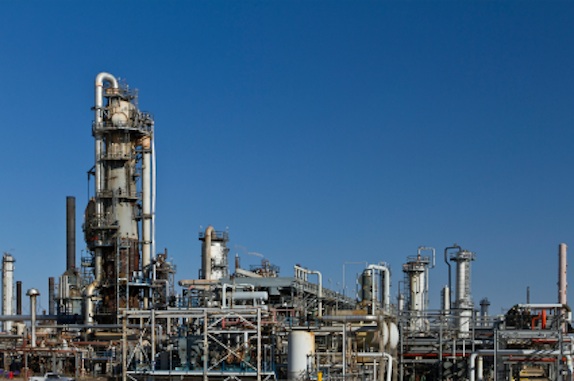 This Webinar, sponsored by South Texas Section of the AIChE, Texas Industries of the Future and AIChE Center for Energy Initiatives, was presented at the 15th Texas Industrial Energy Management Forum. It presents what the plants learned about implementing an energy management system and demonstrating energy performance improvements—the benefits, the barriers, and the lessons learned.

The Superior Energy Performance is a national site-based energy efficiency certification program that was launched in 2011. The program is organized around ISO 50001.

Superior Energy Performance was piloted from 2008 to 2010 in by four plants: Cook Composites and Polymers, plant; Freescale Semiconductor, Inc., Oak Hill plant; Owens Corning, Waxahachie plant; and Union Carbide (a subsidiary of Dow Chemical Company), plant. The plants provided substantial input into the design of the program, as did other end-users on the US Council for Energy-Efficient Manufacturing. The four plants saw verified energy performance improvements from 6.5% to over 15% over a two to three year period.

“The Future of Energy Management: ISO 50001 and Energy Performance”

“Implementation of Energy Performance at a Semiconductor Fab”

Freescale integrated energy management into their existing environmental, health and safety management system based on ISO 14001 and OHSAS 18001. The energy management system helped transform the emphasis from efficiency at the project level to focusing on improving key performance indicators (KPIs) developed to monitor the operation of major energy using plant systems. KPIs are used for continual improvement of energy efficiency in central utility plant and at point of use in manufacturing.

“Implementation of Energy Performance at a Small Batch Chemical Plant”

Ms. Magoon leads Cook Composites and Polymers Co (CCP) Integrated Management Systems which includes health, safety, environmental, quality and now energy. She will provide her perspective on integration of the energy management system into existing systems, creating an effective balance of plant involvement and corporate support. CCP leveraged its experience in the pilot project at the plant to develop a corporate program on energy management.

“Implementation of Energy Performance at an Insulation Plant”

This presentation shares first-hand experience of implementing a Management System for Energy and Superior Energy Performance by the Owens Corning , plant. At the time that the plant volunteered for the Texas Pilot Program, the Owens Corning - Waxahachie plant was considered a large plant with a mature energy program - large, due to their actual size and energy consumption; and mature, due to the company/plant’s structure and process for energy, which was already imbedded within the organization. The presentation discusses the resources required during implementation, identifies external and internal challenges faced during implementation, outlines the benefits a large, mature company should realize from implementing such a program, as well as the challenges the Owens Corning – Waxahachie plant faces going forward.

Mr. Michael Gromacki serves as President of Dixie Chemical. He has over 25 years of experience in the chemical industry. He started his career in engineering consulting practice and joined TOTAL S.A. subsidiary Cook Composites & Polymers (CCP) in 1997 where he served for twelve years in a progression of roles leading to Vice President. He joined Dixie Chemical in March of 2009 as Vice President of Operations and added the role of Chief Technology Officer in 2010. He was promoted to Senior Vice President in July 2014 and in June 2015, he assumed the leadership of Dixie. He was appointed... END_OF_DOCUMENT_TOKEN_TO_BE_REPLACED

Elements of Two-Stage Unicracking for Maximum Distillate Production
Diesel fuel is projected to be one of the strongest market growth transportation fuels over the next ten years. Availability of more heavy and sour crudes,...
Hydrogen System Operation
This course emphasizes the need for safe practices like following procedures and managing change. It also describes operational best practices like the need...