From Zero to World No.1 LNG Exporter in Less Than 10 years, Qatar | AIChE
Skip to main content

From Zero to World No.1 LNG Exporter in Less Than 10 years, Qatar 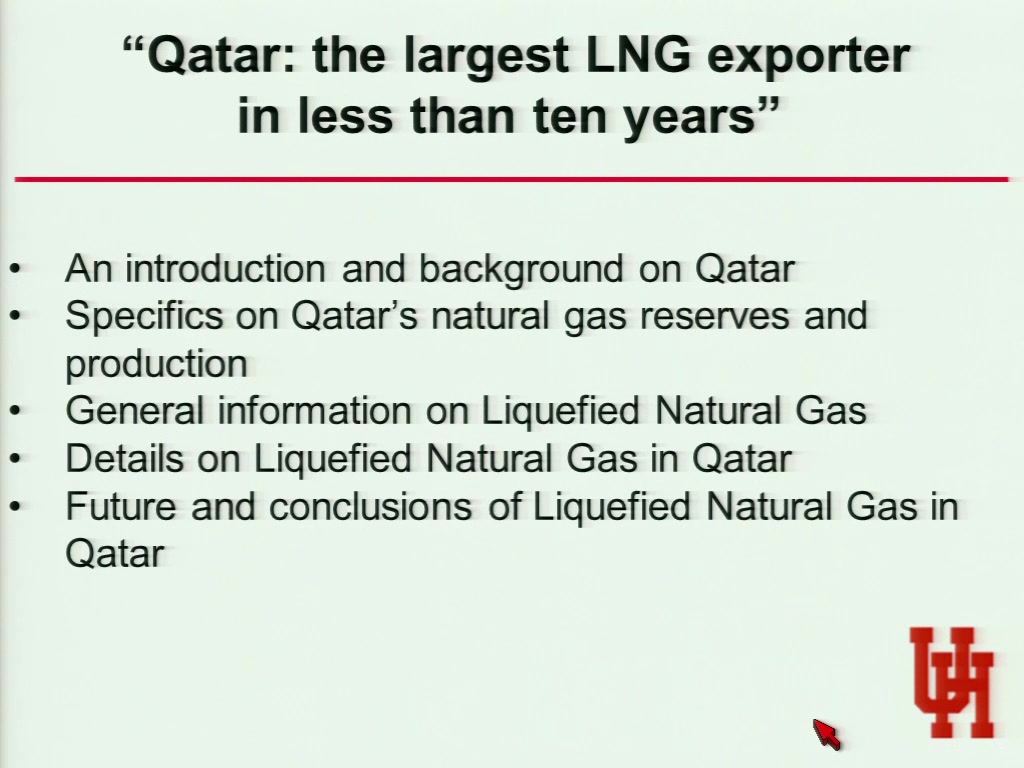 Qatar is a member of the OPEC and is a significant oil producer, but the Qatari government has devoted much more efforts to the development of natural gas. Especially, it intends to export the gas as the liquefied natural gas (LNG). In 1997, Qatar starts to export LNG to Spain.  In 2006, less than 10 years, Qatar reportedly surpassed Indonesia to become the largest exporter of LNG in the world. Qatari government has built many base LNG load plants in very short time. However the government officials have announced that they do not anticipate building any more LNG facilities in the near-term future, and that any additional capacity increases will be the result of improvements in the existing facilities.

This paper will cover the followings

2)    How important is the Qatari LNG production to the world?

3)    Where they export the LNG to? Who are their clients? How much? What kind of price

4)    Current and future natural gas and oil reserve and production. Any concerns and how stable are their production

5)    How many LNG productions trains and how big is each train capacity. How are those trains comparing with other’s train in the world?

6)    How many LNG ships in operation and their capacity. How are those ships capacity comparing with other’s ship in the world?

Preview Presentation:
Presenter(s):
J. C. Kuo
Once the content has been viewed and you have attested to it, you will be able to download and print a certificate for PDH credits. If you have already viewed this content, please click here to login.