Is Your Knockout Drum Adequately Sized? 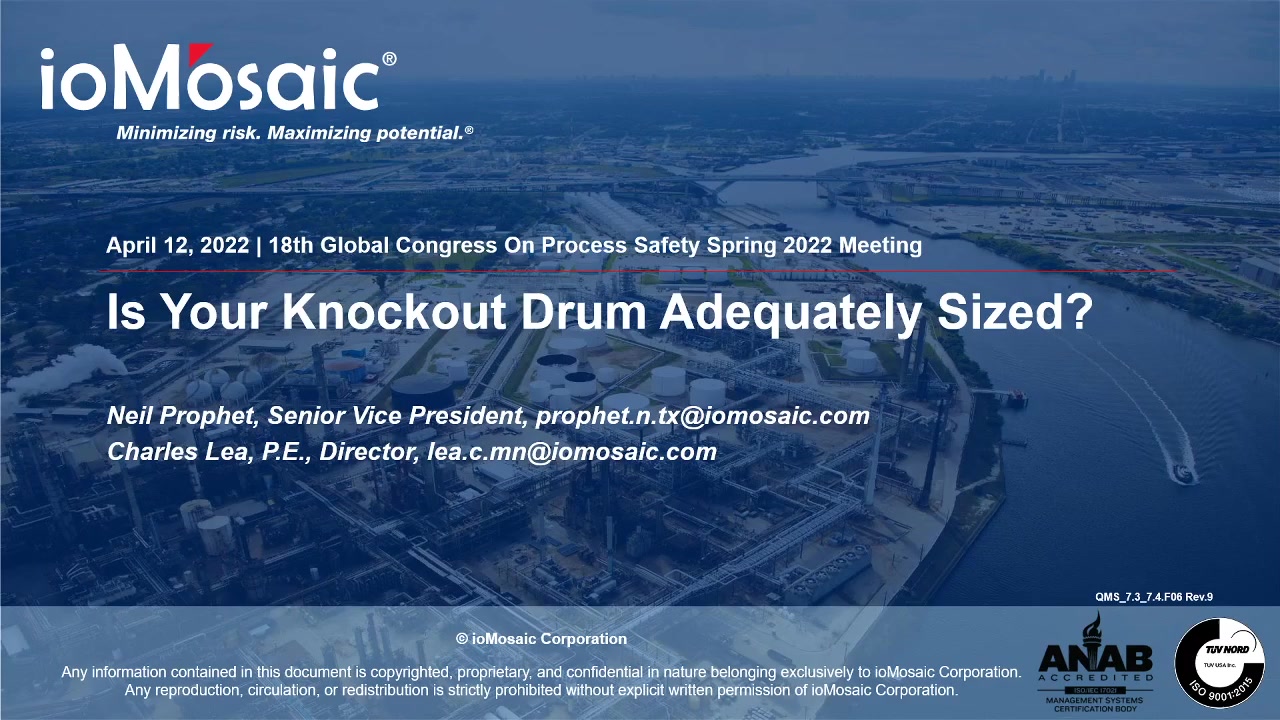 API Standard 521, Section 5.9, provides detailed guidance for the design of knockout drums. Most flares require that the particle size be reduced to a minimum of less than 300-600 Î¼m, though API RP 14J suggests sizing for liquid droplets between 400 and 500 Î¼m. Knockout drums can be either vertical or horizontal, depending on process requirements and available space. Either way, the equipment diameter must be large enough to keep the vapor velocity sufficiently low to allow entrained liquids to settle or drop out.

Knockout drums should be sized to handle the greatest liquid volume expected at the maximum rates of liquid buildup and pump out. API Standard 521 suggests 20-30 min of liquid holdup. The maximum allowable working pressure (MAWP) of the knockout drum is usually around 50 psig (3.4 barg) as this is expected sufficient to withstand an internal deflagration.

Preview Presentation:
Presenter(s):
Neil Prophet
Once the content has been viewed and you have attested to it, you will be able to download and print a certificate for PDH credits. If you have already viewed this content, please click here to login.

Safe Facility Depressurization By Blowdown Sequencing Logic Based on Pressure Measurement
An emergency depressuring is a safeguarding measure to protect pressure vessels from failure due to high thermal stresses resulting from a fire event. During a...
CSB Investigation of Chevron Richmond Refinery Fire
On August 6, 2012 a hydrocarbon fire occurred at approximately 6:30 p.m. in the crude unit of the Chevron Richmond Refinery in Richmond, California...