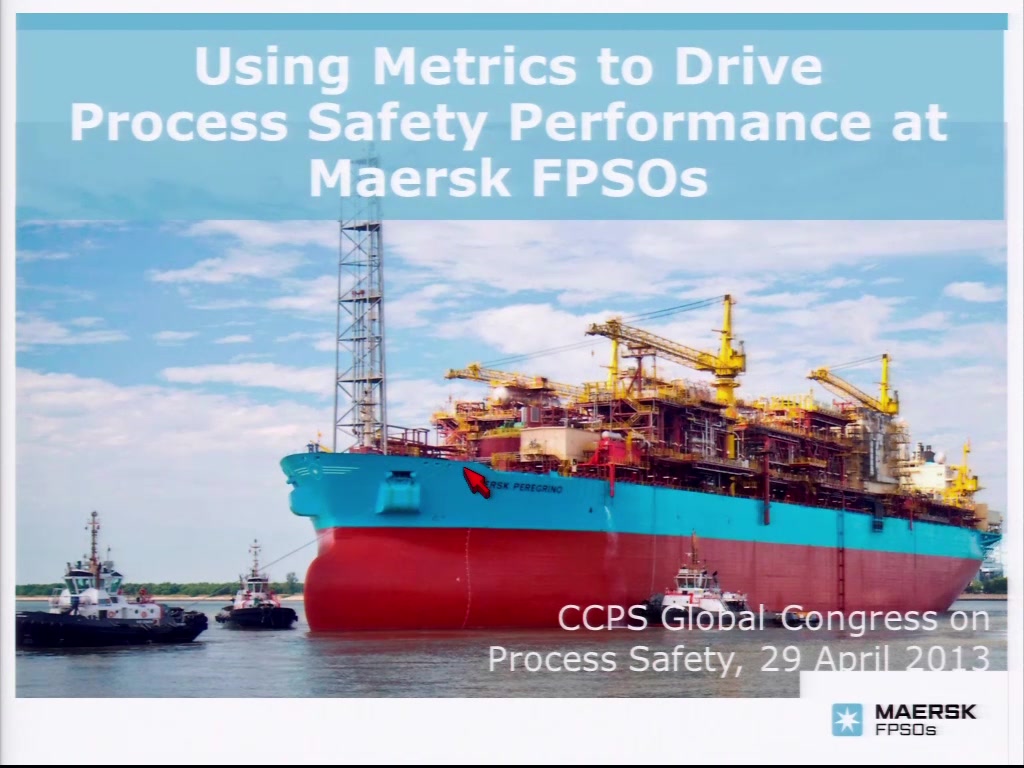 Maersk FPSOs operates five offshore assets, including floating oil production and storage ships, in locations ranging from the North Sea to the South Atlantic Ocean.  Like many operators in the oil and gas industry, Maersk FPSOs has long understood the importance of identifying, understanding, and managing risks associated with major accidents.  But it’s difficult to manage something without feedback; many would say it’s not even possible.  Like other operators, Maersk FPSOs had struggled to measure process safety performance, and more importantly to help everyone in the organization understand the linkage between the activities they do on a day-in, day-out basis and major accident risk.  In addition, senior management struggled to know if process safety performance is “good enough.”  Clearly, the lack of major accidents was not a sound predictor of when the next one might occur, and it was not clear whether process safety performance at Maersk FPSOs was acceptable, or if it was improving, stagnating, or possibly degrading. Therefore, about 2 years ago, Maersk FPSOs embarked on a path to create an effective tool to monitor process safety; one that focused on measuring “what we do,” rather than standards or policies that focused on “what we say we should do” or “what we know we should do.”

The core of the effort is a dashboard with a series of layered process safety metrics using real-time displays on video monitors located in prominent locations in offices, production areas, and other locations where the indicators provide maximum visibility for Maersk FPSO employees. The aim of this effort is to ensure that process safety indicators not only are reported to senior management, but, more importantly, are also seen and used on the producing units by front line employees whose actions directly influence/control the process safety performance. The metrics chosen by Maersk FPSOs “roll up” so the top of the metrics pyramid is linked to measurable activities, thus providing a clear picture linking what Maersk FPSO employees and contractors do (or don’t do) and what happens in the workplace to Maersk FPSO’s risk profile.  Since launching this initiative, Maersk FPSOs has seen measurable improvement in many of the leading indicators.  More importantly, the rate and severity of precursor events have fallen as leading indicators have improved.

In this paper, we (1) describe the metrics being tracked, (2) explain the rationale used to select and link them, and (3) provide examples of the feedback Maersk FPSOs employees are exposed to, and affected by, on a daily basis. Further, the paper touches on the importance of a detailed rollout plan in order to obtain buy in from an audience that constantly is exposed to safety campaigns.

Preview Presentation:
Presenter(s):
William Bradshaw
Jeppe Guld
Once the content has been viewed and you have attested to it, you will be able to download and print a certificate for PDH credits. If you have already viewed this content, please click here to login.