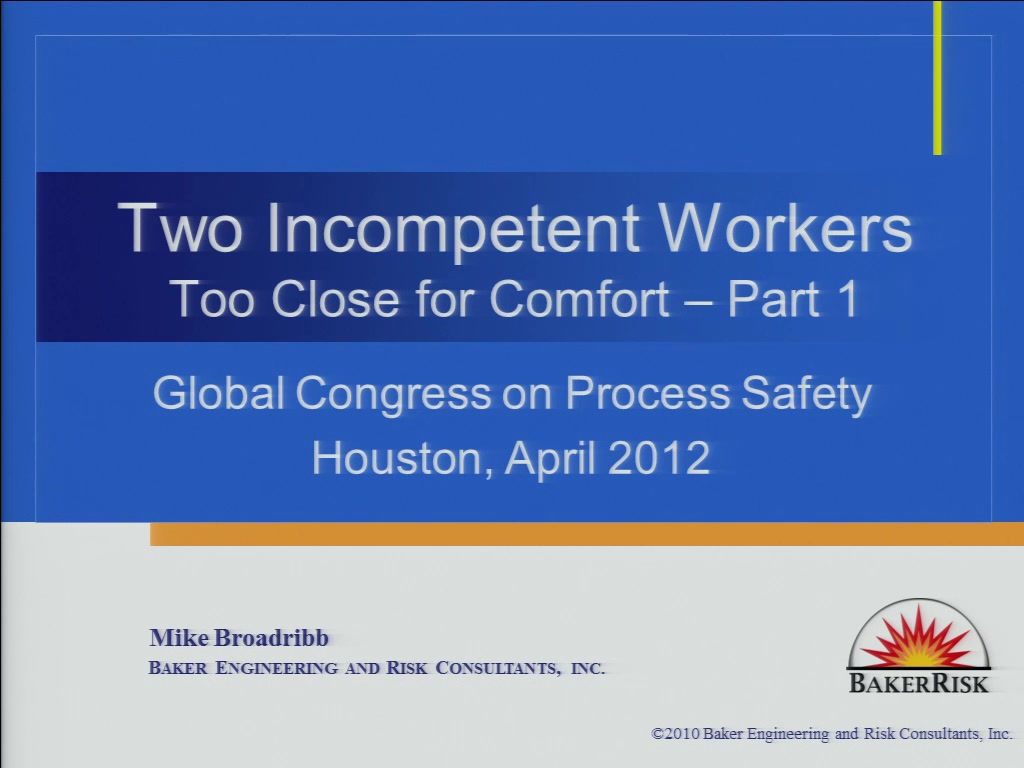 Learning from experience is one of the four pillars of Risk-Based Process Safety. Incidents that occur at one facility often provide opportunities to strengthen management systems at other facilities. Sharing the technical lessons learned from incidents is morally right and vital to improving process safety performance across the process and related industries. Most incidents also involve human factors, often as a key causal factor. Understanding these performance shaping factors can also be essential to minimizing future failures.

In his early career the author was involved in two major incidents while managing the day-to-day operation of refinery process units. This paper describes the first incident involving 2 major fires. A later paper (part two) will describe the second incident where several employees were rendered unconscious from exposure to sour gas. In both incidents the author found himself decidedly too close for comfort and could easily have become a casualty himself.

A series of operating incidents, two of which resulted in fires requiring the assistance of the external fire brigade, occurred on a process unit over a period of 7 hours. The first was a fire on the pre-heater which was diagnosed as a tube failure and the appropriate emergency procedure put into effect. The second, about 2 hours later, was a leaking flange joint under the main fractionating column, which did not ignite but was drenched with foam as a precautionary measure. The third occurred when the unit feed line was being depressurized and a cloud of escaping vapor ignited. This resulted in a ‘major fire' being declared some 2 3/4 hours after the initial incident.

The content of this paper will raise awareness of lessons learned relating to a number of elements of Risk-Based Process Safety and human factors.

Preview Presentation:
Presenter(s):
Mike Broadribb
Once the content has been viewed and you have attested to it, you will be able to download and print a certificate for PDH credits. If you have already viewed this content, please click here to login.

Well, Well! Are We Drilling in the Right Direction?
Model to Implement Industrial and Operational Certification Program
The intent is to present a practical model implementation of industrial and operational certification program that consider the most effective didactical...