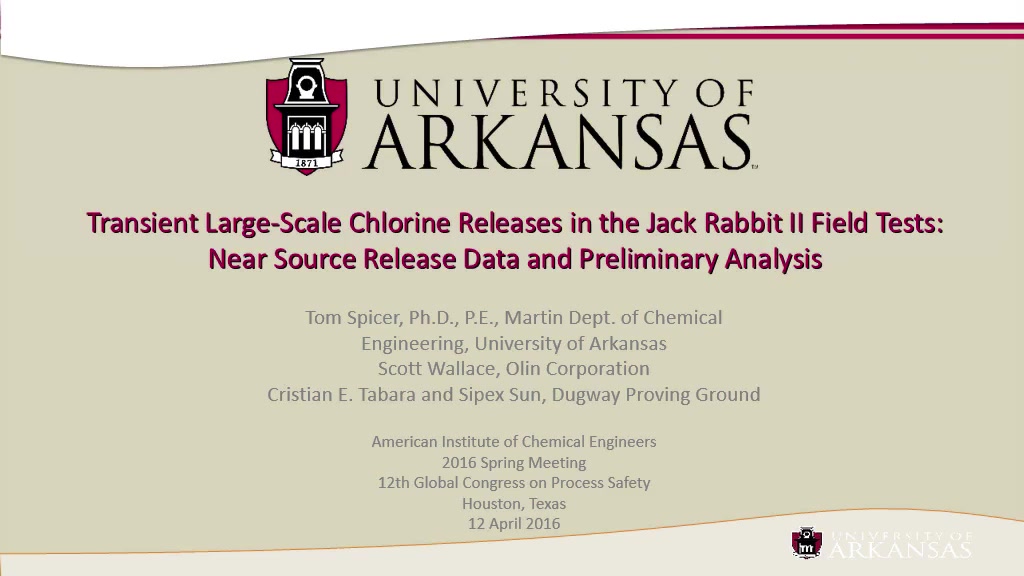 Sponsored by the Chemical Security Analysis Center (CSAC) of the U.S. Department of Homeland Security, the Defense Threat Reduction Agency (DTRA) of the U.S. Department of Defense, and Transport Canada, the Jack Rabbit II tests were designed to release liquid chlorine at ambient temperature in quantities of 5 to 20 T for the purpose of quantifying the behavior and hazards of catastrophic chlorine releases at scales represented by rail and truck transport vessels.  Phase 1 of the two-year testing campaign was conducted at Dugway Proving Ground, Utah, in August and September of 2015.  Five successful field trials were conducted in which chlorine was released in quantities of 5 to 10 tons through a 6-inch circular breach in the tank and directed vertically downward at 1 m elevation over a concrete pad.  Data from the test program is being made available.  This paper summarizes the design of the tank, release mechanism, and the instrumentation used to quantify the internal dynamics of the tank during the release, including the release rate along with the near source region (over the 25 m diameter concrete pad).  In common with other toxic industrial chemicals (TICs) such as ammonia, liquid chlorine stored at ambient temperature will flash when depressurized to atmospheric pressure forming an aerosol.  This paper also discusses a preliminary analysis of the available data to model the release rate as a function of time under such circumstances.

Preview Presentation:
Presenter(s):
Thomas O. Spicer
Once the content has been viewed and you have attested to it, you will be able to download and print a certificate for PDH credits. If you have already viewed this content, please click here to login.

Sensitivity Analysis of Transport Conditions on Liquefied Gas Hazards
Over the last decade, regulatory and societal scrutiny of the hazards of transportation of flammable liquids and liquefied gases has risen considerably...
Promoting Commitment to Process Safety
Successful implementation of process safety management (PSM) typically requires the use of a combination of physical and procedural safeguards. Ideally, these...