Taking a Risk for Safety | AIChE
Skip to main content

Taking a Risk for Safety 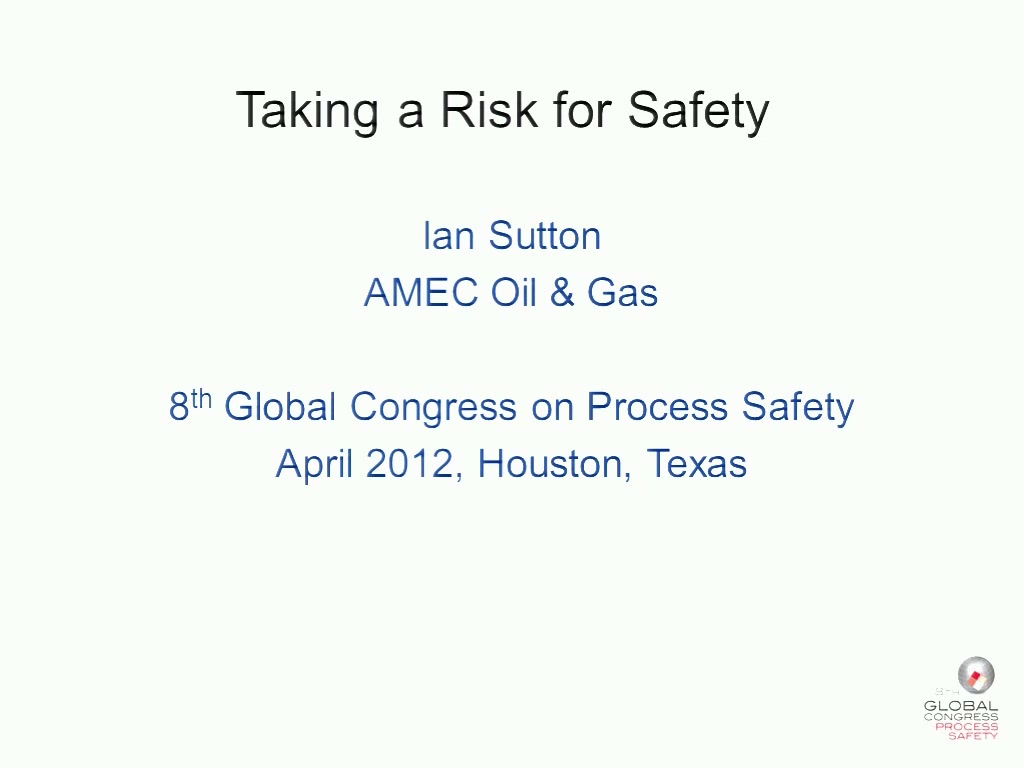 Taking a Risk for Safety

Over the last twenty years companies in the process industries have invested heavily in their occupational safety programs. These investments of time and money have been made in many areas, including training, behavior-based safety and the use of PPE. The results have been impressive: accident rates, both onshore and offshore, have improved by a factor of ten.

During the same time period these companies have also developed and implemented process safety programs. While the results of these programs are more difficult to evaluate statistically than for occupational safety, it is probably fair to say that most managers believe that great strides have been made in areas such as the use of operating procedures, management of change and hazards analysis.

The developments in occupational and process safety have taken place as the result of strategic thinking and long-term planning. However, when faced with an immediate crisis the use of management systems is not enough – those responsible for the safety of a facility must lead, not manage.

During a crisis and the immediate aftermath of a major incident, the role of the person in charge (and there should be just one person) becomes analogous to the captain of a ship or an officer leading his troops in battle. He or she will be faced with two certain problems. First, there will be insufficient information – decisions will have to be made in “the fog of war”. Second, a decision to ensure the safety of the facility and the people on it is likely to require the leader to “take a risk for safety”. In particular, if the leader decides to shut down a facility, there are likely to be substantial economic losses and his or her career could be seriously jeopardized, particularly if it is found later that there was no need for a shutdown. In other words, leaders must be willing to “take a risk for safety”.

One of the consequences of the Deepwater Horizon incident (2010) was that the new federal agency in charge of offshore safety (BSEE) has placed great importance on the topic of “Stop Work”. In other words, if a worker observes a situation that he or she considers to be potentially dangerous, he has the authority to stop the on-going work until his concerns are resolved. Unfortunately such stop work programs are generally seen in terms of the on-site worker, not as part of the role of the facility manager. Yet the real need for stop work decision-making lies with the facility leaders; they should be willing to risk financial loss in order to ensure safety.

This paper will discuss some actual situations where a failure to “take a risk for safety” made a bad situation much worse. The paper will also discuss the need for a clear line of command during an emergency situation.

Preview Presentation:
Presenter(s):
Ian Sutton
Once the content has been viewed and you have attested to it, you will be able to download and print a certificate for PDH credits. If you have already viewed this content, please click here to login.

Two Incompetent Workers; Too Close for Comfort ñ Part 1
Learning from experience is one of the four pillars of Risk-Based Process Safety. Incidents that occur at one facility often provide opportunities to...
SAChE® Certificate Program – Risk Based Process Safety - Manage Risk: Training and Procedures
Chemical processes are prevalent in colleges, universities, research and design as well as industry. These process are instrumental to learning, and advancing...