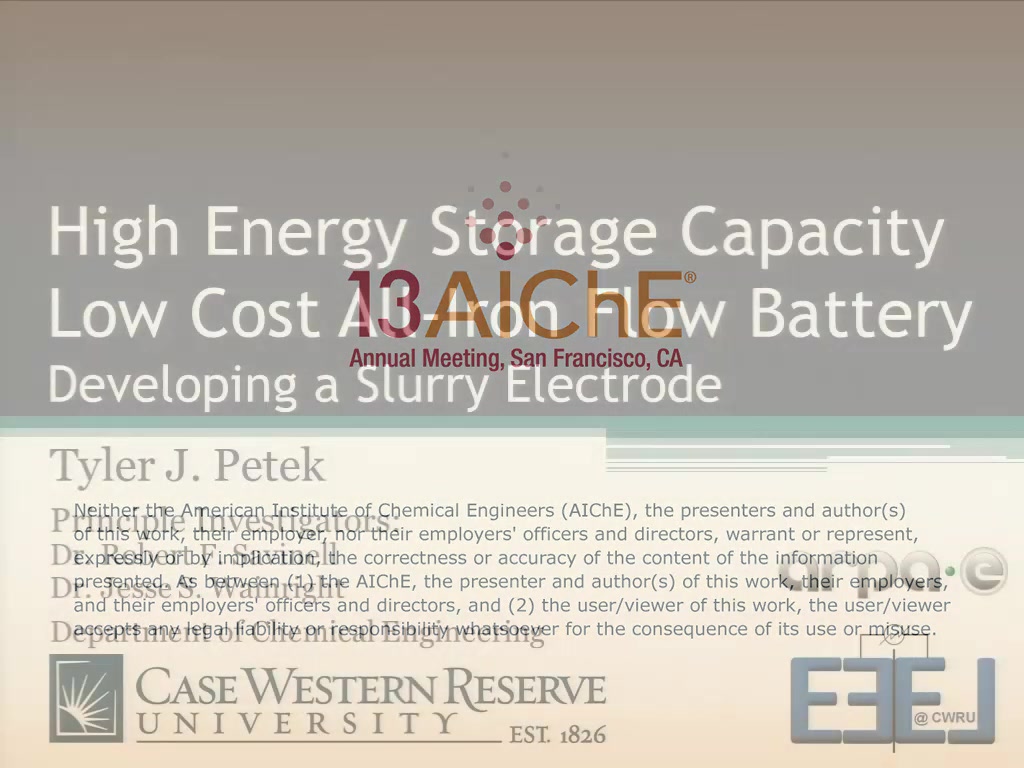 The energy production market must change its output to match real time demand; making production very inefficient and restricting the grid's ability to rely upon intermittent renewable sources, i.e. solar and wind. Both of these issues can be alleviated by grid scale energy storage that could store energy when it is available and distribute energy as needed.

In typical batteries, all of the active materials are stored inside the battery. This directly couples the storage capacity and power so there is very little economic advantage to scaling, making standard batteries cost prohibitive for grid level energy storage. In redox flow batteries, the electrochemically active species are dissolved in an electrolyte and stored externally. During operation, the chemicals are pumped through the active cell where the reactions take place. Now, the energy storage capacity is dictated by the amount of chemicals stored and the power is dictated by the size of the cell. This allows redox flow batteries to have a significant advantage of scaling and drives down the cost significantly.

The all-iron flow battery is a potentially low cost energy storage device that utilizes domestically abundant materials (iron is the only active element), cheap aqueous electrolytes, and inexpensive separators. During charging, ferrous iron (Fe2+) is oxidized at the positive electrode to ferric iron (Fe3+) while ferrous iron is reduced to form iron metal at the negative electrode. These reactions are reversed during discharge. A schematic of the all-iron battery is shown in figure 1. This all-iron flow battery has a nominal cell potential of 1.2 Volts. [1] With conventional electrodes the energy storage capacity and power rating are coupled because the iron is plated in the cell. In order to decouple the energy and power ratings of the battery and regain the economic advantages of a flow battery without losing the advantages of the all-iron chemistry, a new electrode design needs to be developed. This project is investigating the use of slurry electrodes in order to decouple the all-iron battery.

A slurry electrode is made by flowing electrically conductive particles in an electrolyte containing the dissolved iron species.  Iron is plated onto the particles in the negative side while charging.  The particles can then carry the iron metal out of the cell to be stored in external reservoirs. This decouples the energy storage capacity and power rating, regaining the economic advantages of scaling inherent to true flow batteries. Some known applications of slurry electrodes include waste water treatment [2] and in zinc-air batteries. [3] A schematic of a slurry electrode is shown in figure 2.

Slurry electrodes have been tested utilizing a variety of particles including natural carbon micro-flakes, multiwall carbon nanotubes, carbon nanofibers, nickel micro-fibers, and copper micro-particles. All of the slurries tested thus far have exhibited shear thinning behavior as seen in figure 3. Based upon the viscosity characteristics, the flow of a slurry electrode was simulated in a 1000 cm2 flow field in SolidWORKS. The parasitic pumping costs for a 5 kW flow battery is estimated to be less than 1 W at flow rates up to 23 times the stoichiometric flow rate based upon these simulations. The stoichiometric flow rate is the minimum flow rate required to sustain the applied current assuming 100% conversion of the reactant. For these calculations, it was assumed that the 5 kW battery was made up of 28 cells, each 1000 cm2, and operated at 200 mA/cm2.

While the slurry electrodes investigated thus far have been shown to have appropriately low viscosities and pumping costs, their electronic conductivities are not high enough for flow battery electrode applications. Further work is being done in novel electrode designs and slurry compositions, as well as current collector designs, in an attempt to control the deposition of iron while keeping the overpotentials low. 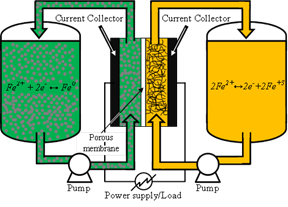 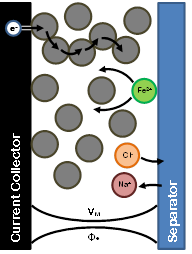 Figure 2: A schematic of a slurry electrode. 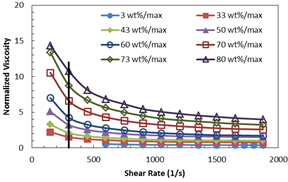 Figure 3: This figure shows the normalized viscosity plotted against shear rate for 20µm natural flake carbon particles at varying weight percent. The viscosity is normalized by the base electrolyte,
2M FeCl2, which is about 4 cP at room temperature. [4] The vertical line at 300 s-1 indicates the shear rate associated with 5X stoichiometric flow rates in the 1000 cm2 cells that were simulated. [5] 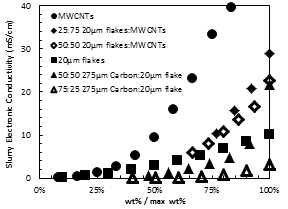 Preview Presentation:
Presenter(s):
Tyler J. Petek
Once the content has been viewed and you have attested to it, you will be able to download and print a certificate for PDH credits. If you have already viewed this content, please click here to login.

Dynamic Model of a Solar Thermal Transport Tube Reactor for Control Purposes
A solar thermal reactor receives concentrated solar irradiation and uses this energy to thermally convert biomass into synthesis gas (H2, CO and CO2). The...
Materials Modeling - from the Molecule to the Final Product
Chemical & process companies cater to a wide range of industries such as aerospace, automotive and consumer products. Chemical products from the process...