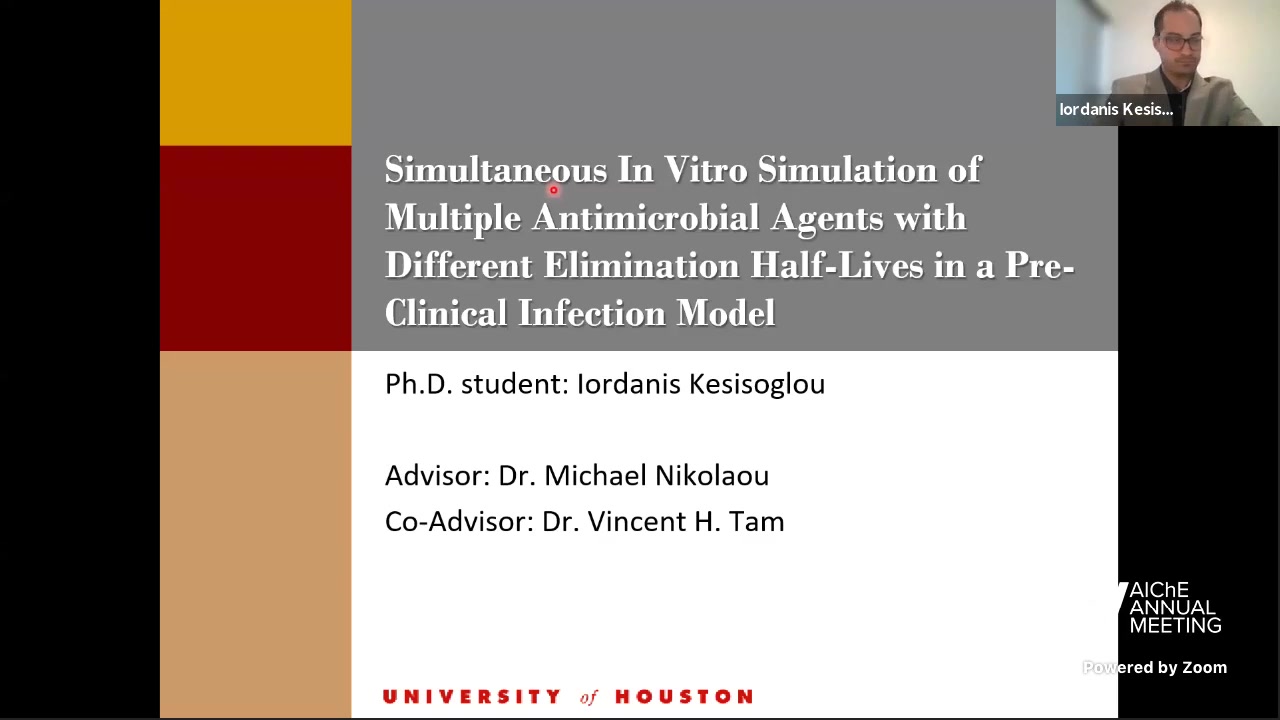 Background: Combination therapy for treatment of multi-drug resistant bacterial infections is becoming increasingly common. In vitro testing of drug combinations under realistic pharmacokinetic conditions is needed before a corresponding combination is eventually put into clinical use.

Objectives: The current standard for in vitro simulation of the pharmacokinetics of two drugs with distinct elimination half-lives cannot be extended to combinations of three or more agents, thus creating a growing need. To address that need this study is focused in the development of a general method to design an in vitro model for simultaneous simulation of the kinetics of an arbitrary number of drugs with different half-lives.

Results: Corresponding design equations for sizing and operation of each configuration are rigorously developed and are suitable for immediate use by experimenters. These equations were used for experimental verification using a combination of three antibiotics with distinctly different half-lives (meropenem, ceftazidime, and levofloxacin).

Conclusions: While experimental verification involved antibiotics, the method is applicable to any anti-infective or anti-cancer drugs with distinct elimination pharmacokinetics. With increasing importance of in vitro simulation of the kinetics of an arbitrary number of drugs in combination, the methods developed here are an important new tool for the design of such in vitro models.

Preview Presentation:
Presenter(s):
Brianna M Eales
Iordanis Kesisoglou
Kimberly R. Ledesma
Paul R. Merlau
Michael Nikolaou
Vincent H. Tam
Weiqun Wang
Once the content has been viewed and you have attested to it, you will be able to download and print a certificate for PDH credits. If you have already viewed this content, please click here to login.