Shuttling Nanoparticles to the Vascular Wall Via Deformable, Vascular-Targeted Microparticles 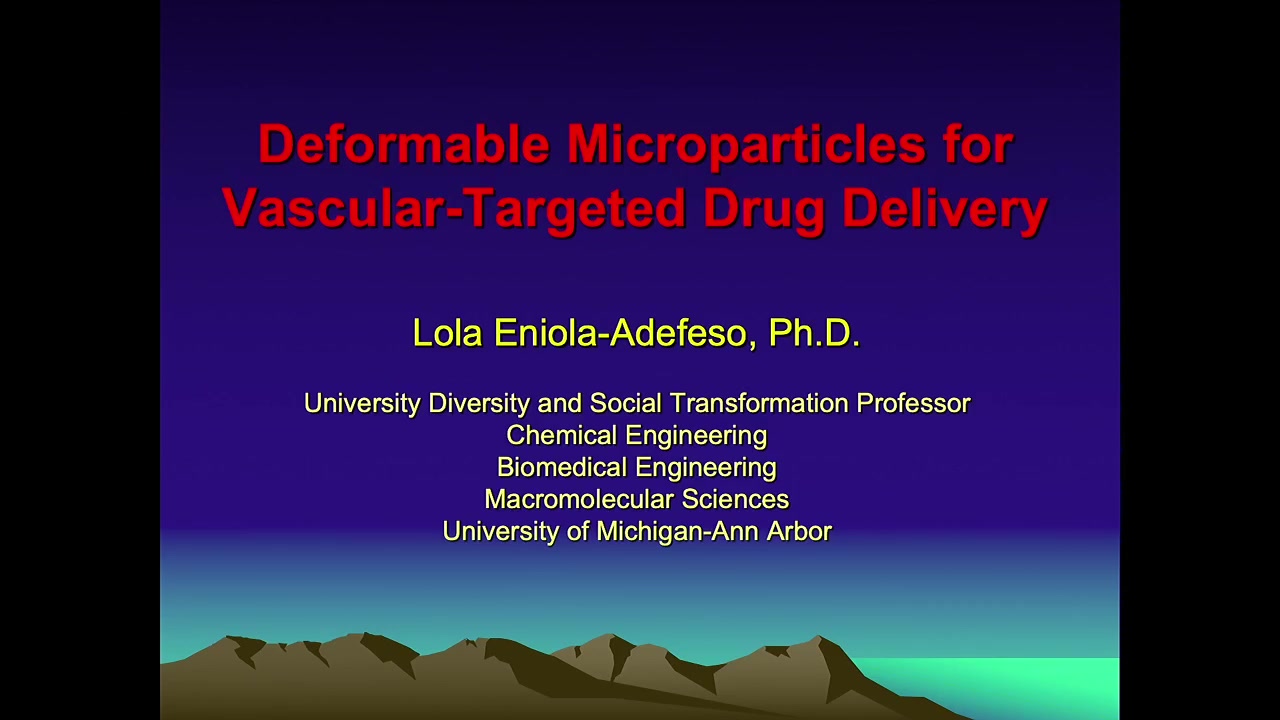 Vascular-targeted drug carriers (VTCs) are typically polymeric particles engineered to adhere to and accumulate at sites of disease via markers on the vascular wall, producing localized delivery of drugs. Several publications have established that drug carriersâ€™ physical properties determine their circulation time, biodistribution, vascular wall adhesion, and immune interactions. For VTCs, efficient vascular wall localization, i.e., successful margination from bulk blood flow, is a critical prerequisite for adhesion and the eventual release of their drug payload to the diseased endothelium or tissue.

Biocompatible, biodegradable nanoparticles (NPs) are appealing drug carrier candidates, with NPs of 20-80 nm in diameter able to avoid immune recognition and clearance. The high surface-area-to-volume ratio of NPs also allows rapid drug release from the carrier, while their physical size facilitates transcytosis into adjacent tissues. However, recent works reveal that less than 1% of injected NP doses reach the intended site, which may be linked to the recently highlighted diminished ability of NPs to marginate, i.e., localize to the vascular wall. Though microparticles (MPs) of 2-3 Âµm diameter are reported to exhibit high margination and appear optimal as VTCs, these microcarriers still face challenges, including the potential for short circulation times, dangerous capillary occlusions for rigid MPs, and the lack of intercellular delivery benefits unlike NPs. Furthermore, the ability of the targeting ligands grafted on carrier surfaces to bind over-expressed receptors on the diseased vascular wall has been debated in the literature; ligands are often proteins, which are thought to decrease the circulation time and half-lives of particles significantly. Some use this fact alone as a rationale to abandon the targeted particle strategy, focusing instead on extending the circulation time for passive accumulation. Thus, researchers have recently established particle Youngâ€™s modulus, or the tensile stiffness of a material, as a critical physical property for VTCs. Lower modulus decreases non-specific particle entrapment and slows phagocytosis by immune cells. Conversely, if particles rapidly bind to the target site, the circulation half-life may not be the only defining particle characteristic. To date, these competing paradigms have yet to be directly tested experimentally.

This study examines the possibility of loading NPs into vascular-targeted, deformable MPs to overcome the previously highlighted transport limitation faced by NPs. We find that size and MP modulus are the controlling variables of overall particle delivery to the vascular wall, with targeting moieties providing a necessary component to sustain particle accumulation. More importantly, we show that NP-loaded hydrogel MPs effectively deliver more NPs to the vascular wall than free NPs. Overall, this work offers an avenue to increase the clinical utility for NP VTCs, with applications in many common diseases.

Preview Presentation:
Presenter(s):
Lola Eniola-Adefeso
Once the content has been viewed and you have attested to it, you will be able to download and print a certificate for PDH credits. If you have already viewed this content, please click here to login.

Data Management Schema Design for Effective Nanoparticle Formulation for Probing and Treating Neurological Disease
Background: Nanomedicine has limited translation from pre-clinical research to clinical application for non-cancer neurological disease [1]. To improve...
Leveraging Natural Silk Biopolymers for Applications in Regenerative Medicine
Unique mechanical and structural properties arise from silk fibroin-based materials when these proteins are rendered water-insoluble through a process that...