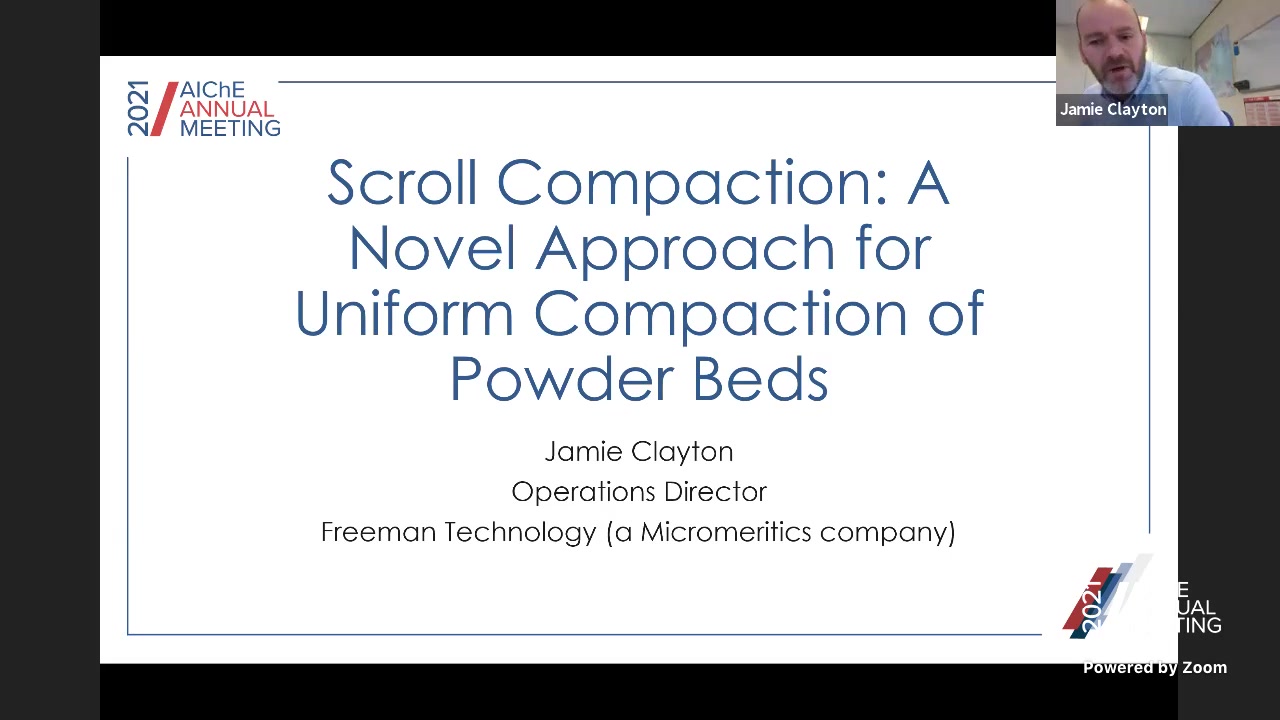 Consolidation / compaction of a powder bed is a common occurrence in powder handling processes. In many cases, this is intentional, for example during tabletting or isostatic pressing. However, in other scenarios consolidation of a powder is undesirable, leading to poor process performance. Consolidation reduces inter-particular spacing and increases the specific contact area between particles, increasing particle-particle interactions which in turn reduce powder flowability, and in some cases may prevent it altogether, especially when other factors such as environmental conditions are also in effect.

Commonly applied compressibility tests typically use single end compaction to consolidate the powder bed, i.e. the normal stress is applied on a single principal plane. However, consolidation is not homogeneously induced throughout the powder bed using this method, especially with highly compressible materials. One alternative method for preparing a more uniformly compacted powder is to build-up the powder bed layer by layer but this has practical limitations and can be extremely time consuming.

Scroll Compaction is a proposed solution. This approach uses a novel helical blade which rotates upwards through the powder bed, compacting at predefined intervals. Using this method, the operator is only required to fill the test vessel with sufficient material and start the program, no further input is required. This method is also quick; 15-20 compaction steps can be completed in approximately 5 minutes.

To demonstrate the capability of this novel technique, Scroll Compaction was compared with single stage compaction for several materials of varying degrees of cohesion. In order to determine if Scroll Compaction was a more effective method of consolidating materials, the resistance to flow of the compacted bed, presented as a flow energy, was measured alongside the bulk density. Increases in flow energy compared to that of the non-consolidated â€œas receivedâ€ sample are indicative of a consolidated powder bed.

The results demonstrate that Scroll Compaction resulted in greater increases in both bulk density and flow energy values, compared with single stage compaction. The effect was more pronounced for cohesive materials, which tend to be less efficient at transmitting forces through the powder bed, however there were still clear differences between the two methodologies for free-flowing, typically non-compressible materials. Overall, the results suggest that Scroll Compaction is more effective for consolidating powders, resulting in a more uniformly, more process-relevant compacted bed.

Preview Presentation:
Presenter(s):
Katrina Brockbank
Jamie Clayton
Tim Freeman
John Yin
Once the content has been viewed and you have attested to it, you will be able to download and print a certificate for PDH credits. If you have already viewed this content, please click here to login.