Risk Assessment for a Gas and Liquid Hydrogen Fueling Station 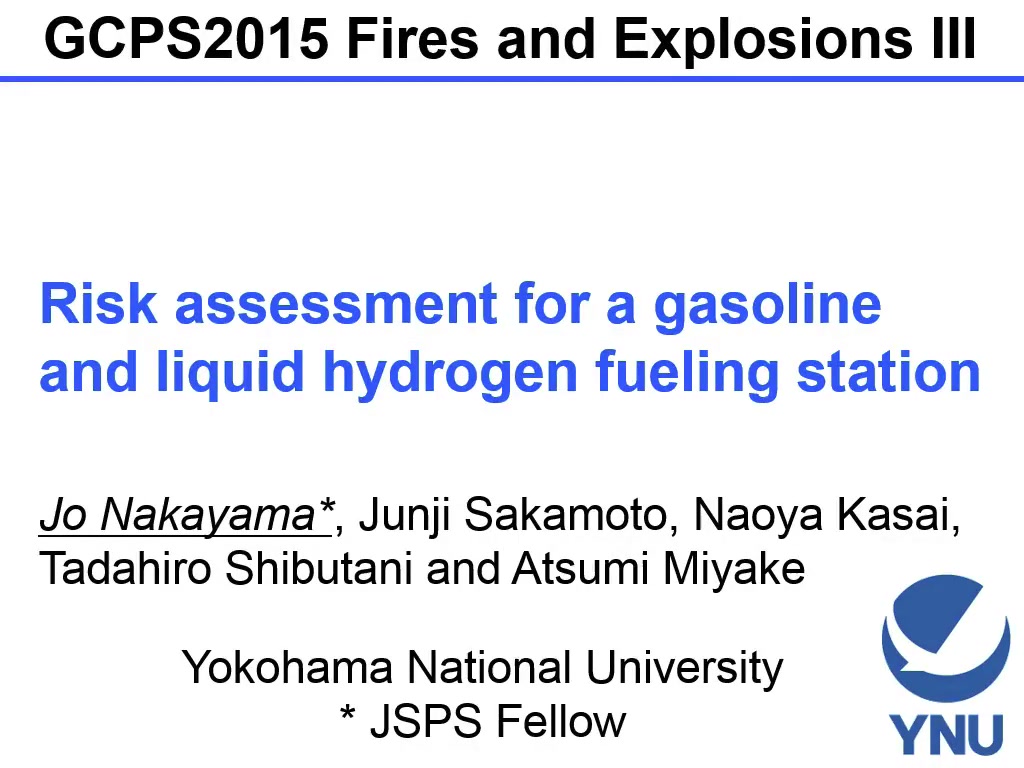 The first step in risk assessment was to define a model of the station on the basis of Japanese regulations, demand estimates and restrictions of land utilization. Hazard Identification was the significant second step in risk assessment. Although there are some methods of Hazard Identification such as Hazard and operability study (HAZOP) and Failure mode and effect analysis (FMEA), Hazard identification study (HAZID) was carried out in this study, which is a qualitative method but can bring out many undesirable events from a comprehensive point of view to identify hazards and accidental scenarios causing leak, fire and explosion involving hydrogen. HAZID was exercised by an expert team to imagine and bring every hazards and accidental scenarios to table during brainstorming session. For better objectivity and logicality, guidewords were prepared for example: earthquake, tsunami, plane crash, chemical hazard and process condition, and the station was divided into several sections such as a liquid hydrogen pipeline, a large amount of liquid hydrogen storage and a compressed gaseous hydrogen pipeline. Based on the guidewords, connections between cause and effect were investigated on each section. The third step in this study was to rank accidental risks in light of consequence and likelihood, and the risks were summarized as unacceptable, acceptable and negligible risk in risk matrix for visualization of the risks. After that, the last step was to find out safety critical elements for reduction the risks. It was identified that how much risks can be reduced by safety measures. Furthermore, two risk matrixes before and after implementing safety measures into processes were compared to reveal effective and critical safety measures in the sections. Eventually, safety critical elements in the station were identified for controlling accidental risks.

Preview Presentation:
Presenter(s):
Jo Nakayama
Once the content has been viewed and you have attested to it, you will be able to download and print a certificate for PDH credits. If you have already viewed this content, please click here to login.

SAChE® Certificate Program - Understanding Hazards & Risk
Designed for juniors and seniors who are enrolled in upper-level chemical engineering classes, this course explores the most technical of the four pillars of...
50 Million Safe Man-Hours without Zero Lost Time Incident - a Success Story
This paper describes the technical & behavioral systems and improvement initiatives Fatima Fertilizers Limited has successfully implemented in past 7 years...