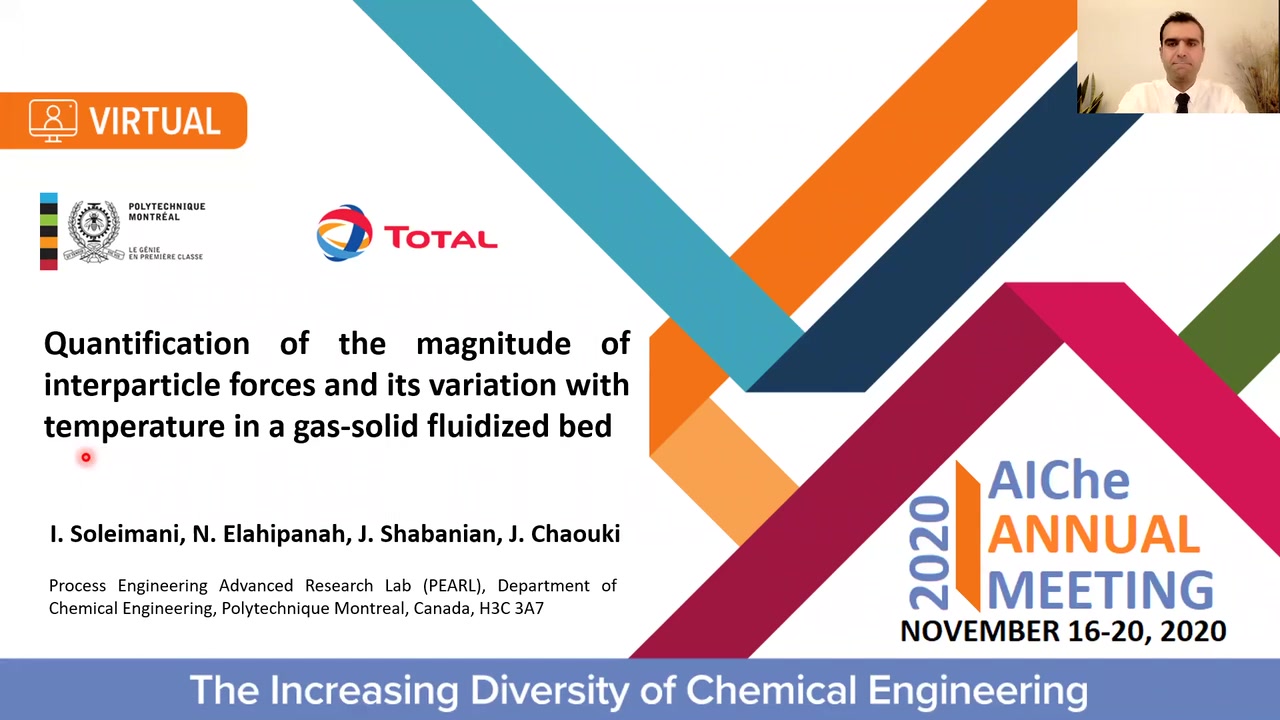 Gas-solid fluidized beds are broadly employed in chemical and metallurgical industries for gas phase catalytic and gas-solid reactions, as well as solids processing. While most industrial fluidized beds are presently operated at temperatures well above ambient, in the near future they will be more commonly utilized under extreme operating conditions to process complex raw materials. The performance of these units is considerably influenced by the heat and mass transfer rates, which are impacted by the bed hydrodynamics. Therefore, a comprehensive understanding of the bed hydrodynamics under elevated operating temperatures is required for a successful design, operation, and scale-up of high temperature fluidized beds. The design and performance evaluation of high temperature fluidized beds are typically accomplished by changing the gas properties in hydrodynamic correlations, which are based purely on hydrodynamic principals. These correlations are generally capable of accounting for changes in the gas properties and their corresponding effects on the bed hydrodynamics, while neglecting the changes in the level of interparticle forces (IPFs) owing to the changes in the operating conditions. As the level of IPFs may appreciably change with the operating temperature, an in-depth understanding of these forces and their influences on the fluidization characteristics are critical. The complexity of IPFs and unavailability of a reliable measurement method that quantifies the magnitude of IPFs at high temperature are the primary reasons why these forces and their effects on the bed hydrodynamics have generally been neglected. The main objective of this study is, therefore, to develop simple and reliable methods to quantify the magnitude of IPFs and its variation with temperature in a gas-solid fluidized bed without disturbing the particulate system.

The first part of this study was dedicated to quantifying the variation of the level of IPFs by temperature in a gas-solid fluidized bed. To this end, the variation of minimum fluidization velocity (Umf) with temperature for 225-micron silica sand and 83-micron FCC particles, as well as 67-micron glass beads was studied. It was shown that the difference between the magnitude of IPFs at a given temperature and that at ambient conditions is proportional to the deviation of the experimental Umf from the prediction of an appropriate correlation. The correlation must be capable of adequately accounting for the effect of gas properties on Umf, while matching the experimental data at ambient conditions. The difference between the experimental and predicted Umf was then translated into the force that the fluidizing gas is required to exert on the particles to overcome thermally induced IPFs.

The second approach was established on the overshoot in the bed pressure drop profile at Umf due to the difference between the minimum fluidization voidage (Îµmf) and the loose bulk voidage (Îµ0). The Îµmf and Îµ0 were measured in beds of 83-micron FCC particles and 67-micron glass beads at temperatures ranging from ambient up to 600ËšC. It was shown that the ratio of Îµmf/Îµ0, which was called the â€œdynamic Hausner ratioâ€, increases as the level of IPFs grows. A model was, hence, proposed to quantify the magnitude of IPFs as a function of the dynamic Hausner ratio.

The magnitudes of IPFs quantified by the above approaches were in the same order as the particleâ€™s weight for 67-micron glass beads and 83-micron FCC particles, which is analogous to the findings reported in the literature for similar powders. In addition, the results of both approaches were in accordance with the temperature variation of the normalized peak area, i.e., the area under the overshoot between the pressure drop profiles in the increasing and decreasing velocity passes at a given temperature divided by that at ambient conditions, as a qualitative indication of the magnitude of IPFs.

Preview Presentation:
Presenter(s):
Jamal Chaouki
Navid Elahipanah
Jaber Shabanian
Iman Soleimani
Once the content has been viewed and you have attested to it, you will be able to download and print a certificate for PDH credits. If you have already viewed this content, please click here to login.

Regimes of Impact-Induced Erosion of Particles of Varying Strength
Particle breakage is relevant to many applications, from pharmaceutical processing to jet printing to defense technologies. Fundamental understanding of...
Torrefaction of Biomass Residues in Pulsating Fluidized Beds for Pellet Production
Torrefaction is a mild pyrolysis, which maximizes solid yield, producing a high percentage of âbiocharâ (70-80%wt) with...