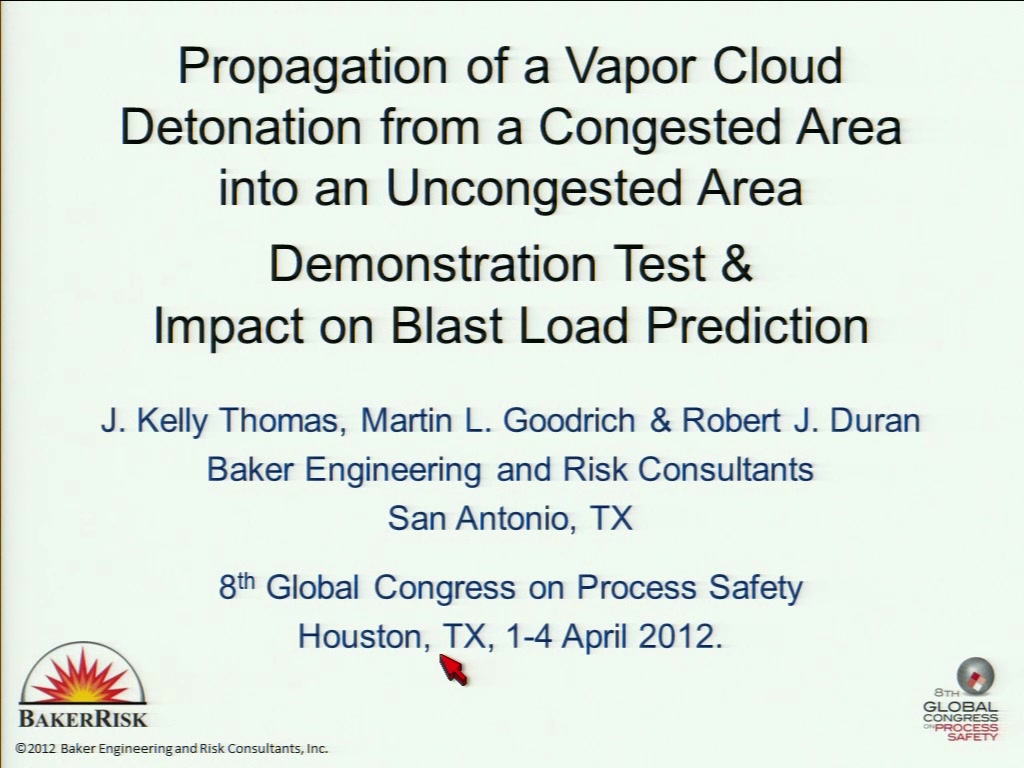 This paper discusses a test which demonstrates that a detonation wave, once formed due to a DDT within a congested volume, will propagate from a congested region into an uncongested region. The test rig was 54 feet long and 6 feet high, with the first 30 feet of the rig length comprised of a congested section 12 feet in width. The congestion was made up of a regular array of vertical circular tubes (pitch-to-diameter ratio of 4.1, area and volume blockage ratios of 23% and 4.2%, respectively). The last 24 feet of the test rig length was completely uncongested. The test rig was configured without any confinement (i.e., no wall or roof sections). A near-stoichiometric ethylene-air mixture completely filled both the congested and uncongested portions of the test rig. Prior testing with this rig configuration had shown that this flammable mixture would undergo a DDT within the congested portion of the rig. It was shown that, as expected based on other tests reported in literature as well as the general behavior of detonation waves, a detonation wave will propagate through a flammable cloud which extends into an uncongested volume.

Preview Presentation:
Presenter(s):
J. Kelly Thomas
Once the content has been viewed and you have attested to it, you will be able to download and print a certificate for PDH credits. If you have already viewed this content, please click here to login.