Proesa Technology: The Platform to Enable Biomass Based Industry 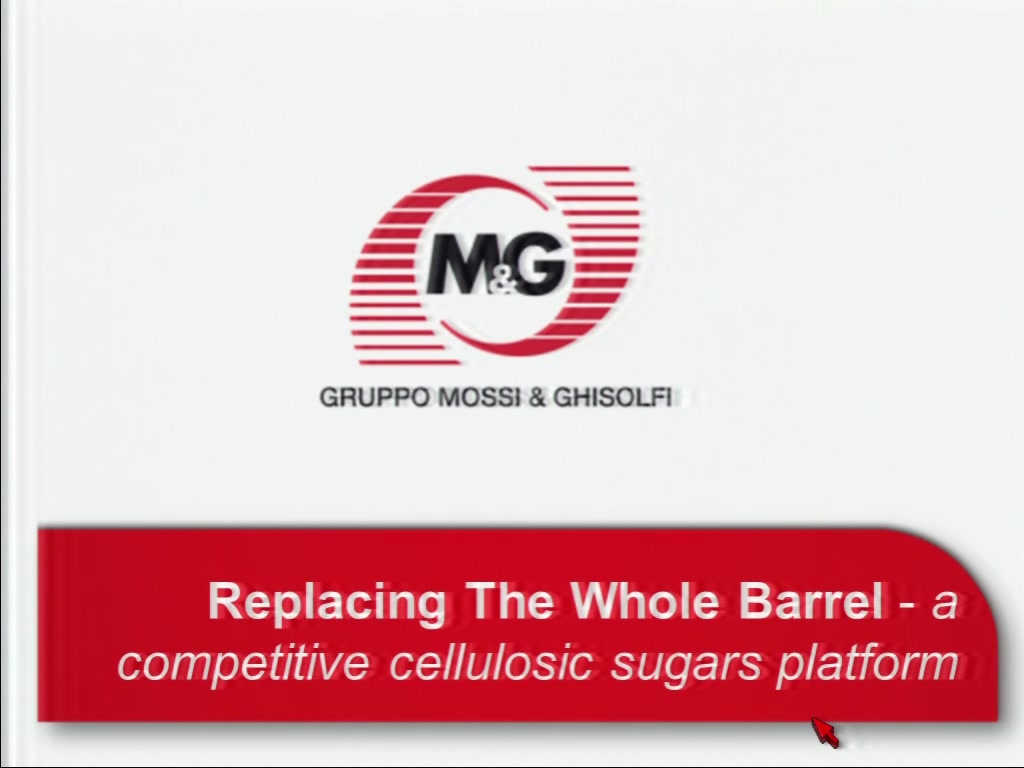 Mankind is still strongly dependent on fossil fuels. As developing economies continue to grow, concerns are increasing about climate change and the potential economic and political impact of peak oil. To address these issues and reduce its dependency on fossil fuels, the EU has adopted measures to encourage the production and use of renewable resources for next generation bio-fuels.

The development of the bio-fuels industry is a strategic objective set by the Kyoto Protocol. The target imposed by the European Union requires that 10% of biofuels be of biological origin by 2020.

The development of the biofuels industry is a strategic goal and a real opportunity for the technological development in the Italian territory. Biofuels can provide a real solution to GHG reduction, and can reduce the Italian dependence from imported fossil fuels. Bioethanol, in particular, is the most common worldwide biofuel. The second-generation technology allows the production of bioethanol from lignocellulosic biomass avoiding the use of crops for food and reducing GHG emissions. It’s  is our Technology for the  production of bioethanol from lignocellulosic biomass  (second generation bioethanol).

In this scenario,  M&G since 2007 has invested over 200M$ in research and development of a sustainable, scalable and simplified technology for the transformation of virtually any kind of lignocellulosic feedstock into low-cost, fermentable sugars for the production of bioethanol or biochemicals and it’s now technology excellence to convert biomass into sugars.

Is a holistic solution that starts in the field and end with bioproducts and is a  complex undertaking requiring integration of different sciences ranging from biochemistry and biotechnology, to agronomy and botany, from engineering to chemistry, from technology development to process modeling and from biomass supply chain logistic to product take off. This technology process  is based on four main steps: pre-treatment, hydrolysis, fermentation and distillation.

The first step is an energy efficient pretreatment process carried out without chemical addition but using only water and vapor. Research and development activities are constantly working on the improvements of enzymatic hydrolysis as well its influence on fermentation step condition. At present some important achievements have been reached especially for what concerns reactor design and scale-up at pilot level and best enzyme package. Efficient enzyme cocktail have a key role for feasible bioethanol production from lignocellulosic material. Fermentation of sugar to ethanol is a well know process, but improvement of flexible process of fermentation were focused on adapting the process to the strain rather than developing a new strain in biological process. After final distillation step was obtained a “green bioethanol” that respect the standards for fuel. On the energy side the plant has been designed as an energy efficient process through optimization of steam consumption, energy–integrated process steps and above all the possibility to produce steam and electricity from by-product. This aim was achieved thanks to research activities on process development and optimization of adopted technology.

This process is flexible in feedstock supply, innovative in technological  solutions and energy-integrated.

The Technology  has been demonstrated on a continuous, 1 T/day pilot plant since June 2009, and is now being brought to full scale thanks to the construction of  a 40’000 ton/yr industrial plant.

Preview Presentation:
Presenter(s):
Dario Giordano
Delane Richardson
Once the content has been viewed and you have attested to it, you will be able to download and print a certificate for PDH credits. If you have already viewed this content, please click here to login.

Simulation of Methane Steam Reforming Enhanced by in Situ CO2 Sorption Utilizing K2CO3 Promoted Hydrotalcites for H2 Production
The motivation to switch the fossil fuels to an alternative fuel is an emerging area of research and development during the past decade. Hydrogen is a clean...
Nickel-Based Autothermal Reforming Catalysts: Effect of Particle Size On Sulfur Tolerance
Autothermal reforming (ATR) of liquid hydrocarbon fuels over nickel-based catalysts produces an equilibrium-limited mixture of hydrogen-rich syngas that is...