Prediction of Corrosion in Pipes | AIChE
Skip to main content

Prediction of Corrosion in Pipes 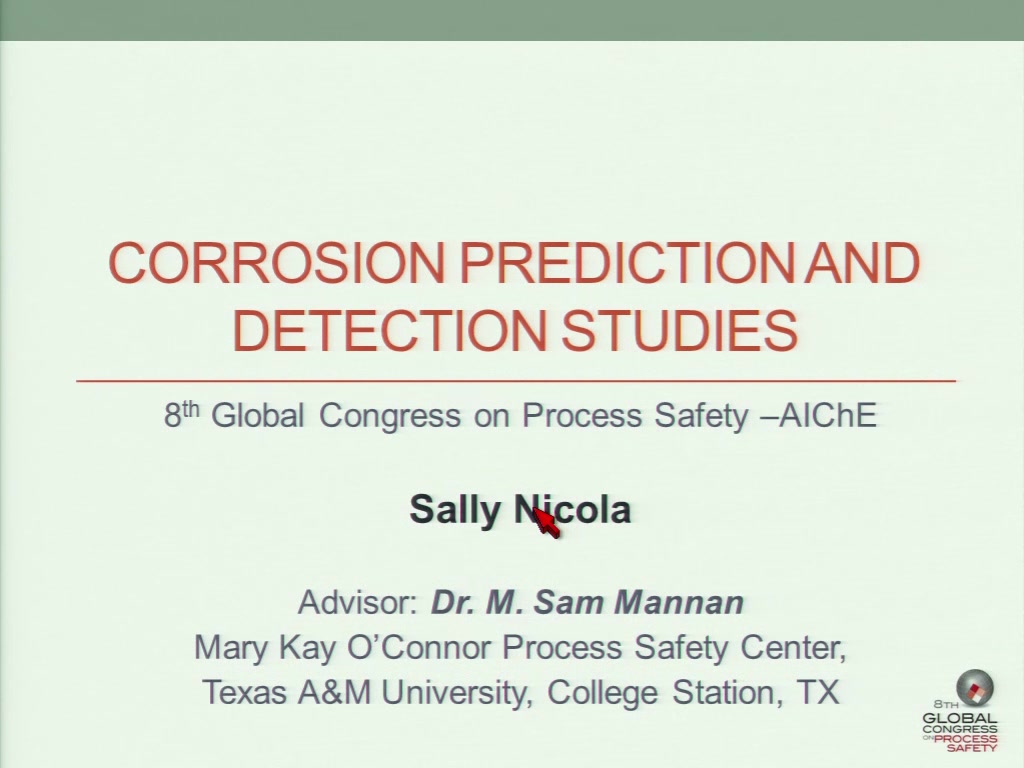 Prediction of Corrosion in Pipes

Corrosion is one of the most important mechanical integrity issues the petrochemical industry has to deal with. While significant research has been dedicated to studying the mechanisms of the different kinds of corrosion, methods to avoid it, and methods to monitor, it is still the leading cause of pipeline failure in the oil and gas industry. Not only is it the main contributor to maintenance costs, but also it accounts for about 15-20% of releases from the petrochemical industry and 80% of pipeline leaks. Moreover, enormous costs are directed towards fixing corrosion in facilities across the globe every year. In 2004, PHMSA reported that 258 natural gas accidents took place due to corrosion in pipelines. It has caused some of the worst accidents in the history of the industry, such as the Carlsbad pipeline explosion of 2000, and it is still causing more accidents every year. This shows that the problem is still not clearly understood, and that the methods that are being used to control it are not sufficient.

A number of methods to detect corrosion exist; however, each one of them has shortcomings that make them inapplicable in some conditions, or generally, not accurate enough. This work focuses on developing a new method to detect corrosion under insulation. This method needs to overcome at least some of the shortcomings shown by the commercial methods currently used, which include ultrasound, real time radiography, and pulsed eddy current testing. The main method considered in this project is X-ray computed tomography. While similar to real-time radiography, this method has a much higher resolution, as evident from medical applications. It also has the capability to give a 3D image of the specimen, showing exactly where the corrosion is located, and its extent.

Preview Presentation:
Presenter(s):
Sally S. Nicola
Once the content has been viewed and you have attested to it, you will be able to download and print a certificate for PDH credits. If you have already viewed this content, please click here to login.

Improving the Performance of Established PSM Programs
Many facilities have now implemented and maintained PSM programs for 20 years or more, but these facilities continue to have sometimes serious incidents and...
Update of the Activities of the NOx Safety Task Group
The initial AIChE Task Group for NOx Safety was set up following a disclosure of significant accumulations of the NOx compound, N 2 O 3, in an ethylene cold...