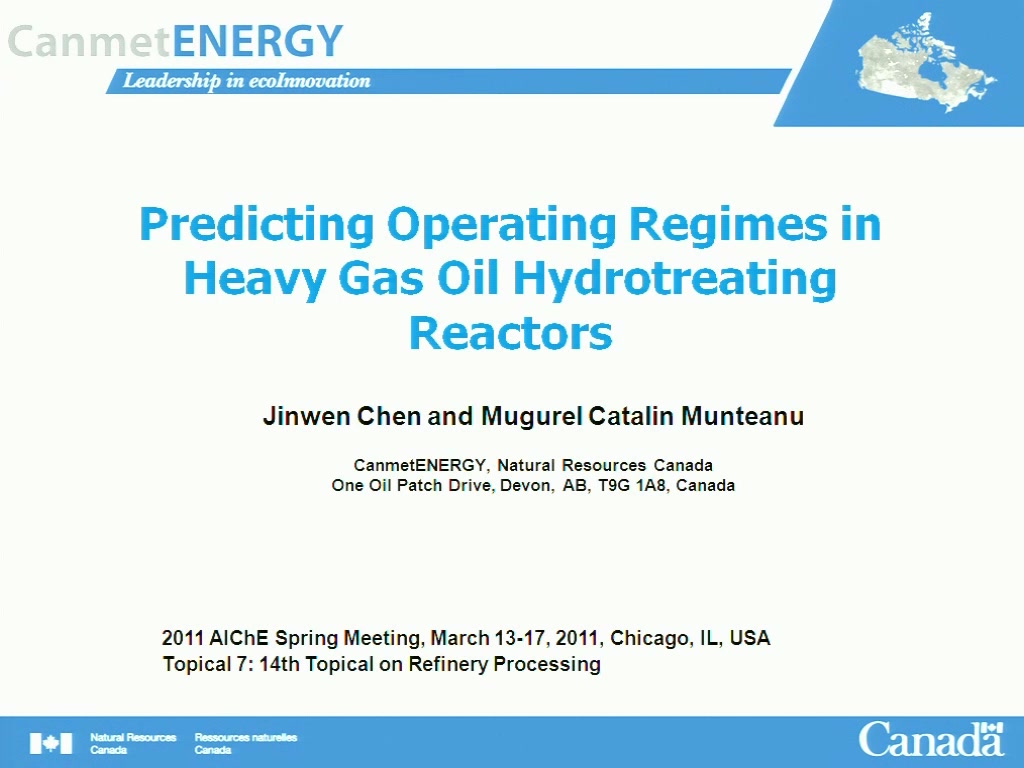 Hydrotreating (HDT) or mild hydrocracking (HDC) of heavy gas oil or vacuum gas oil is an important step in bitumen conversion and processing to produce synthetic crude oil, and in pretreating feedstocks for hydrocracking and fluid catalytic cracking. This process utilizes high temperature of 380–420°C, high pressure of 80–120 bars, and hydrogen flow of up to 1000 NL/kg feed. Under such conditions, the oil is partially vaporized into the gas phase and the hydrogen is partially dissolved in the oil phase to form a vapor-liquid system. The fluid dynamics and mass and heat transfer are significantly changed by the partial vaporization of the oil, potentially resulting in incomplete catalyst wetting and deviation from plug flow of the liquid phase. Ultimately this would affect reactor performance and product quality.

In this study, flash experiments were conducted in a continuous-flow unit to obtain experimental data on vapor-liquid equilibrium (VLE) using different heavy gas oil feedstocks. The VLE data were then used to estimate the interaction coefficients between hydrogen and hydrocarbon pseudo-components that are needed for flash calculation, which predicts the flow rates of the vapor and liquid phases as well as their physical properties. This information was used to predict fluid flow regimes in the trickle bed hydrotreater; pilot plant results based on modeled configurations demonstrated operation under plug flow and complete catalyst wetting.

Preview Presentation:
Presenter(s):
Jinwen Chen
Once the content has been viewed and you have attested to it, you will be able to download and print a certificate for PDH credits. If you have already viewed this content, please click here to login.