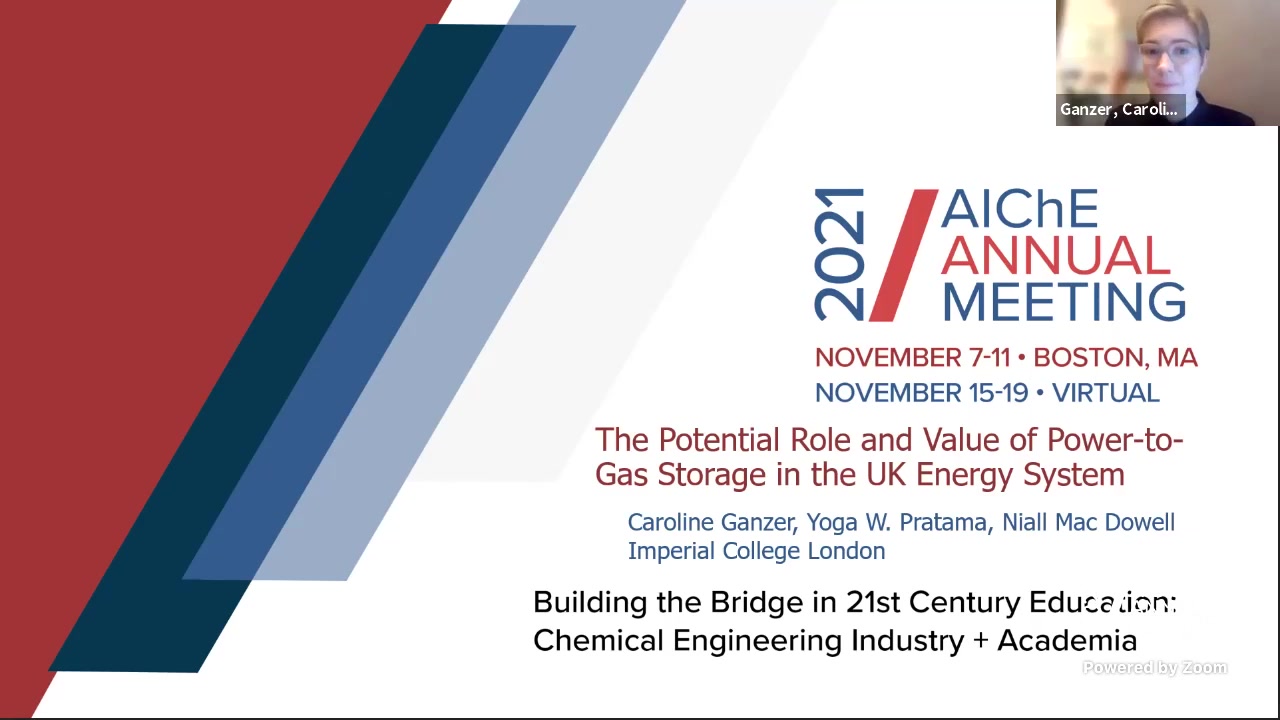 As the power system in the UK undergoes decarbonisation, the transformation of the capacity mix remains a topic of discussion. Not only novel generation technologies, such as power plants with carbon capture and storage (CCS), but also storage technologies are to be considered. The increasing share of intermittent renewables in the energy mix creates the need for higher storage capacity and/or more flexible plants. Furthermore, the additional requirements of other sectors of the energy system, specifically the added demand from electric vehicles (EVs) and from heat pumps (HP), may impact the power demand profile and not only raise overall demand but also increase peak demand. This raises the question which storage technologies and how much storage capacity is required to satisfy the power demand at all times.

In the UK context, pumped hydro storage (PH) is already a part of the system capacity. Interconnection with neighbouring countries is also used to balance demand peaks and renewables fluctuations. These technologies, however, are mainly used for short-term storage, as in, storage within a day or between days. It is of interest if long-term storage, such as power-to-gas storage technologies, could also have a place in the capacity mix. In this work, we therefore examine under which circumstances power-to-gas storage has value in the future UK energy system under a net zero carbon target by 2050. Specifically, we model a route of power to synthetic methane to salt cavern storage to CCGT (P2M) with recycling of CO2, which has been determined to be a promising power-to-gas storage route based on techno-economic analysis by Yao et al.1. We use the electricity systems optimisation model with capacity expansion (ESO-X) developed by Heuberger et al.2. The model constraints include build rates, ancillary services requirements, plant flexibility constraints, etc. We use one year of full-hourly renewables availability (solar, onshore wind and offshore wind) and demand profiles. This allows the analysis of seasonal storage. The demand is considered to be comprised of three parts, power demand, added demand from electric vehicles, and added demand from heat pumps as shown in Figure 1. Owing to the high amount of uncertainty regarding the level of electrification for both transport and heat, we consider four scenarios for both with varying levels of electrification ranging from minimal to total. The same applies to the generating technologies allowed in the system. We analyse scenarios with and without gas-fired power plants with CCS (CCGT-CCS) as a form of stable, low-carbon generation, and bioenergy with CCS (BECCS), as negative emissions technology, since the deployment of these technologies is uncertain. Furthermore, we analyse the value of key technology parameters of P2M such as input-to-output power ratio and round-trip efficiency and perform sensitivity analysis regarding the CAPEX of the technologies.

Excerpts of the dispatch schedules for scenarios with and without CCS and P2M are shown in figure 2. Our results suggest that in a scenario where all technologies are available for deployment with historical build rate limits, the increasing seasonality of the demand curve and the fluctuation of the increased share of renewables would optimally be absorbed by a combination of all archetypes of technologies. Renewables contribute a large share of power on days with high availability. CCGT-CCS and CCGT provide load-following and flexibility on peak days, respectively. The continuous operation of BECCS offsets emissions from gas-fired power plants. Using our central numbers for technology features and costs, P2M would have value in a cost-optimal technology mix by absorbing excess renewable energy and releasing it on peak days and hours (around 6 GW with 3.6 TWh storage capacity in 2050).

When CCS is removed from the capacity mix, P2M becomes a key technology. In our scenario without CCS or P2M, meeting demand with renewables and short-term storage (PH and battery storage) requires large amounts of curtailment, incurs lost load, and hence doubles the total system cost. When P2M as seasonal storage is added (26 GW and 13 TWh installed in 2050), it is used in the system to absorb power from renewables instead of curtailing it and providing flexible generation on low-availability days. This reduces the necessary amount of renewables capacity substantially. Notably, in scenarios with P2M available, it is deployed in greater amounts than battery storage despite the higher CAPEX and lower round-trip efficiency, indicating the increased need for seasonal as opposed to short-term storage.

Our sensitivity analysis shows a link between the deployment of onshore wind and power-to-gas storage. Lower seasonal storage CAPEX enables the deployment of both in conjunction, raising the renewables capacity as shown in Figure 3. Furthermore, our model suggests that renewables in combination with seasonal storage could be cost-competitive with CCGT-CCS in case of continuously high renewables build rates. We further identified the ratio of charging power to discharging power of the power-to-gas technology as a parameter with impact on its deployment potential and found that cost reductions of the technology may provide more value to the system than technology improvements.

In summary, grid-level power-to-gas storage may have a place in the future energy system in the UK. Whether or not it has value depends heavily on the build rates of renewables and on the relative cost of power-to-gas storage and low-carbon dispatchable power such as CCGT-CCS. Our results underscore the value of a diverse energy system with a mix of multiple technologies for generation and storage. 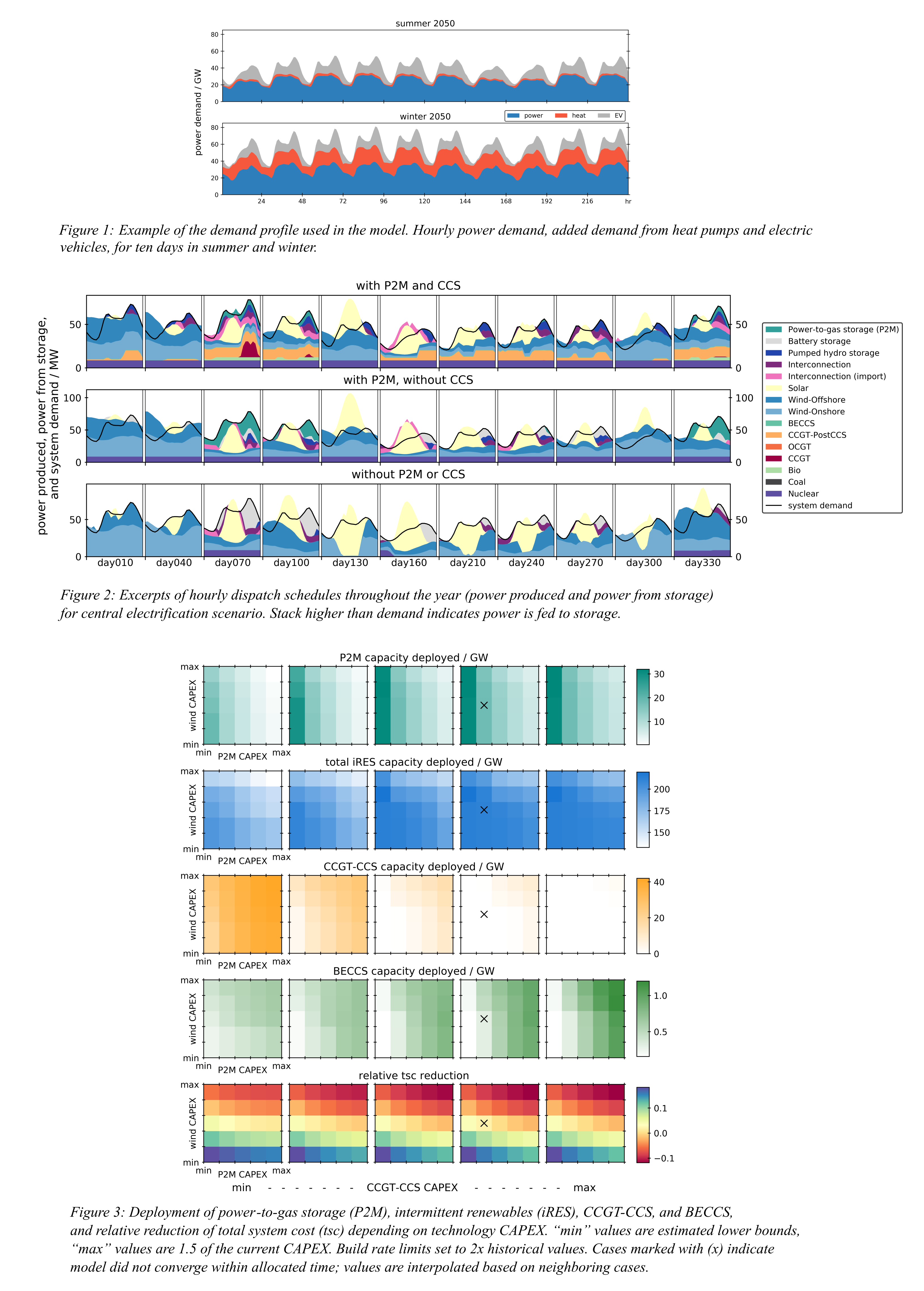 Preview Presentation:
Presenter(s):
Niall Mac Dowell
Caroline Ganzer
Yoga Wienda Pratama
Once the content has been viewed and you have attested to it, you will be able to download and print a certificate for PDH credits. If you have already viewed this content, please click here to login.

Marcellus Shale Gas Wastewater Reuse and Recycle
This webinar provides background on how water is used for drilling and hydraulic fracturing and includes a review of hydraulic fracturing fluid composition and...
Thermochemical Hydrogen Production by Alkali Metal Oxides
In this work, we have focused a thermo chemical hydrogen production from water by using alkali metal oxides. This system consists of three step reactions...