Paving the Way to Digital Twin: Application to Hydrocracking 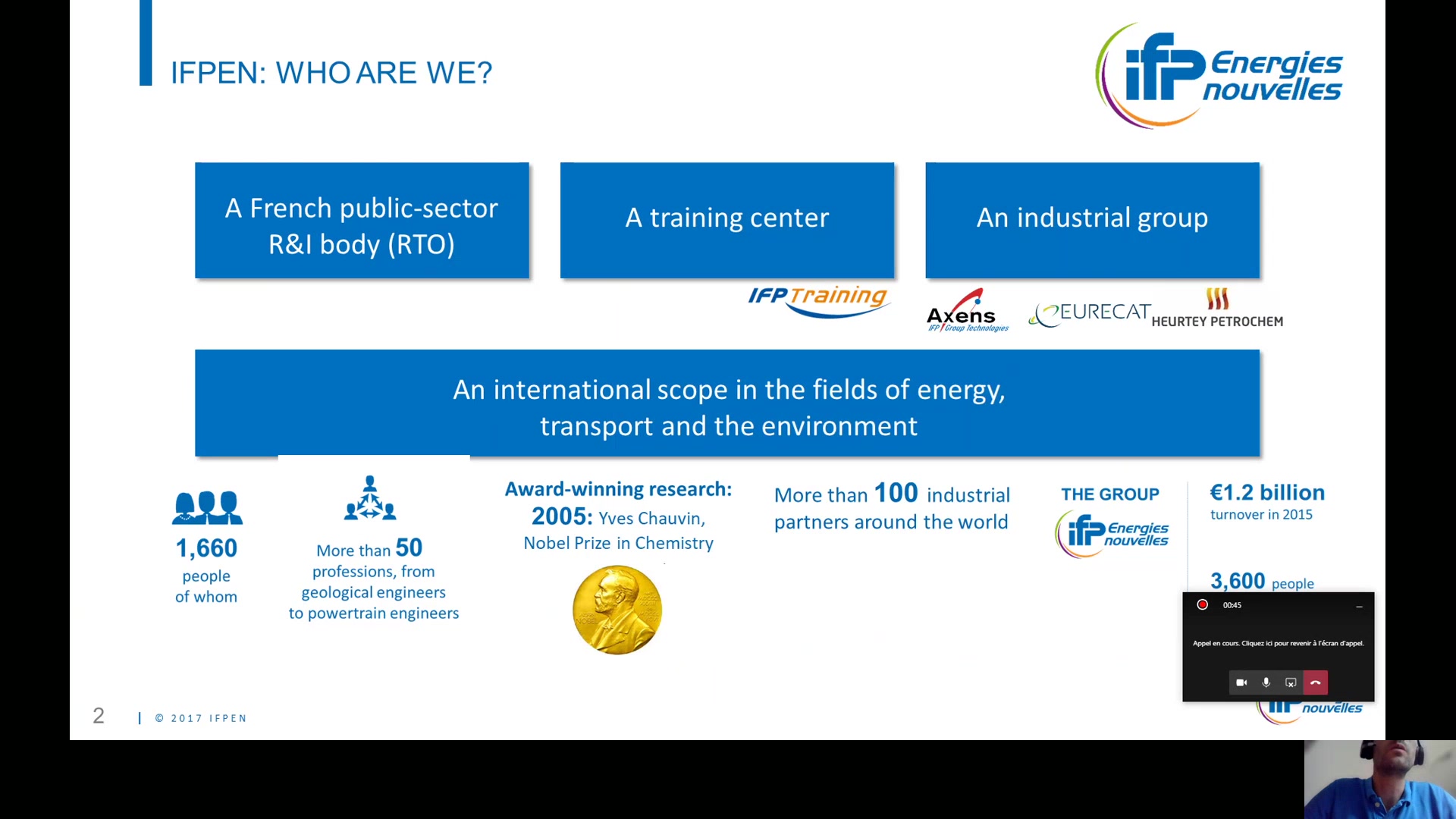 Paving the way to digital twin: Application to Hydrocracking

Transformation of heavy crude oil into more valuable light (naphtha) and middle distillates (kerosene and diesel) is becoming increasingly important for the refining industry. Hydrocracking plays a major role in this transformation. Development of digital twins for industrial hydrocrackers has received a great amount of attention by the scientific community. It is based on several models that can be used for several targets: chose optimal operating condition in order to optimize one target (Real Time Optimization), carry out what if analysis in order to estimate the impact of feed variations, estimate catalyst lifetime... Depending on the target and the reactor to model (Hydrotreating or Hydrocracking), several models can be used from very simple (classical lumping) to much more complex ones (single events).

This paper proposes a global methodology paving the way to digital twin indicating the best models to use depending on the target (either first principles or machine learning models). Some examples from hydrotreating or hydrocracking will be provided (what if analysis, catalyst lifetime prediction...)

Transformation of heavy crude oil into more valuable light (naphtha) and middle distillates (kerosene and diesel) is becoming increasingly important for the refining industry. A recent study (Mohr et al. 2015) states that the production of conventional crude oil has been constant, while there has been a strong increase in unconventional (i.e. heavier) sources. These unconventional crudes are characterized by a very high residue (>370°C cut) content, high aromatic content, and high concentration of impurities (e.g. nitrogen, sulfur and metals). The increasing demand of middle distillates as well as the increasingly stringent quality requirements drives the need for increasingly sophisticated refining technology. Catalytic hydrocracking (HCK) is a widely used process capable of a high rate of conversion of residue to high quality middle distillates.

Hydroconversion of vacuum gas oil (VGO) is performed by hydrotreatment (HDT) and hydrocracking (HCK) in two reactors in series. The HDT step is mainly concerned with the removal of impurities; notably the elimination of sulfur and nitrogen from the organic components via hydrodearomatization (HDA), hydrodesulfurization (HDS) and hydrodenitrogenation (HDN) reactions. The majority of the cracking and thus production of lighter and more valuable fractions occurs in the subsequent HCK reactor. A simplified schema of a hydrocracker unit is presented in Figure 1.

The capability of accurately modeling the HCK process is essential to take full advantage of the versatility of the process in terms of feed characteristics, desired yield and operating cost.

In order to optimize the global yield, the refiner should carried out monthly a what if analysis indicating the catalyst lifetime and the yields regarding possible feedstocks provided by the planning department. Digital twins are then required.

This talk present some models to design the digital twins and some applications.

In order to pave the way to digital twins, a global methodology has been applied. It is defined in several steps.

Regarding the first reactor, several models are used. For HDS, HDN, HDCa: Simple ODE systems are used because the main difficulty is the definition of the adequate feed descriptor (resins, density...); For conversion and yields : Continuous lumping models are used (Becker et al. 2015) with five continuous families (paraffins, naphtenes, sulfur-containing aromatics, nitrogen-containing aromatics, and sulfur- and nitrogen-free aromatics). A reaction network, including hydrogenation, desulfurization, denitrogenization and cracking is established and used to derive the kinetic rate expressions for each family. A total of 46 model parameters are adjusted, using data from 44 experimental runs acquired on a pilot plant (with several different feedstocks). The same set of parameters was used to simulate hydrotreatment of every feedstock, which extends the range of applicability of the model beyond the one which are typically proposed in literature, which rely on feedstock-specific parameters. The results show that this modeling approach is capable of accurately predicting the total hydrocarbon conversion and yield regardless of feed composition. Furthermore, insights into the underlying reaction mechanisms can be inferred from the kinetic parameters.

Regarding the second reactor, for conversion and yields: two kinds of models can be used: continuous lumping or micro-kinetic models. The two modeling approaches are fundamentally different (P.J. Becker et al. 2016). The traditional lumping models take their starting point in the macroscopic level (i.e. measurable product properties) and derive a set of kinetic equations from there. Microkinetic models (in our case Single Event model) work their way up from the molecular level, by deriving the kinetic equations from the chemical reactions between individual molecules. The single events model should not be considered as an improvement meant to supersede the continuous lumping models currently in use, but rather a distinct modeling approach with a unique field of application. In summary, the following recommendations can be made: 1. The continuous lumping model should be used for practical application, such as commercial simulators for the design and operation of industrial HCK units. It is a relatively simple structure and low computational cost allows for effective implementation of this type of model within existing frameworks. The required input data (SIMDIS & PNA distribution of the feed) are readily available (Per Julian Becker et al. 2016). The Single Events model should essentially be considered as a research and development tool. The complex structure, high computational cost, and requirement for advanced analytical techniques effectively prevents usage of this model in an industrial context. However, the quantity of information and physicochemical nature of the model can be very powerful.

In order to use these models for what if analysis, catalyst state estimation is required. It is based on the association between first principles models and time series analysis (ARIMA). It can be shown that the association of these two techniques can improve dramatically the obtained results either for yields or deactivation prediction.

The talk will show the theoretical developments and some real applications.

Preview Presentation:
Presenter(s):
Benoit Celse
Once the content has been viewed and you have attested to it, you will be able to download and print a certificate for PDH credits. If you have already viewed this content, please click here to login.

Automation Strategies for Crude Feedstock Optimization
Electrofuel Production Using Ammonia or Iron in Reverse Microbial Fuel Cells
The production of electrofuels requires the efficient transport of electrons from an electrochemical system into a biological system. We have approached this...