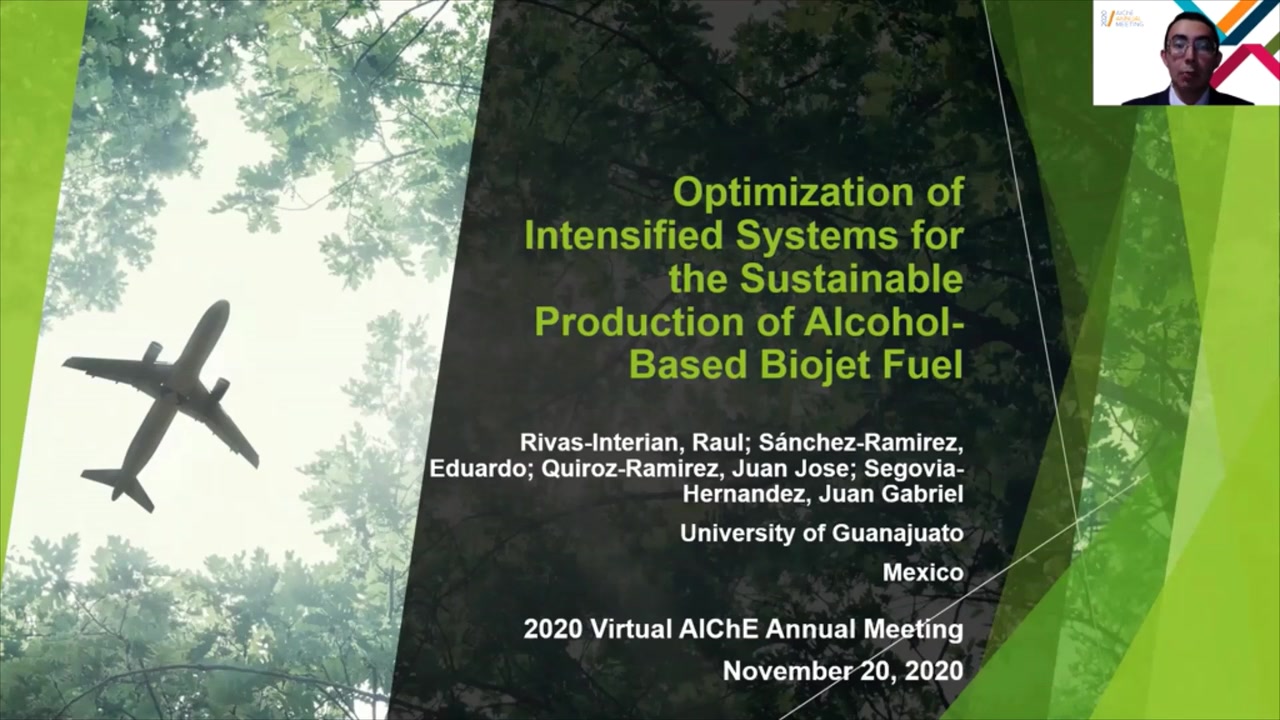 In recent years, air traffic sector has allowed the transportation of an increasing number of passengers and goods, promoting development and strengthening of global social contacts and business and representing about 35% of global trade by value. Consequently, the increasing flow of people and materials has caused the rising in consumption of jet fuel at a 1.5% annual growth rate. Additionally, an increment of 31% in the use of this fuel is predicted between 2020 and 2050, and an increase in its average price of 2.7% annual growth rate during the same period. Likewise, evolution of aviation sector inherently impacts the environment through greenhouse gas (GHG) emissions during the life cycle of jet fuel. It was estimated that, in 2018, trade operations of this sector contributed with 2.4% of global CO2 emissions (918 million metric tons) from the use of fossil fuels and they rise continuously at a 5.7% annual growth rate. Faced with this problem, the production of biojet fuel from renewable raw materials is presented as a promising solution to dependency from fossil fuels and to GHG emissions.

Various conversion pathways have been developed and applied based on the type of renewable raw material. One path commonly used is hydroprocessing of oils from non-edible oil crops. Nevertheless, the cultivation of this biomass is expensive and competes with land use since some of the biomass grows in the same climate as food crops, which has reduced its popularity in a substantial amount. In opposition to this, biojet fuel produced from lignocellulosic residues as sources of biomass has gained attention due to their wide production, low cost of raw materials and non-competence with food crops, whereby it is considered a long-term alternative.

Alcohol-to-jet (ATJ) process allows the conversion of alcohols obtained by processing lignocellulosic biomass to long chain alkanes (components of biojet fuel) and to heavier alkanes (components of biodiesel). However, current research efforts have been guided to the study of lignocellulosic material pretreatment, and the use of optimization and process intensification techniques have not been applied in order to design a low cost process that can produce a biofuel able to compete with conventional jet fuel in the market and that both product and process can contribute to diminish GHG emissions.

This work presents a design proposal for an intensified biorefinery with approach to the production of biojet fuel from lignocellulosic raw material. This process consists firstly of pretreatment of biomass followed by its enzymatic hydrolysis, the fermentation of sugars obtained, and the purification of alcohols produced to continue later with ATJ process. In the process design, stochastic methodologies of optimization are applied, specifically the differential evolution with tabu list method (DETL) which, through a strategy based on populations of solutions, allows to find a global optimum robustly and efficiently. Thus, by employing this methodology, it is intended to guarantee sustainability of the process economically by increasing its rentability and diminishing its operating costs, socially through job creation and environmentally by reducing the eco-indicator.

Preview Presentation:
Presenter(s):
Juan Jose Quiroz-Ramirez
Raul Rivas-Interian
Eduardo Sanchez-Ramirez
Juan Gabriel Segovia-Hernandez
Once the content has been viewed and you have attested to it, you will be able to download and print a certificate for PDH credits. If you have already viewed this content, please click here to login.

Accellerase® Trio: Advances in Cellulosic Enzymes for Commercial Biorefineries
Providing nearly 400 enzyme products ranging from food and beverages to household cleaning and biofuels, Genencor has been a world leader in industrial...
Process Simulation of Integrated Liquid-State and Solid-State Anaerobic Digestion of Dairy Manure and Crop Residues
Dairy manure is the most common agricultural digester feedstock in the United States. The bioenergy from dairy manure is produced by producing biogas using a...