Opportunities to Enhance Sustainability of Copper Production with the Hys Cycle 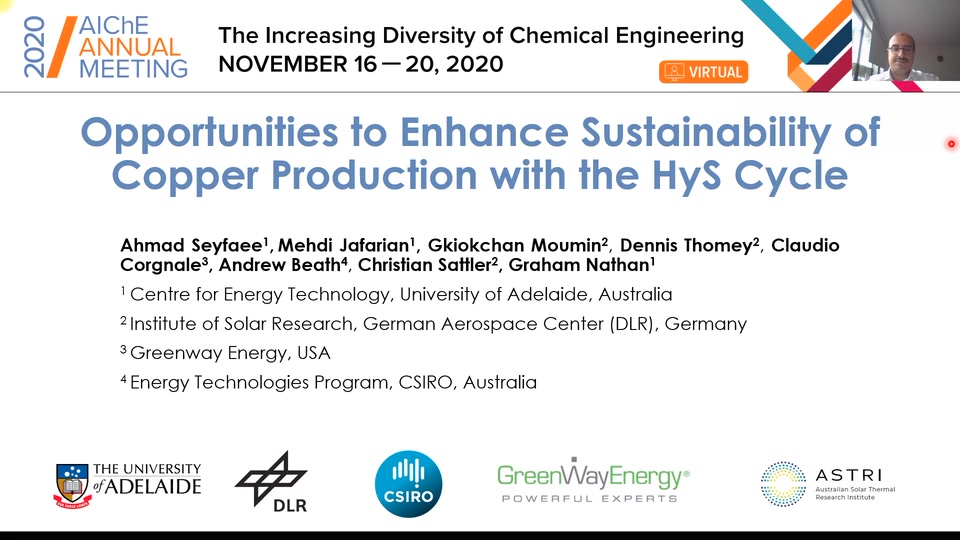 We report on the potential to integrate the hybrid sulphur cycle (HyS) with copper production through the coproduction of H2, O2 and H2S Figure 1 presents schematic diagrams of the HyS cycle and the copper production process. O4. According to national greenhouse and energy reporting data (NGER), mining was the second-largest contributor to Australiaâ€™s CO2 emissions in 2018-2019 at 28.5% [1]. Given that many mines in Australia are located in remote areas, where fuel costs are relatively high, and solar resources are typically available. There is strong motivation to seek opportunities to lower both cost and carbon footprint, in current mineral processing plant by retrofitting with renewable energy.


The HyS cycle, initially developed by the Westinghouse Electric Corp for H2 and O2 production through the splitting of water from nuclear heat source [2], has been found to offer strong potential for low-cost H2 production. The cycle was then further developed by the German Aerospace Centre (DLR) using solar thermal energy [3]. The HyS cycle was estimated to achieve a solar to hydrogen efficiency of 30%, which is almost twice that of the commercially available PV-electrolysis route [3-4].

This work has been undertaken through the Australian Solar Thermal Research Institute (ASTRI) using Aspen Plus. Figure 1 presents schematic diagrams of the HyS cycle and the copper production process. As shown in Figure 1(a), the HyS cycle is a chemical looping process with sulphuric acid as one of the circulated components. In the first reactor, sulphuric acid is thermally decomposed at temperatures of 600-1200 °C, and a mixture of O2, SO2 and H2O in the gas phase is produced. Gaseous SO2, after separation from oxygen, is sent to the second reactor, where, it is electrolysed with water to produce H2 and H2SO4. The hydrogen product leaves the cycle while the sulphuric acid is returned to the first reactor to complete the loop.

As shown in Figure 1(b), the copper production process, comprises two main pathways, which depend on the composition of the mineral feedstock, as follows: 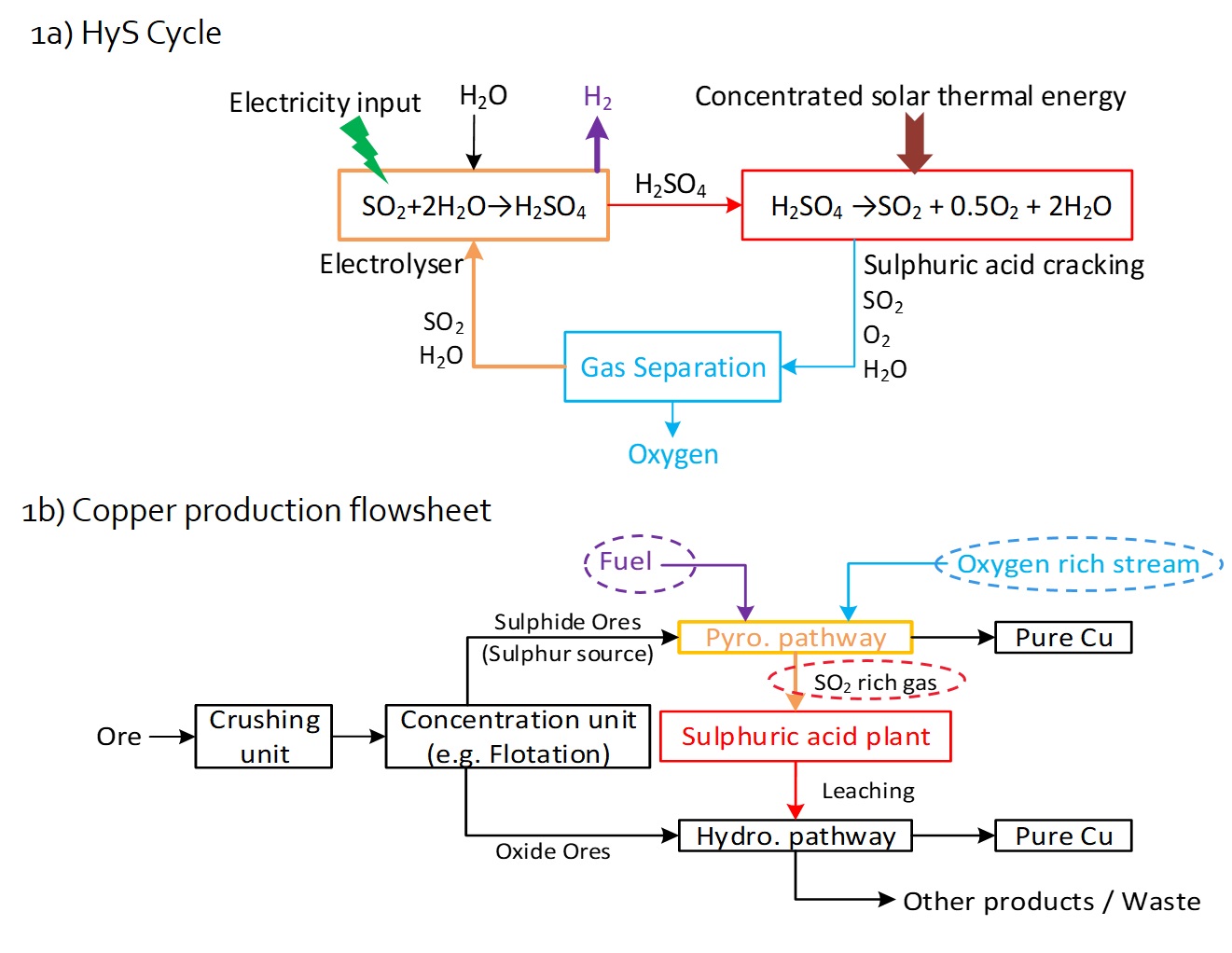 Preview Presentation:
Presenter(s):
Mehdi Jafarian
G.J. Nathan
Ahmad Seyfaee
Once the content has been viewed and you have attested to it, you will be able to download and print a certificate for PDH credits. If you have already viewed this content, please click here to login.