On the Catastrophic Explosion of the AZF Plant in Toulouse (September 21, 2001) | AIChE
Skip to main content

On the Catastrophic Explosion of the AZF Plant in Toulouse (September 21, 2001) 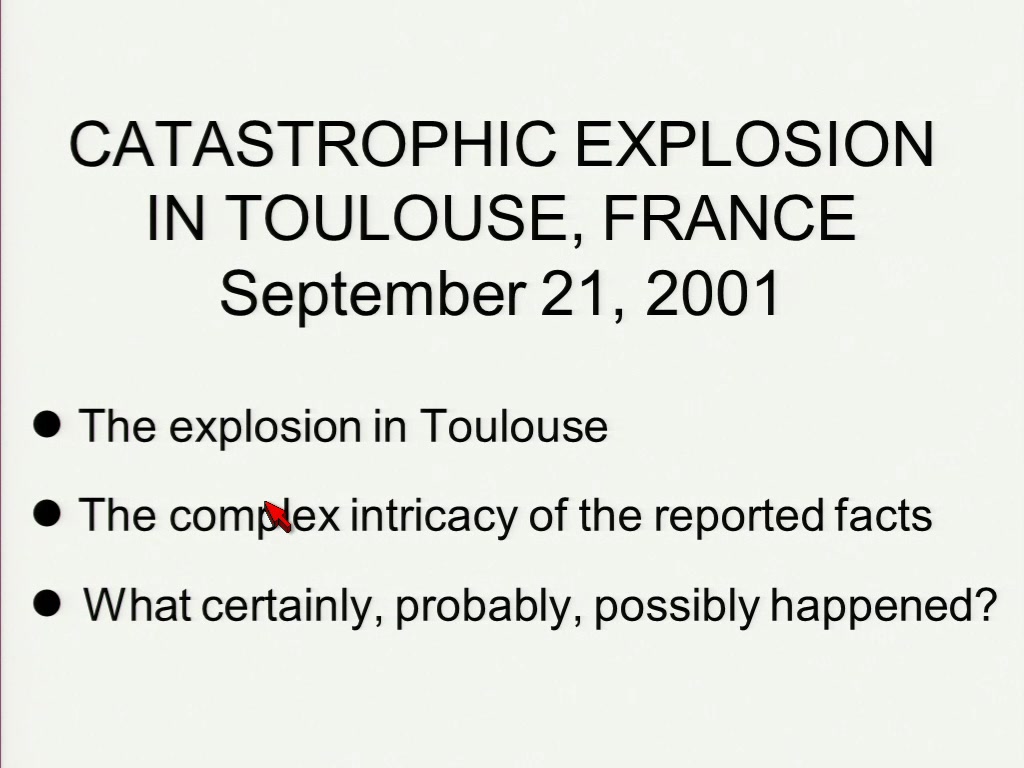 On the Catastrophic Explosion of the AZF plant in Toulouse (September 21, 2001)

During the morning of September 21, 2001, a warehouse containing ca. 300 metric tons of production rejects of ammonium nitrate granulates exploded in the AZF/Grande Paroisse plant of Toulouse (France), causing 31 deaths, hundreds of casualties, and enormous damages. Because the investigation focused exclusively on the explosion itself while neglecting the chain of precursor events that took place over hours as reported by numerous witnesses, the causes of this event have not yet been identified. In spite of the limited documentation on precursor events, it was possible to reconstruct parts of the chain that lead to the explosion.

The last step in the production of ammonium nitrate is the nebulization in an air countercurrent of a hot (ca. 200oC), concentrated solution of the salt at the top of a prill tower. That day, a strong thermal inversion prevented the normal steam plume from raising high in the air. Instead, it spread like a pancake, carried in the NNE direction by the dominant “Autan” wind, toward a 63 kV power line. The particles of ammonium nitrate that escaped from the tower top absorbed steam from the hot, saturated air, enlarged and fell like a soft rain on the insulators of the high voltage pylons, causing short circuits. The first shorts were self-healing and brief but they intensified progressively. Eventually, the ground in certain places was electrified and several persons were electrocuted. Major electric instruments in the neighborhood and the process control computers of several close-by plants failed, issuing rogue orders. For unexplained reasons a major underground explosion took place in a neighbor plant, recorded as a 3.4 magnitude earthquake. This tremor seems to have triggered the explosion of a 500 pounds bomb dropped by RAF in 1944 but not recovered at that time and had remained buried under the warehouse. This explosion caused that of the ammonium nitrate storage.

Preview Presentation:
Presenter(s):
Georges Guiochon
Once the content has been viewed and you have attested to it, you will be able to download and print a certificate for PDH credits. If you have already viewed this content, please click here to login.

Engaging Senior Management In Process Safety: A Case History
Traditional PowerPoint style presentations are good for transferring information but were not found to be an effective medium for engaging senior managers in...
Real-Time Risk Assessment and Decision Support
Managers and operators of major hazard facilities make complex decisions in hazardous situations as a part of their daily work activity. These decisions are...