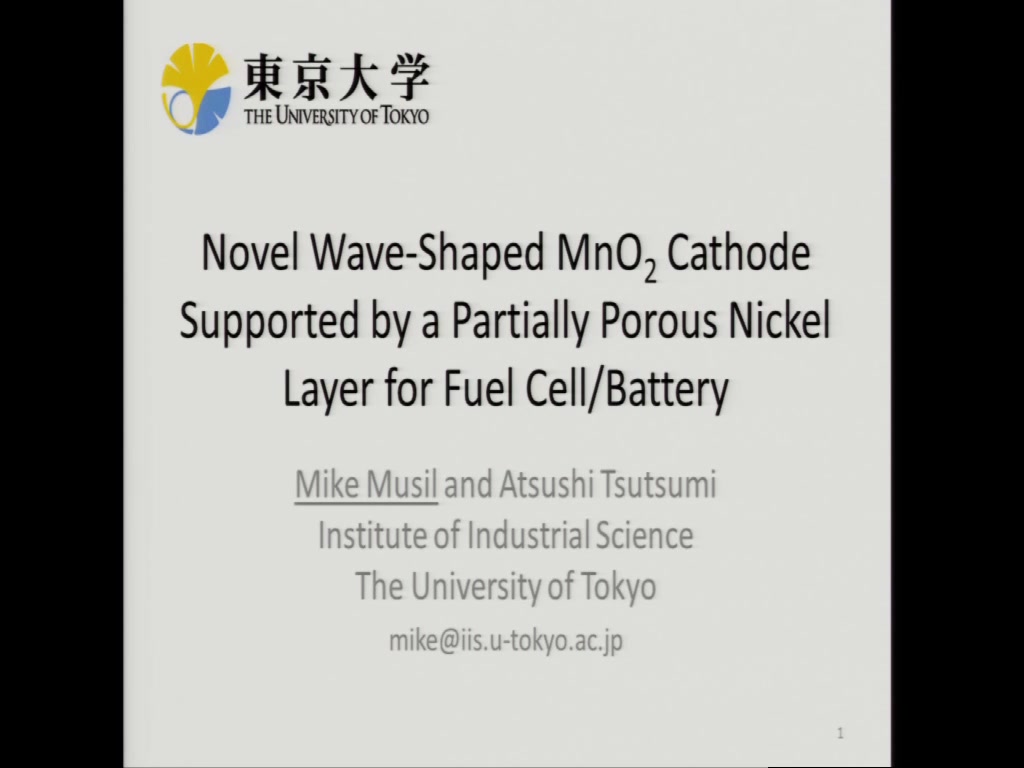 Increasing global demand for green energy has boosted the development of various means of energy generation and storage. Both fuel cells and batteries show big potential for an increasing amount of applications, however they still suffer from various drawbacks. Among others, fuel cells possess a low power density, which can mainly be ascribed to the reaction that occurs at a three-phase interface between electrode, electrolyte and cathodic and anodic reactants. Batteries, on the other, hand lack high energy density, whose reason lies in the limited amount of active material in the electrodes.


To eliminate each one’s drawback, a so called Fuel Cell/Battery (FCB) has been suggested in previous works. As the name implies, it can work both as a fuel cell and battery. When working as latter, the best results were obtained when coating MnO2 via electrochemical deposition on carbon fibers. However, oxygen charging – crucial when running in fuel cell mode – was fairly poor. Therefore, a novel cathode structure is presented in this work.

On the one hand, a high surface area to enhance the oxygen charging rate is obtained via a wave-shaped structure in the micrometer scale. Thanks to the obtained surface increase, a reaction rate improvement by up to one order of magnitude is expected compared to a flat electrode. To tackle the problem of having to charge electrically insulating MnO2 via oxygen while enabling electron collection, a novel, tunnel-looking structure has been developed. Via template method, a several micrometer thick Nickel electrode with one micrometer long pillars has been obtained through electrochemical deposition. On top of the pillars, MnO2 is deposited, creating a triple layer consisting of MnO2, porous Nickel, and bulk Nickel.

Preview Presentation:
Presenter(s):
Mike Musil
Once the content has been viewed and you have attested to it, you will be able to download and print a certificate for PDH credits. If you have already viewed this content, please click here to login.

Comparison of Potential Alternative Process Options for Solar Energy Storage and Distribution
The TRANS-CSP study conducted by DLR in 2006 concluded that around 630.000 TWh(el) of renewable energy could be harvested economically in desert regions of...
Comparison of Lab, Pilot, and Commercial Scale Low Consistency Mechanical Refining for Improvements in Enzymatic Digestibility of Pretreated Hardwood
Mechanical refining has been shown to improve biomass enzymatic digestibility. In this study industrial high-yield sodium carbonate hardwood pulp and was...