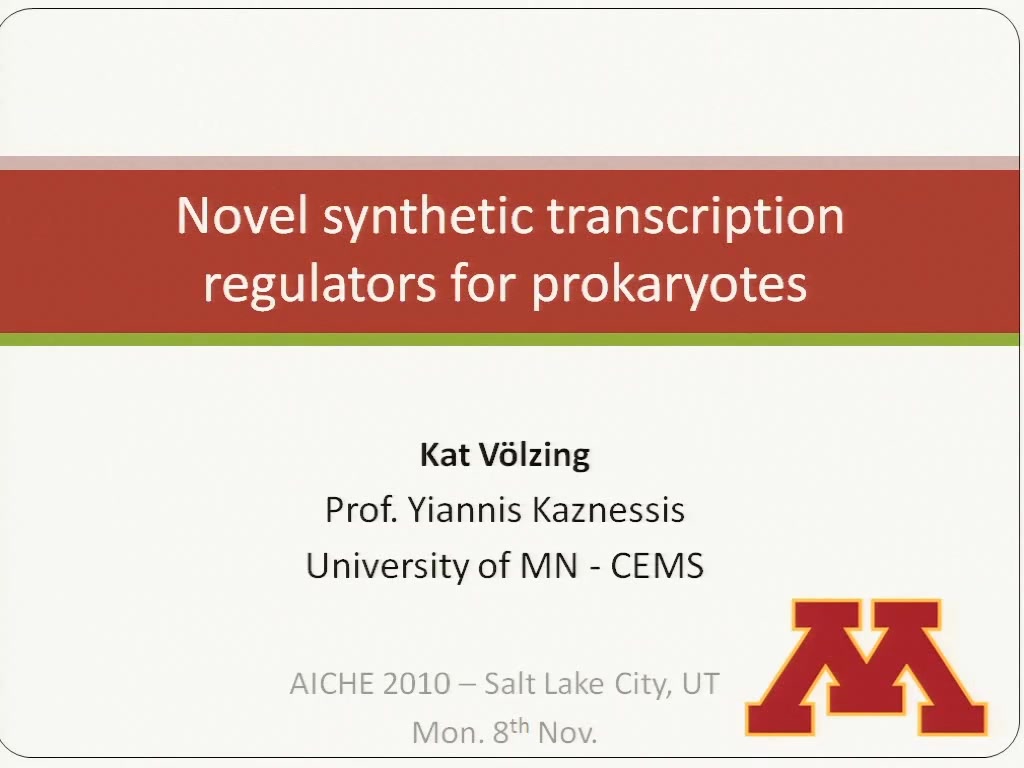 We are designing, constructing and characterizing novel synthetic gene regulators. These regulators range from individual inducible fusion protein and promoter pairs to complex nonlinear regulatory networks. All of the regulators are designed to be compatible in E. coli and to control gene expression by direct transcription activation. Our investigations have complementary experimental and computer modeling components which allow us to build and characterize these complex and robust synthetic systems while reducing the required expense and effort to construct future networks. Our initial focus has been on designing, constructing and characterizing two-part synthetic regulatory systems. They are composed of an inducible fusion regulatory protein and a complementary fusion promoter. The fusion proteins are novel combinations of the inducible DNA binding tetracycline repressor (TetR) or its derivative reverse-TetR (rTetR), and the transcription activation domain LuxR?N(2-162) (LuxR?N). The fusion promoter contains the complementary operator sequences, tetO and luxbox, for TetR/rTetR and LuxR?N respectively. We are experimentally characterizing the systems' gene expression regulation using real-time PCR, immunoblotting, culture fluorescence and flow cytometry while making small adjustments for optimization. In parallel, we are building and testing stochastic models with the aim of accurately capturing the systems' behavior, independent of context. Real-time PCR results indicate that the rTetR-LuxR?N facilitates significant transcription upregulation upon induction by anhydrous tetracycline (aTc). We also observe a parallel increase in protein synthesis, monitoring mean culture fluorescence and individual cell analysis by flow cytometry. After induction with aTc, the transcription activator upregulates target gene expression, initiating the emergence of a cell population with GFP expression 2 orders of magnitude above the uninduced population. The activity of the second regulator, TetR-LuxR?N, is inversely related to aTc levels. TetR-LuxR?N facilitates significant GFP upregulation in the absence of aTc, while only low expression is observed in the presence of aTc. This behavior was also monitored by mean culture fluorescence and individual cell analysis by flow cytometry. In cultures with this protein, in the absence of aTc, a second cell population emerges with GFP expression increased by one order of magnitude above the untreated cultures. Next, we will investigate the behavior of each regulator in the presence of either TetR/rTetR, aiming to reduce background GFP expression for both systems. As each synthetic regulator is being characterized experimentally, we are also developing mathematical models to accurately capture the observed experimental behavior. Each system is represented by a network of biochemical reactions that describe the bimolecular interactions of transcription and translation in E. coli, while also accounting for molecule transport into the cell and molecule degradation. We are using kinetic parameters and species concentrations from the literature, and integrating these networks, their parameters, and the simulations with Synthetic Biology Software Suite (www.SynBioSS.org). The long term aim of these combined experimental and computational efforts is to build a context independent stochastic computer model for gene expression. By modeling biological systems prior to constructing them experimentally, scientists will be able to rationally design complex regulators and regulatory networks. Highly robust systems may then be synthesized cheaply and quickly to display desired functions and phenotypes.

Preview Presentation:
Presenter(s):
Katherine G. Volzing
Once the content has been viewed and you have attested to it, you will be able to download and print a certificate for PDH credits. If you have already viewed this content, please click here to login.

The Changing Tide of US Process Safety/Risk Management Regulations - How CCPS Risk Based Process Safety and Vision 20/20 Concepts Can Harmonize Future Requirements
Over the past several years there have been numerous industrial accidents which have occurred that have brought the effectiveness of OSHA’s Process Safety...
Biological Synthesis of Fuels and Chemicals
Global energy and climate problems have stimulated increased efforts in synthesizing fuels and chemicals from renewable resources. Compared to the traditional...