A Novel Photocatalytic Process for Electrification of Hydrogen Production By Steam Methane Reforming. 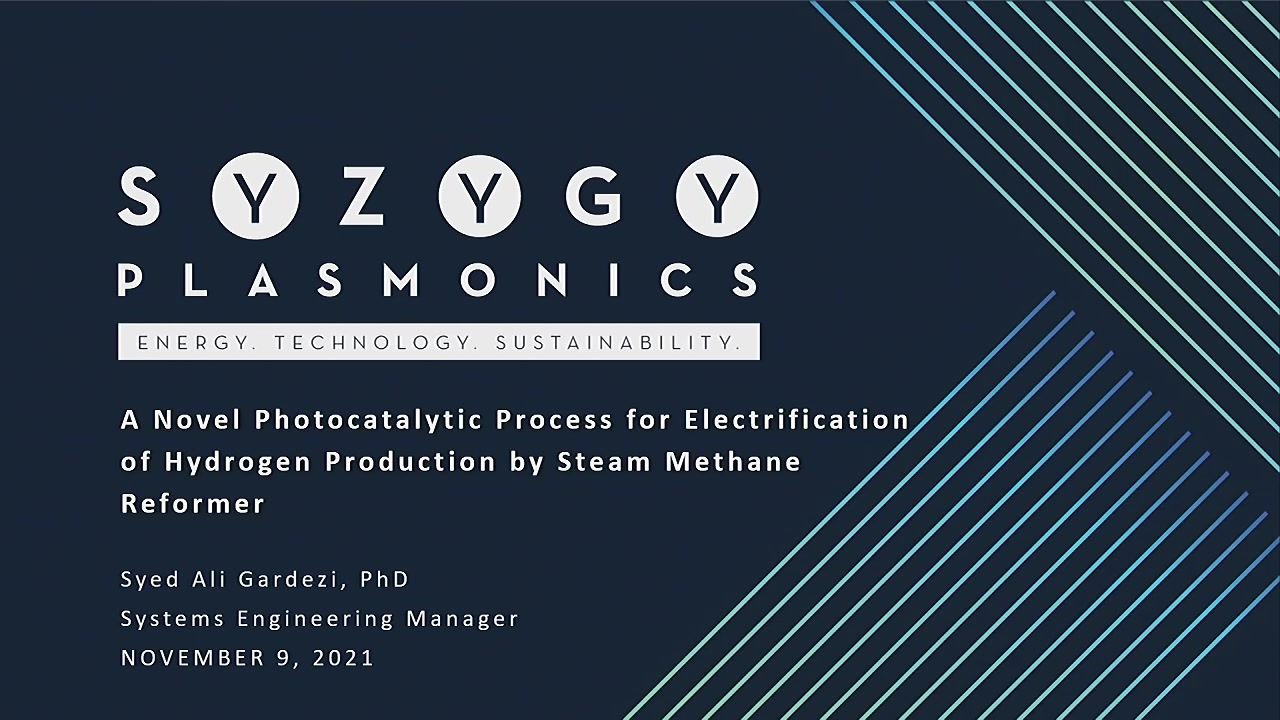 One of the major issues of our time is the dual challenge of meeting the increasing demand for low cost, safe, and reliable energy while simultaneously lowering the risk of global warming. There is an ever-growing desire to reach net-zero greenhouse gas emissions by mid-century and limit the global temperature rise to 1.5 oC [1]. In this regard, zero-emission energy carriers are becoming increasingly attractive, especially hydrogen (H2) with its wide range of uses. Each year approximately 120 million tons of hydrogen are produced globally, of which two-thirds are pure hydrogen and one-third is in a mixture with other gases [1]. The end-uses of hydrogen range from (i) industry (steel, chemical and refineries), (ii) transport (shipping, aviation, automobiles), (iii) heating and (iv) power generation. The demand for hydrogen has increased three-fold over the span of 1975 to 2018 (from 25 to 75 Mt/annum) and is expected to increase significantly in the coming decades. However, on the flip side, the traditional production of hydrogen from Steam Methane Reforming (SMR) is responsible for the generation of 830 million tons of carbon dioxide per year [2] from two sources: (i) the combustion of natural gas to generate steam and provide heat to the process, and (ii) the production of carbon dioxide (CO2) as a byproduct of the SMR reaction.

This presentation will introduce an alternative process for electrifying the production of hydrogen via SMR while eliminating CO2 emissions. The heart of this process is a novel photocatalytic reactor that uses LEDâ€™s to drive the reforming reaction in the presence of a plasmonic nanoparticle photocatalyst. A major benefit over the traditional design is the absence of any greenhouse emissions that originate from the combustion of natural gas; the only energy input required is electricity. As with a traditional process, the product of SMR is an admix of carbon oxides (both CO and CO2) and hydrogen along with leftover reactants. A water gas shift unit provided at the downstream of reformer converts CO to CO2 and hydrogen. An inhouse-designed pressure swing adsorption (PSA) system can produce fuel-cell grade hydrogen as a raffinate. The carbon dioxide from PSA extract can be separated out of the unreacted methane using a metal organic framework matrix (or similar). This CO2 is then further reacted with a split stream of the PSA raffinate (i.e., hydrogen) to produce methanol (a value-added chemical). Leftover methane is recycled back. Such a cascaded operation eliminates CO2 emissions.

Preview Presentation:
Presenter(s):
Syed Gardezi
Once the content has been viewed and you have attested to it, you will be able to download and print a certificate for PDH credits. If you have already viewed this content, please click here to login.

On the Mechanism of Ethylene Di- and Oligomerization on Uniform d8 Metal Cations in Zeolites
Activation of the strong CâH bonds in ethylene is demonstrated on d 8 single atoms in the cationic positions of zeolites H-FAU and H-BEA...
Keynote: The Remarkable Influence of Zr-Doping on the Thermochemical Properties of Ceria
Ceria is a well-known material for the production of hydrogen by thermochemical cycling. While ceria offers several advantageous properties such as rapid...