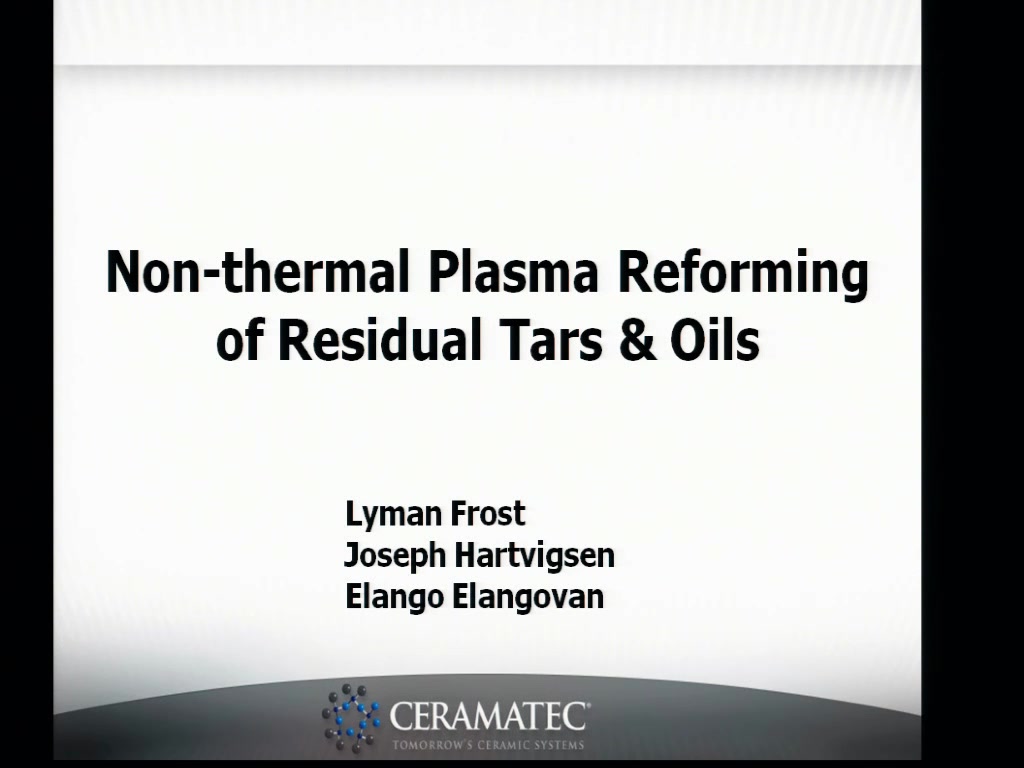 Many Western states have large supplies of non-food based biomass that can potentially be used as carbon neutral energy sources. Biomass such as corn stover or wheat straw is readily available in many locations and if processed in an environmentally benign way could supplement traditional energy sources for power generation. The synthesis gas generated from the biomass can also be used as feedstock for production of liquid fuels through the Fischer Tropsch process or as input to a chemicals facility. Using biomass in conjunction with coal can also mitigate the concerns with the carbon dioxide generated by the coal gasification process.

Ceramatec, as a co-recipient of a DOE funded research project, is applying its GlidArc ® non-thermal plasma reformer technology to convert refractory tars and oils to synthesis gas. This operation will occur while the tars and oils are still entrained in the gasifier product stream. Preliminary laboratory work indicates that it is possible for the plasma reformer to reform the stream exiting the gasifier and convert the entrained tars and oils to additional hydrogen and carbon monoxide. This process will be tested with a ten (10) ton per day biomass gasification unit using an Emery Energy gasifier that will be located at Western Research Institute in Laramie, Wyoming. Funding for the effort will be provided by a US Department of Energy award to Emery Energy.

This paper will present the overall description of the gasification process and the non-thermal plasma reformer in particular. Operational characteristics and laboratory results related to the reforming of the refractory tars and oils will be presented. The larger pilot sized facility at Laramie will also be described. Data may be available from the larger pilot sized facility in Laramie by the time for the conference and if available will be presented.

Preview Presentation:
Presenter(s):
Lyman Frost
Once the content has been viewed and you have attested to it, you will be able to download and print a certificate for PDH credits. If you have already viewed this content, please click here to login.