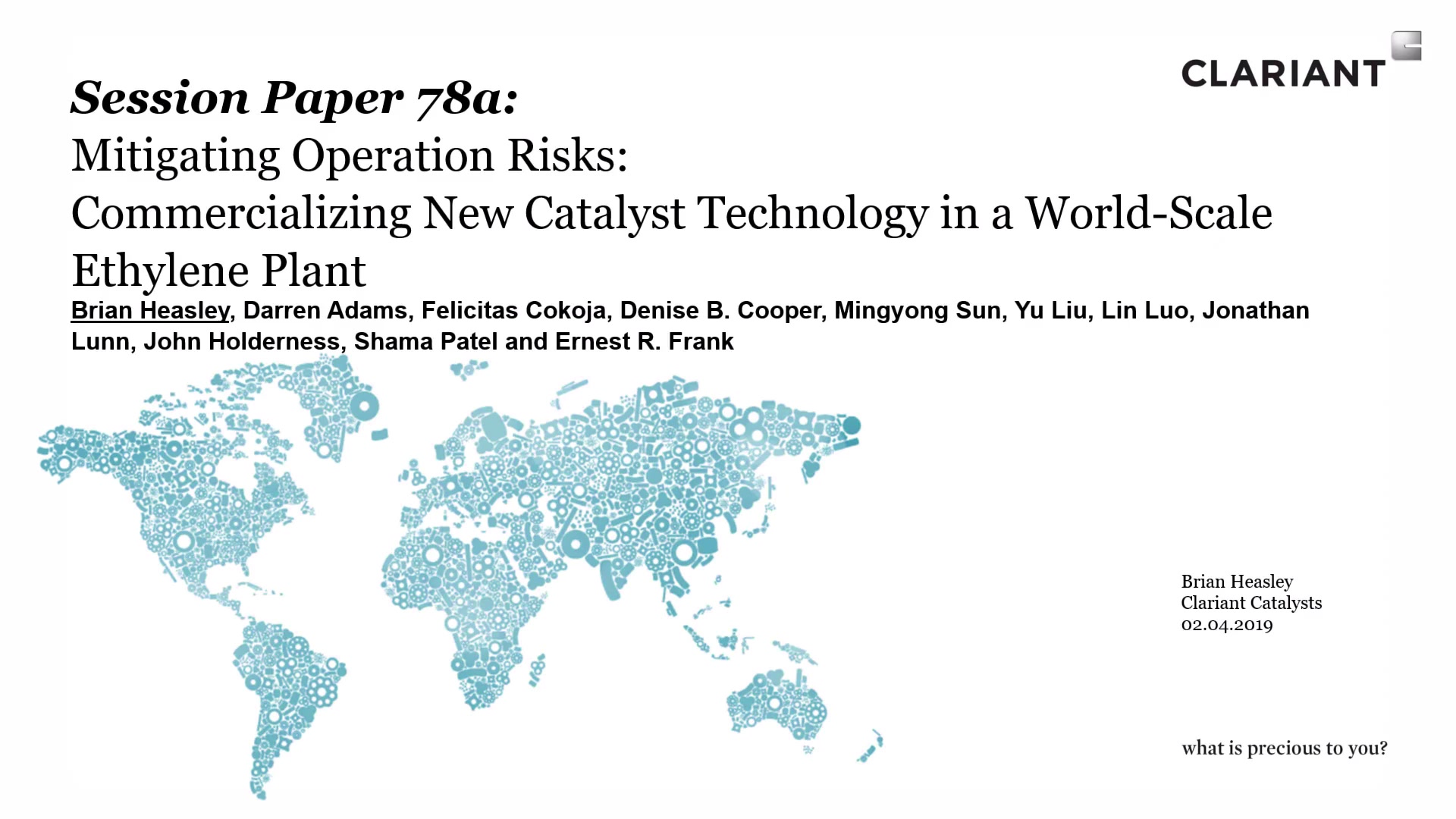 Bringing a new ethylene plant on stream and to full capacity quickly and smoothly is a tremendous undertaking. This is especially true in ethylene plants which employ â€œFront Endâ€ acetylene hydrogenation reactors which have traditionally been prone to run away at transient conditions common during streaming, such as:

With ethylene plant capacities hitting record highs, the cost of an off-spec incident during startup is substantially higher than even five years ago. As such, the market began to demand an ultra-stable front-end selective hydrogenation catalyst.

The Dow Chemical Company partnered with Clariant toward the new catalystâ€™s commercialization throughout several years of extensive laboratory and pilot testing. Despite what might be considered significant risk in selecting an unproven catalyst for use in a world-scale ethylene plant, Dow elected to proceed as the first adopter of this exciting catalyst technology at their new world scale cracker in Freeport, TX.

OleMaxÂ®260 was successfully commercialized in September 2017. The catalyst was very quickly and smoothly brought on specification despite low inlet CO levels and process variability which could have easily resulted in a runaway. Performance data to date confirm both its high activity and exceptional selectivity to ethylene.

Preview Presentation:
Presenter(s):
Brian Heasley
Once the content has been viewed and you have attested to it, you will be able to download and print a certificate for PDH credits. If you have already viewed this content, please click here to login.

Rapid Hydrotreating Catalyst Lifetime Determination and Deactivation Sensitivity Assay
Activity and stability of hydrotreating catalyst is extremely important in hydroprocessing, as it determines how long the reactor can be operated before the...
Catalytic Production of Hydrogen and Carbon Monoxide Via Methane Dry Reforming Reaction over Hydrotalcite-Derived Ni/Mg/Al Mixed Oxides Promoted with Zr and/or Ce
1. Introduction The reaction of dry reforming of methane (DRM) might become of a great importance in the near future since it is a method of CO 2 utilization,...