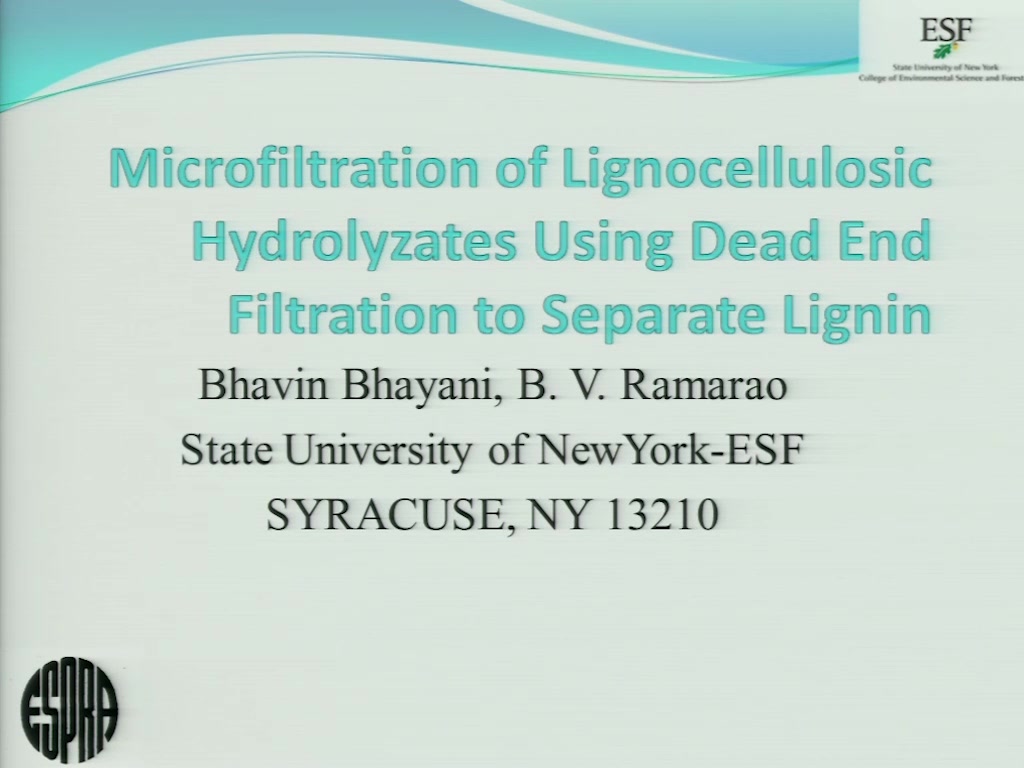 In the production of biofuels from lignocellulosics, the biomass is first extracted using dilute mineral acids or hot water. This hemicellulose rich oligomers are hydrolyzed under treatments at higher temperature and pressure to yield sugar monomers which are fermented into biofuels such as ethanol, biobutanol or bioplastics.  The initial treatment with either dilute acids or hot water also allows some of the lignin to pass in particulate, colloidal or dissolved forms into the sugar solution. Lignin and other phenolic compounds derived from it are strongly inhibitory to microbial fermentation processes. They also adhere to polymeric membranes, carbohydrates and other surfaces, fouling separation membranes. Their removal from the liquor stream not only facilitates downstream separations but improves the fermentation profiles of the resulting sugar hydrolyzates. Therefore, methods to separate lignin from liquors and hydrolyzates form valuable additional operations in the biorefineries.

A new approach has been developed which can separate inhibitory components from the extracts based on the fact that reduction of temperature of the biomass hydrolyzates can result in the native agglomeration and separation of lignin containing solids by simple settling and/or filtration which thus can result in large increases in separation efficiencies for hydrolyzates. By filtering the extracts at lower temperature (10ºC) it is possible to obtain higher flux rate than at higher temperatures (20ºC).  As shown in Figure 1 and Figure 2, the cumulative flow for extracts at 10ºC is higher than the extracts at 20ºC at two different pressures. The turbidity of permeate for any given combination of pressure and temperature was less than 10 NTU. It has been hypothesized that the natural flocculation tendency of extracts increases with decreasing temperature.

In addition to the temperature, the effect of addition of a flocculent (Polyethylene oxide, PEO) has been investigated. Substantial enhancement in filtrate flux upon addition of 20 ppm of PEO as seen in Figure 3 is observed.

Preview Presentation:
Presenter(s):
Bhavin Bhayani
Once the content has been viewed and you have attested to it, you will be able to download and print a certificate for PDH credits. If you have already viewed this content, please click here to login.

Cathode Filtration System Design and Optimization for PEM Fuel Cells
Cathode contamination causes significant performance degradation of proton exchange membrane fuel cells, as a result of poisoning the membrane electrode...
Metal-Organic Framework (MOF) Materials and Membranes for Molecular Separations
This talk will describe our recent progress in the synthesis and processing of MOF/ZIF materials for molecular separation applications, and their subsequent...