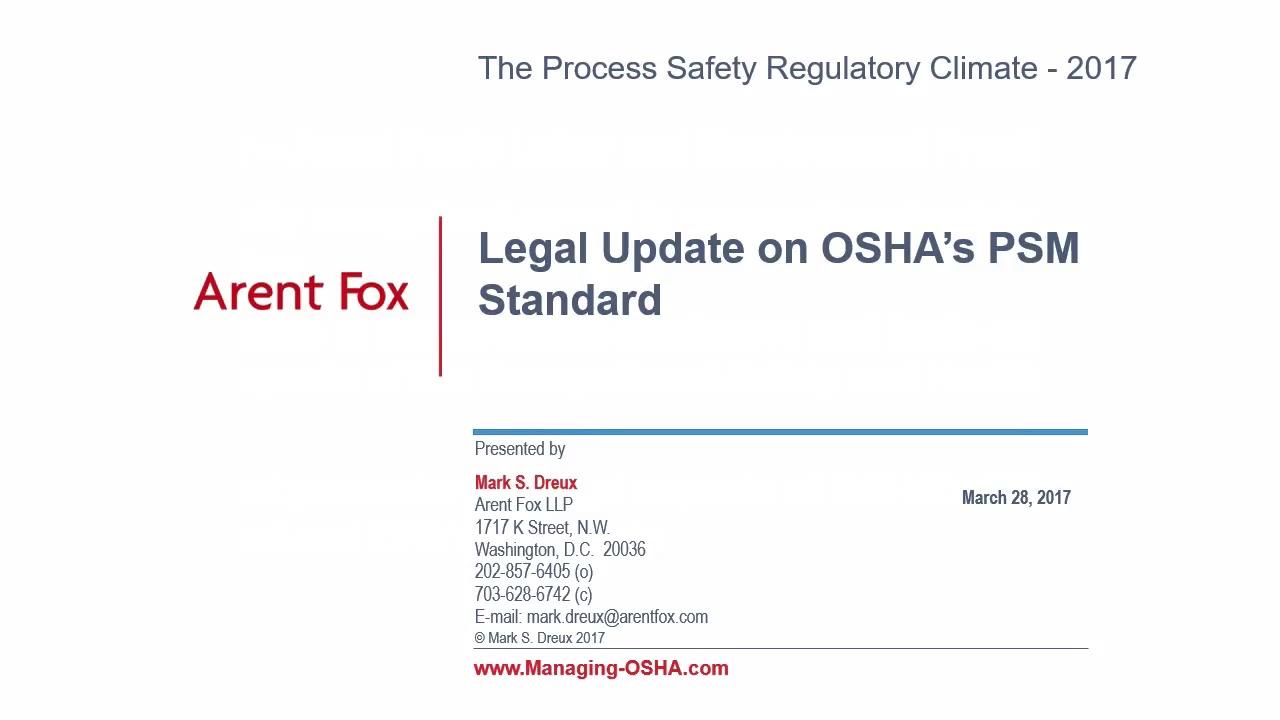 Over the last two years, OSHA has issued five interpretation guidance documents that have attempted to expand the scope of the PSM standard. These documents have addressed RAGAGEP, the 1% mixture rule, the retail exemption, storage facilities, and small businesses. In doing so, OSHA has changed many of its interpretations and rescinded prior guidance, and this presentation will explain the current interpretations that OSHA will now seek to enforce.

Over the same time period, OSHA has brought three enforcement actions based on aggressive interpretations of the PSM standard that (1) expand the meaning of â€œinterconnectionâ€ and â€œprocess equipment,â€ (2) permit OSHA to interpret industry documents and then enforce those interpretations, and (3) define PSM violations as â€œcontinuing violations.â€ We are waiting for the courts to issue their rulings on these issues. If OSHAâ€™s interpretations are upheld, this presentation will explain the rulings and how the PSM standard will subsequently be enforced.

In May 2016, EPA accepted comments on its proposed amendments to the RMP rule concerning third party audits, incident investigations, safer technology, and emergency response. EPA has said it will release its revised rule by January 2017. This presentation will also outline the major changes in the revised RMP rule, if it is issued.

Preview Presentation:
Presenter(s):
Mark Dreux
Once the content has been viewed and you have attested to it, you will be able to download and print a certificate for PDH credits. If you have already viewed this content, please click here to login.

Carbon Capture Ready Heavy Oil Extraction and Upgrading
Carbon dioxide emissions from heavy oil production are typically higher than that of producing conventional crudes. Ultimately, carbon dioxide emissions can...
Case Studies in Process Safety: Lessons Learned From Software-Related Accidents
Abstract Software often plays a significant role in the safety of complex systems such as those used in the chemical processing and energy production...