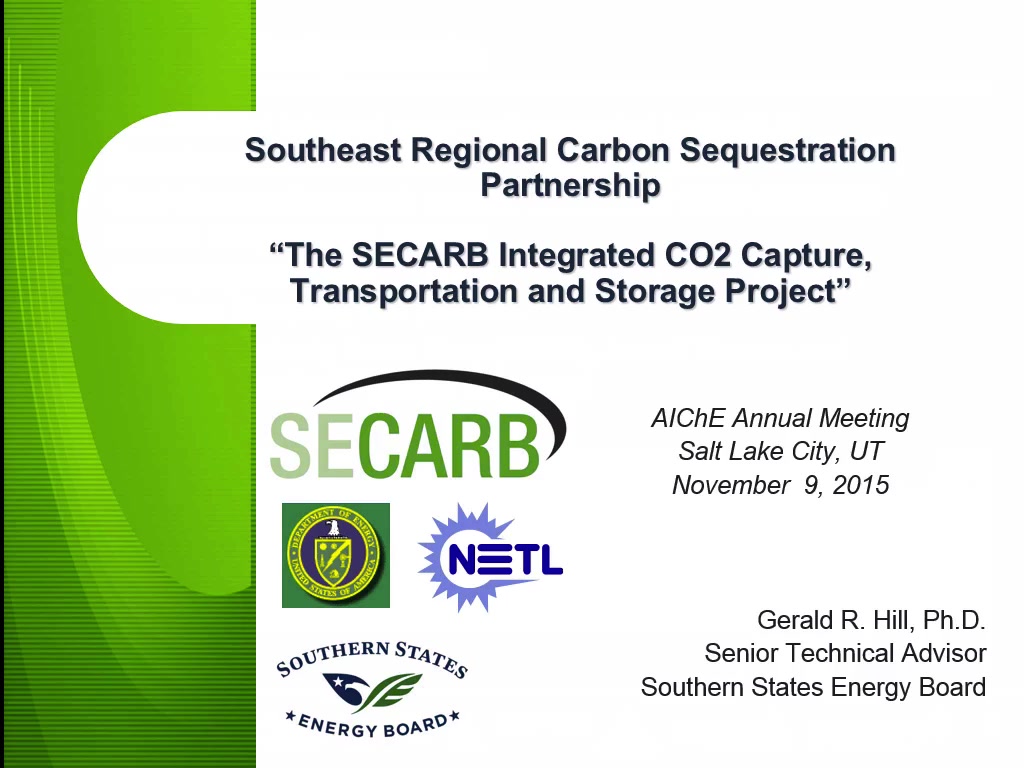 Southern Company is working with Mitsubishi Heavy Industries on continued testing at the 25 MW CO2 capture and compression plant at Plant Barry. Most recently, a high efficiency system (HES) was installed to support a DOE/National Energy Technology Laboratory-funded project. The HES is designed to recover heat from the inlet flue gas and CO2 regenerator. This heat is then used directly in the Rankine cycle by preheating boiler feedwater. The HES will demonstrate an increased efficiency of the CO2 capture unit and will have the following ancillary benefits:

The SECARB project is the largest integrated carbon capture, transportation and storage project at a pulverized coal-fired power plant in the USA. It has resulted in the deployment of the world’s largest CO2 capture and compression plant for a coal fired boiler in Texas. This new commercial facility will have a CO2capture capacity of 4,776 metric tons per day.

From August 2012 until September 2014, a total of 114,104 metric tons of CO2captured at Plant Barry were transported by pipeline and stored underground in a deep, saline geologic formation within the Citronelle Dome located in Citronelle, Alabama. The injection target is the lower Cretaceous Paluxy Formation which occurs at a depth of 2,865 meters (9,400 feet). The injection wells and surface facilities are located on property which is owned fee simple by the field’s operator, Denbury Onshore, LLC.

Field monitoring data indicates that the CO2 has remained within the permitted Area of Review and no negative seismic anomalies are present above or in the caprock, thus indicating the CO2 is contained within the injection zone. Post injection monitoring will continue for a period of three years.

Preview Presentation:
Presenter(s):
Gerald Hill
Once the content has been viewed and you have attested to it, you will be able to download and print a certificate for PDH credits. If you have already viewed this content, please click here to login.

Impacts of Transport and Sorbent Properties on Removal of Vapor-Phase Mercury from Combustion-Generated Flue Gas
Why Detonation Is the Only Way to Explain Some Vapour Cloud Explosions
The possibility that Deflagration to Detonation Transition (DDT) occurs in vapour cloud explosions (VCEs) in industrial accidents has generally only been...