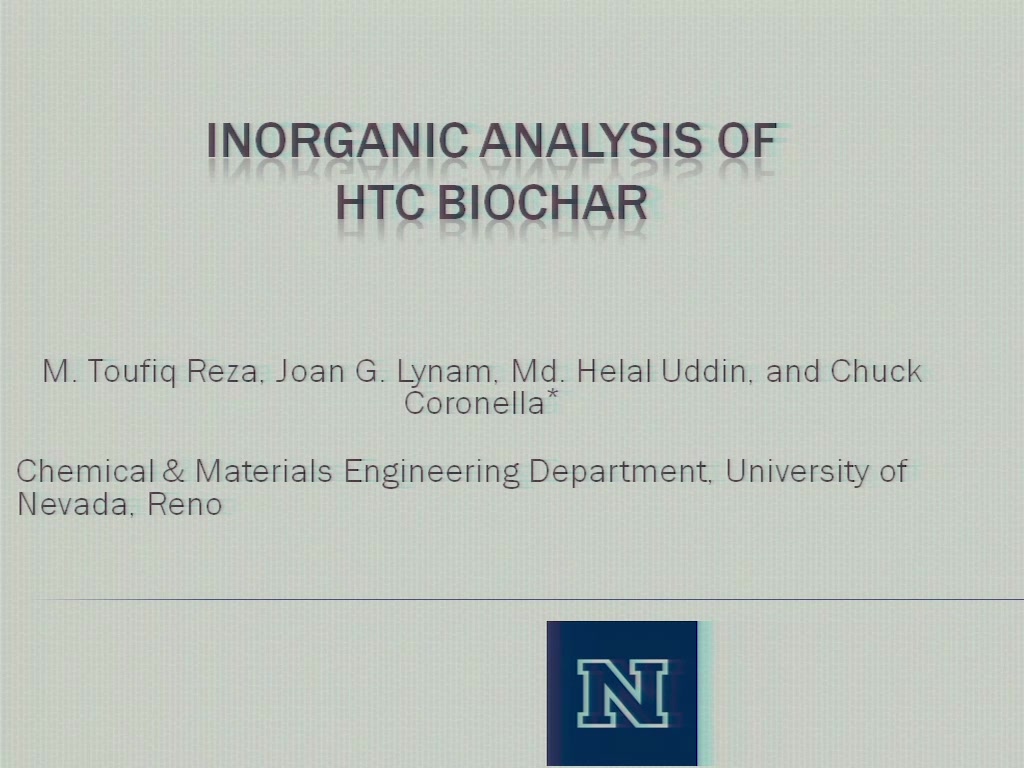 The increase in greenhouse gas concentration, primarily due to emissions of CO2 produced in use of fossil fuel, motivates many efforts to identify renewable energy alternatives. Using fuel from food sources is not optimal, since malnourishment is still prevalent in the developing world. Despite the abundance of lignocellulosic biomass, transportation, handling, low fuel value, and ash content hinder the development of this potential coal replacement. Torrefaction of lignocellulosic biomass can improve the energy value to that of low grade coal, but high inorganic content  continues to be a challenge in co-firing processes. Ash is difficult to remove and alkali metals like potassium, sodium, sulfur, and chlorine tend to corrode equipment, as well as cause slugging and fouling.

Hydrothermal carbonization (HTC or wet torrefaction) is a pretreatment process which makes a homogenized, carbon rich, and energy dense solid fuel, called biochar, from underutilized lignocellulosic biomass. Compared to raw biomass, biochar is both more hydrophobic for better storage properties and more friable for better processing. In this pretreatment method, the biomass is treated with hot compressed water in an inert environment in the temperature range of 200-260°C. The ionic constant of water is maximized in this temperature range. HTC at 260°C has an acidic pH of 3.5-3.8, predisposes most of the alkali metals to react. Moreover, the HTC process gives a mass yield of 60-90% and an energy yield 75-95%.

Minerals comprising ash might be dissolved in hot water during HTC. An experimental investigation was undertaken to evaluate which minerals are dissolved by HTC, with an attempt to identify conditions to that maximize leaching. Four biomass feedstocks were studied, including miscanthus, switch grass, corn stover, and rice hulls, and HTC at 200 °C, at 230 °C, and at 260 °C was studied. ICP-OES was used to quantify the inorganic content in each biomass and HTC char, Solid samples underwent acid digestion (HNO3 and HF) prior to ICP-OES. The chlorine content was estimated from the ash of the solid samples using SEM-EDX.

Preview Presentation:
Presenter(s):
M. Toufiq Reza
Once the content has been viewed and you have attested to it, you will be able to download and print a certificate for PDH credits. If you have already viewed this content, please click here to login.

Enzymatic Hydrolysis of Pulp Dissolved In N Methyl Morpholine Oxide (NMMO) and Ionic Liquids
The first step in the conversion process of biomass to biofuels or hydrogen lies in picking an environmentally friendly solvent which is capable of breaking up...
Studying the Mechanism of the High Voltage Ce3+/Ce4+ Redox Couple through Kinetic Measurements and Spectroscopy
Renewable energy is the fastest growing source of electricity in the U.S., and is predicted to continue to be the fastest growing source through at least 2050...