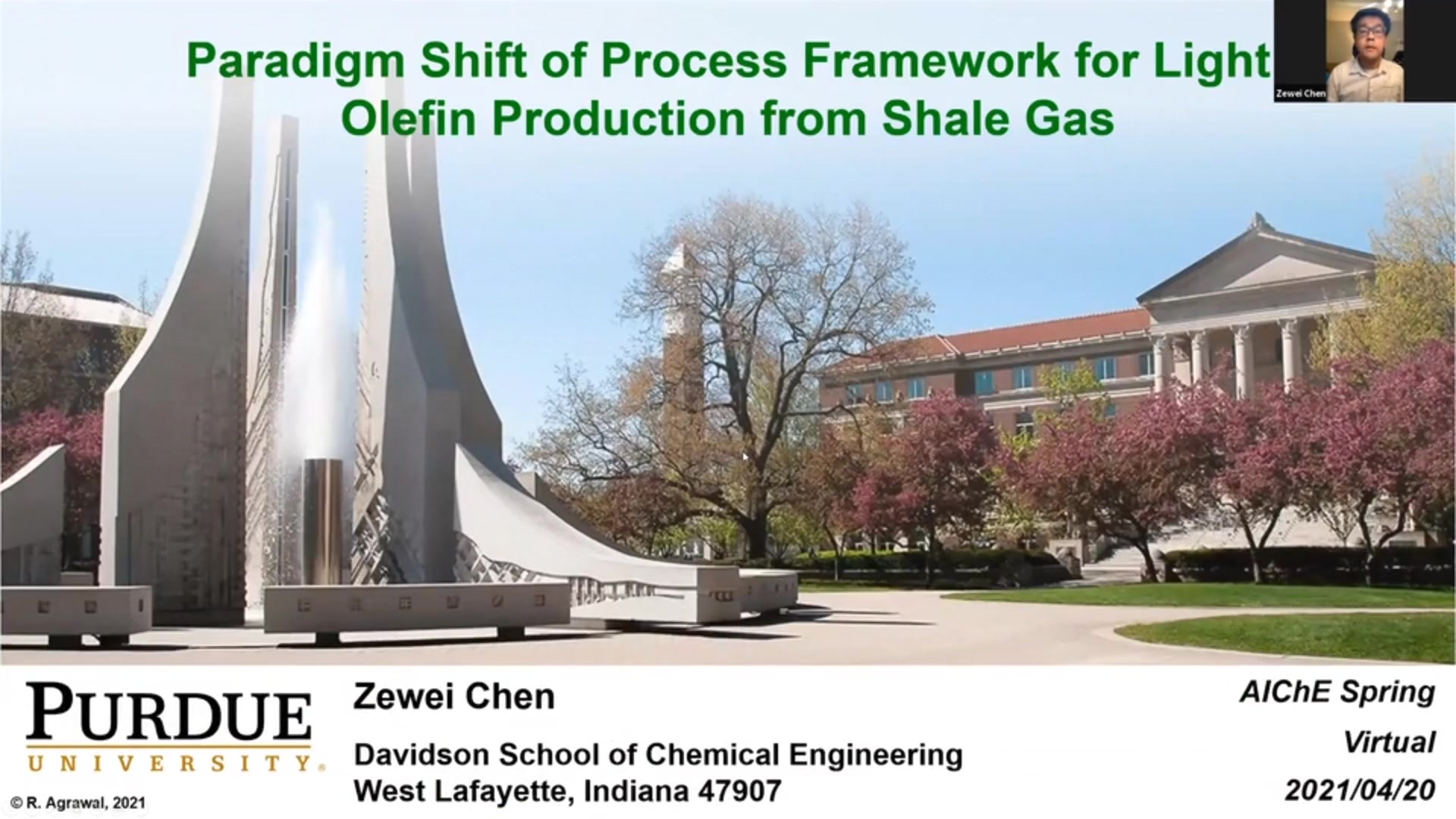 The shale gas boom in the United States provides abundant natural gas liquids (NGLs) as feedstocks to petrochemical industry1. The major use of natural gas liquids is to produce olefins such as ethylene, propylene, and butene, which are crucial building blocks to manufacture plastic, fiber, rubber, etc. Two major bottlenecks of the conventional process framework are the conversions in reactors and the complexity of separation systems in frontend and post-reaction separation steps. Both steam cracking and catalytic dehydrogenation requires high temperatures (850Â°C for stream cracking and 500âˆ¼650Â°C for catalytic dehydrogenation of propane and butane) and low partial pressure of NGL to achieve high conversions per pass. Furthermore, steam is introduced to the steam cracker to further decrease the partial pressure of hydrocarbons; diluents such as CH4, N2, H2 or steam are also sometimes introduced to catalytic dehydrogenation reactor 2-5. However, additional separation steps to remove these diluents contribute significantly to the process complexities and the costs associated with the process. Separation units in the system, such as cryogenic demethanizer, paraffin/olefin separations are conventionally achieved through complex heat-pumped distillation configurations. More importantly, several post-reaction separations are repeated separations as they are also required in the front end. Due to this duplication of separation steps, not only more energy is consumed but more equipment is employed contributing to increased capital expenditure.

Preview Presentation:
Presenter(s):
Rakesh Agrawal
Zewei Chen
Once the content has been viewed and you have attested to it, you will be able to download and print a certificate for PDH credits. If you have already viewed this content, please click here to login.