The Influence of Hydrophilic Properties on Foamy Three Phase Systems 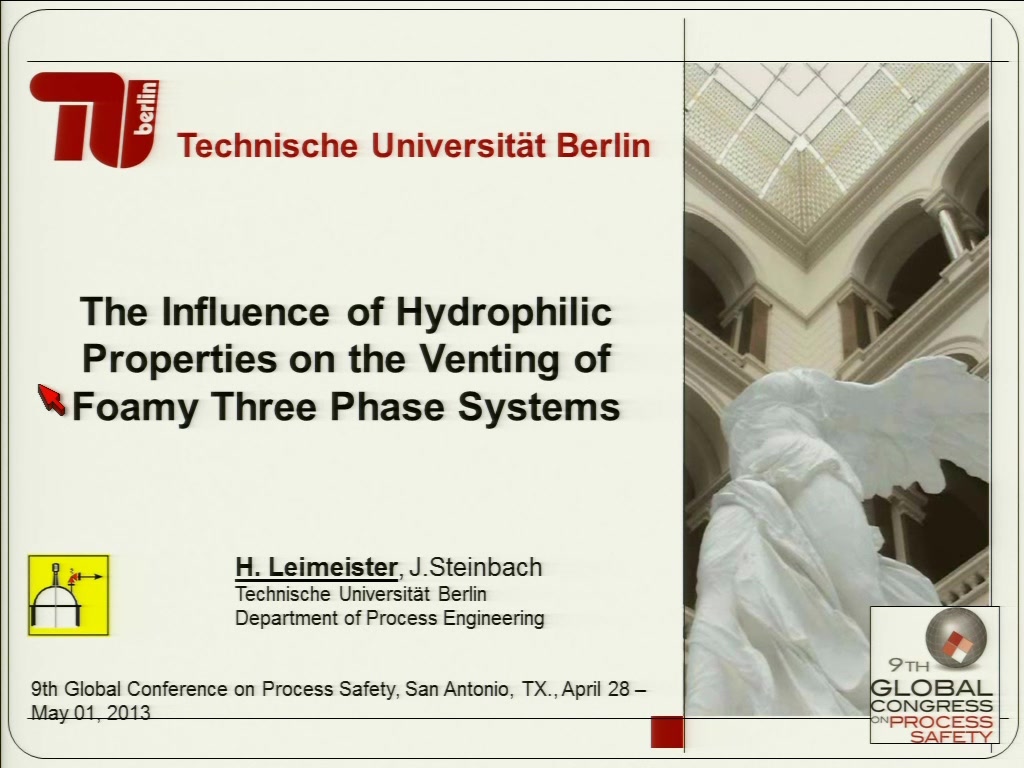 In different industrial fields amphiphile components are used. These components potentially lead to the formation of foams. Normally those foams are not desired and are usually avoided. But in setups like a bubble column or during flash evaporation it is not uncommon that limitations are reached.

Another field where foam formation leads to drastic problems is in the case of venting. The venting of foamy systems has been widely researched for several centuries. Nevertheless, still only conservative assumptions can be made to determine the needed safety valve or rupture disc size needed for a given scenario.

If a third phase consisting of solid particles, like catalysts, is additionally included in the system even experimental data is scarce. Up to date those scenarios have not sufficiently been taken into account.

Experiments were carried in two different setups differing in reactor volume, height-to-diameter ratio and material to study wall effects as well as influences of the particles on the bubble nucleation Silicabeads were used and compared in hydrophilic sodiumdodecylsulfate (SDS) and Falterol solutions. To determine the effect of surface forces the particles were used without any further preparation and also sylilated. The sylilated particles have are hydrophobic while the plain particles are hydrophilic.

Results show, that with plain particles an increase in mass discharge and a slower decrease in pressure are observed. Particles are not significantly vented. Aveyard et al [1] indicate that this results due to the stabilization of hydrophilic foams by hydrophilic particles.

For sylilated particles the effect is expected to be even more pronounced. The particles will float at the beginning of the experiment. But while particles floating due to their density show no effect on the venting process [2], the sylilated are expected to be discharged at the beginning of the depressurization and thus slow the pressure decrease. Results of first experiments proof this influence.

According to these results even conservative assumptions made during design of safety valves or rupture disks for foaming systems may lead to venting areas that are not sufficiently large and thus to unsafe conditions.

A recommendation on consideration of these effects for the design of safety valves or rupture discs will be given.

Preview Presentation:
Presenter(s):
Henrik Leimeister
Jrg Steinbach
Once the content has been viewed and you have attested to it, you will be able to download and print a certificate for PDH credits. If you have already viewed this content, please click here to login.