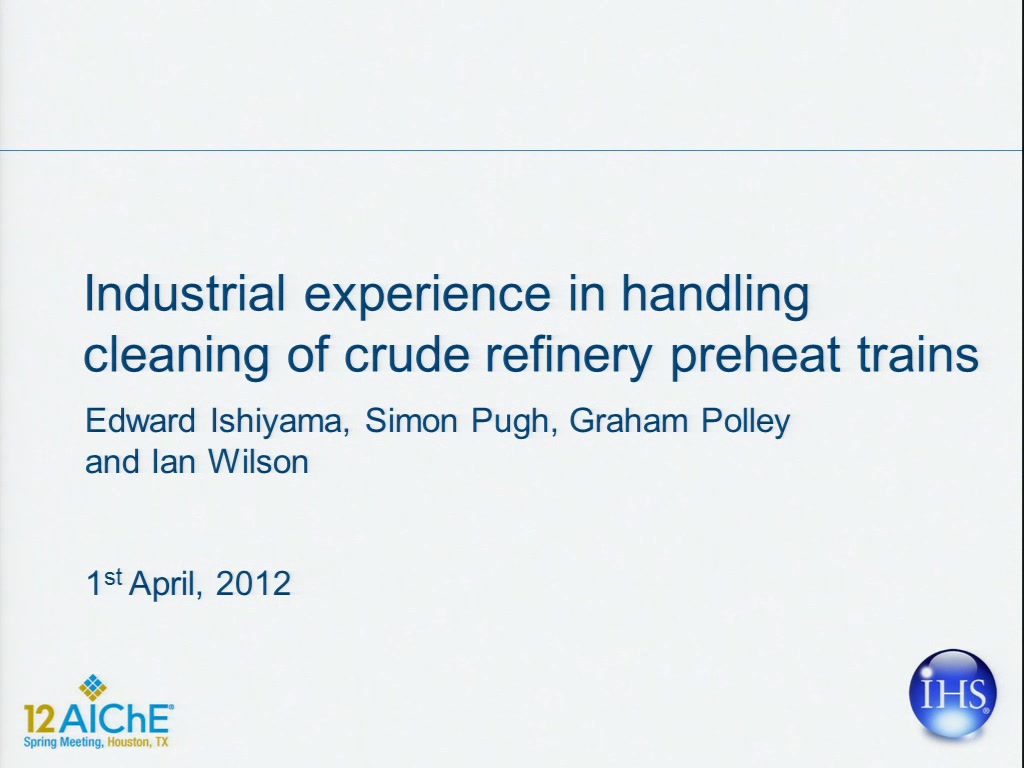 Oil refineries are a major part of the national economy: in the UK alone, there are nine major refineries, processing over 1.8 million barrels of crude oil per day (Watson and Vandervell, 2006), consuming energy at the rate of gigawatts (~ 7.9 GW: Marsh-Patrick, 2006). Heat exchangers (HEXs) play a major role on refineries in saving energy. Distillation is the main consumer of energy on a refinery, and networks of HEXs are connected together in a preheat train to reduce the duty on furnaces. These units all suffer from fouling. Based on the world crude oil consumption of ~ 88 MM bbl per day (in 2009 2010), around 36 MM tonnes per year of extra CO2 is estimated to be emitted due to fouling (IHS ESDU, 2011). Handling fouling is a major challenge, and to-date, total elimination of fouling has not been achieved. Hence, cleaning of refinery exchangers is considered a practical solution. Since the original work done by Georgiadia and Papageorgiou (2000) and Smaïli et al. (2001), optimizing scheduling in a practical perspective has taken broader attention (e.g. Ishiyama et al., 2010). In this paper we discuss practical industrial concerns on scheduling cleaning in crude refinery exchangers and demonstrate a novel heat exchanger network simulation tool, smartPM, used to mitigate fouling in a techno-economic perspective.

Preview Presentation:
Presenter(s):
Simon J. Pugh
Once the content has been viewed and you have attested to it, you will be able to download and print a certificate for PDH credits. If you have already viewed this content, please click here to login.