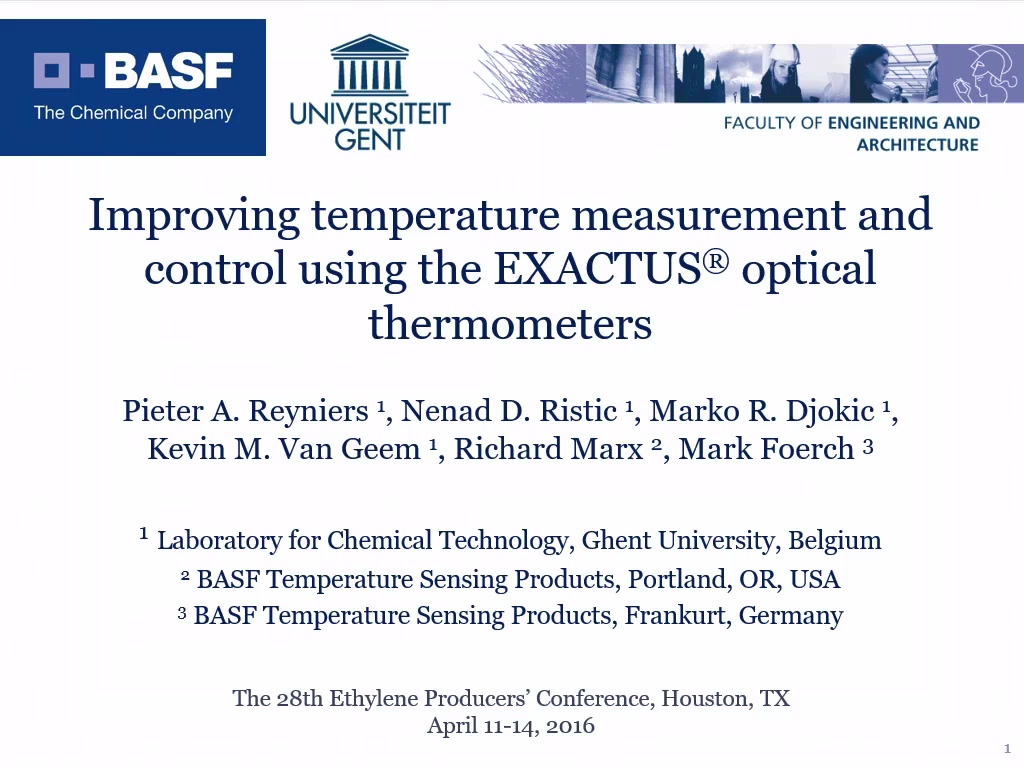 To assess the performance of the BASF EXACTUS® optical pyrometer device for controlling the COT of steam cracking furnaces ethane steam cracking experiments have been carried out in the Pilot plant of the Laboratory for Chemical Technology (LCT), Gent, Belgium. The EXACTUS® device was used in two different configurations for providing the process value to the PI-controller of the natural gas burner valve. The control performance was compared with a similar setup in which the EXACTUS® device was replaced by a type K thermocouple, the latter being representative of the present state of the art in furnace control by a using wall temperature measurement.

The experiments are compared in terms of temperature profile stability, product yield stability and coke formation. On-line gas chromatography analysis provided time-resolved data of the process gas composition. The standard deviations on the ethane conversion analysis and ethene yield measurement are an indication of the stability of the process with the given control system. For both the conversion analysis and the ethene yield analysis, the standard deviations are smallest for the EXACTUS® TMT control system.


Preview Presentation:
Presenter(s):
Kevin M. Van Geem
Richard Marx
Once the content has been viewed and you have attested to it, you will be able to download and print a certificate for PDH credits. If you have already viewed this content, please click here to login.