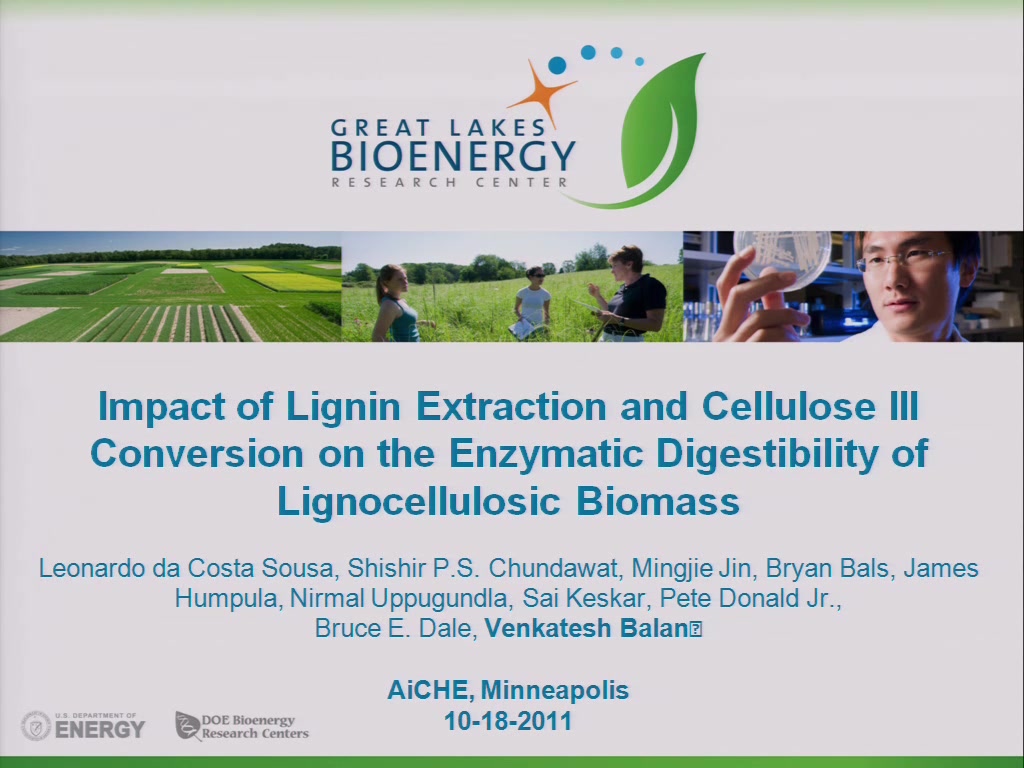 The benefits of delignification on plant cell wall digestibility by hydrolytic enzymes are well described in the literature. The presence of lignin increases non-productive binding of cellulases, resulting in enzyme inhibition and decrease in the sugar yields. Moreover, lignin acts as an anti-microbial agent, reducing cell viability and ethanol yields.

Recently, additional benefits by modifying the crystal structure of native cellulose (cellulose I) to cellulose III were also reported. After this modification, it was possible to double the rate of enzymatic hydrolysis of cellulose. However, this increase was observed for purified cellulose, native from algae (Cellulose Iα), which has a different crystal configuration than the cellulose native from plants (Cellulose Iβ). Therefore, it is not evident that this modification is possible to be obtained in plant cell walls and that it can represent the same kind of benefits observed for purified cellulose. From the literature, cellulose III is obtained by contacting cellulose I to supercritical ammonia or different types of amines in anhydrous conditions. Additionally, water is known to prevent the conversion of cellulose I to cellulose III, however the water concentration limit that allows cellulose III to be formed is not yet clearly defined. For biorefinery applications, plant biomass will contain a certain degree of moisture that could prevent stable cellulose III formation and therefore, it is important to verify in what extent is possible to convert native cellulose to cellulose III in plant biomass.

In this perspective, our goal was to test the benefits of cellulose III conversion under non-anhydrous conditions, using corn stover, and couple this modification with lignin extraction in a single stage process – Extractive AFEX (E-AFEX). These benefits were compared with the traditional non-extractive ammonia based pretreatment method - AFEX.

Preview Presentation:
Presenter(s):
Venkatesh Balan
Once the content has been viewed and you have attested to it, you will be able to download and print a certificate for PDH credits. If you have already viewed this content, please click here to login.

Cellulosic Ethanol Production through Chemical Detoxification
Cellulosic ethanol production from lignocellulosic biomass offers a sustainable solution for transition from fossil based fuels to renewable alternatives...
Sustainability of Biomass Crop Production
Woody biomass is renewable only if sustainable production is imposed. How to evaluate the benefit of different biomass crop species on a sustainability scale...