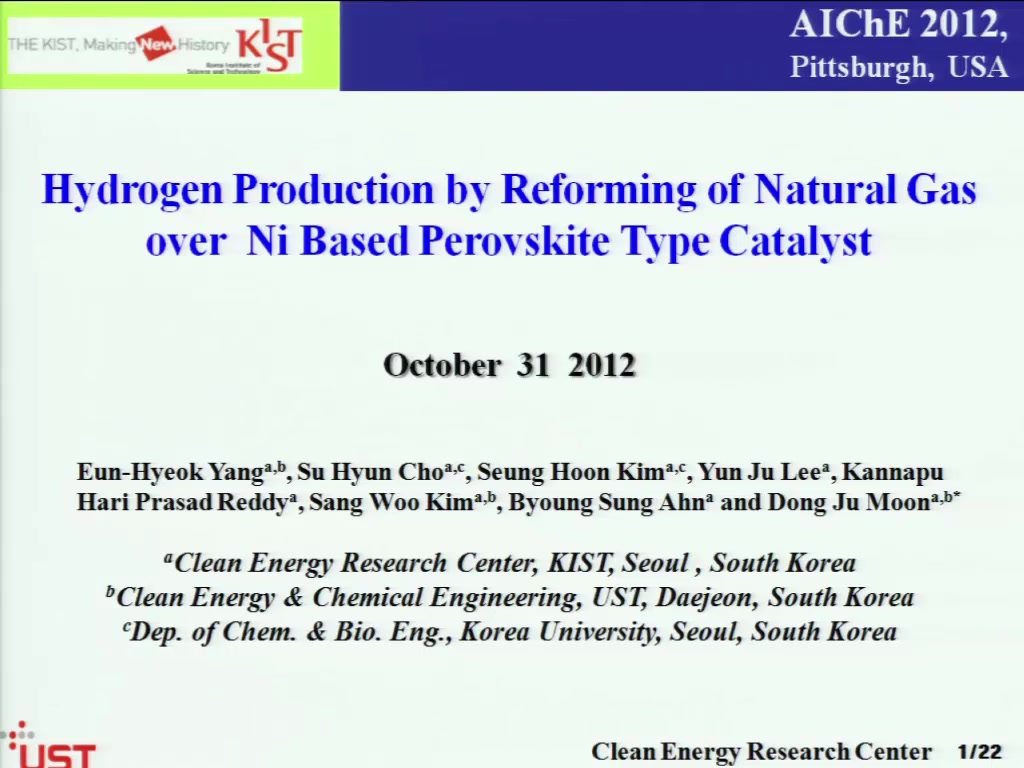 Steam CO2 reforming of methane over Ni-based perovskite type catalyst was investigated to produce hydrogen-rich gas for applications in hydrogen station and fuel cell process. Ni-based perovskites were prepared by the Pechini method and calcined in air. The catalysts before and after the reaction were characterized by N2physisoprtion, CO chemisoprtion, XRD, TPR, SEM and TEM techniques. To obtain hydrogen-rich gas, simulations for SCR and SR were carried out by commercial simulation program, and catalytic performance was evaluated in a fixed bed reactor system using feed ratio estimated by simulation. The results suggest that the hydrogen-rich syngas produced by SCR and SR of methane can be applied to SOFC and MCFC systems.

Preview Presentation:
Presenter(s):
Dong-Ju Moon
Once the content has been viewed and you have attested to it, you will be able to download and print a certificate for PDH credits. If you have already viewed this content, please click here to login.