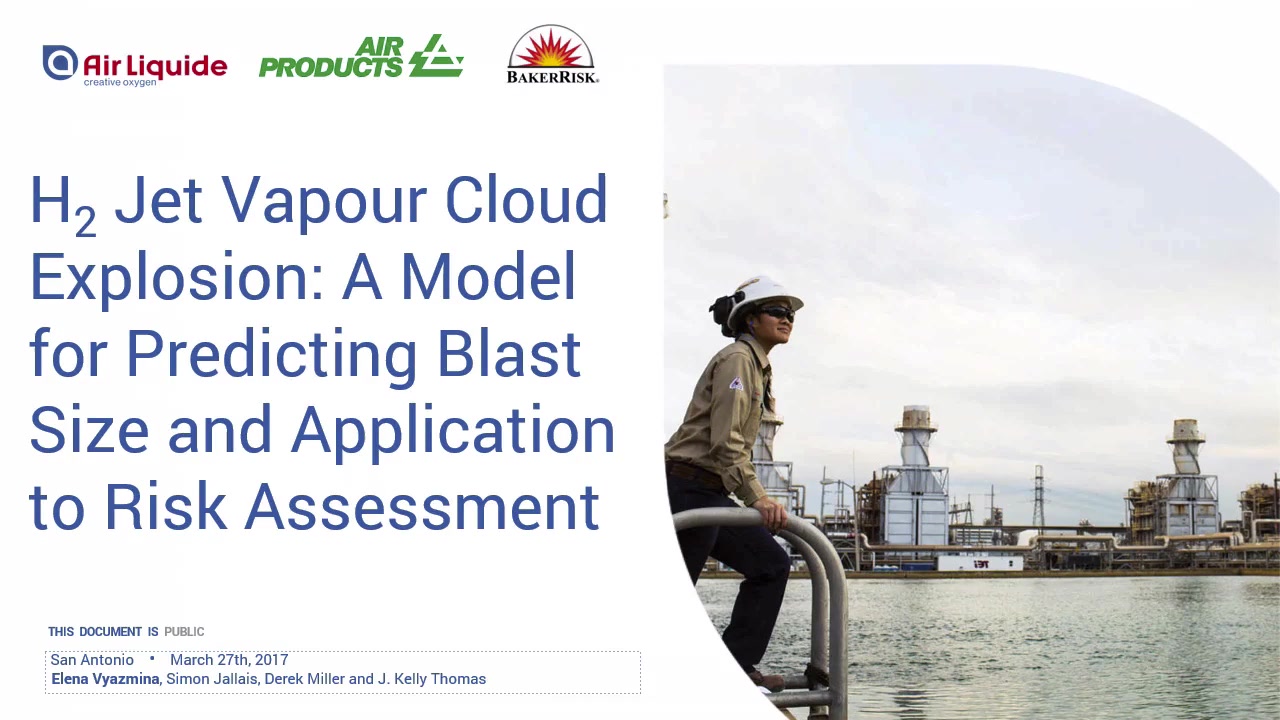 Releases of hydrogen at elevated pressures form turbulent jets which may pose vapor cloud explosion (VCE) as well as jet fire hazards.  The turbulence induced by the jet release can lead to flame speeds sufficient to produce damaging blast loads if the release is not immediately ignited, even in the absence of confinement or congestion.  The VCE hazard posed by such high pressure hydrogen releases is not well-recognized.

The authors have previously presented test data and computational fluid dynamic (CFD) modeling analyses which characterize high pressure hydrogen releases and the associated VCE hazard.  The current paper provides an overview of this VCE hazard, presents a simplified method for predicting the potential resultant blast loads, and discusses the implications of such events for building siting analyses and risk assessments.

Preview Presentation:
Presenter(s):
Simon Jallais
Once the content has been viewed and you have attested to it, you will be able to download and print a certificate for PDH credits. If you have already viewed this content, please click here to login.

Two-Phase Jet Releases and Droplet Dispersion: Rainout Experiments and Model Validation
Many accidents involve two-phase releases of hazardous chemicals into the atmosphere. Rainout results in reduced concentrations in the remaining cloud, but can...
Implementing LOPA Recommendations Into Design of Instrumented Protective Systems
The inherent process risk is reduced to a tolerable level by implementing Protective Functions. Each organization has to define the tolerable risk level. Each...