How Safe Is Your Safe Haven? | AIChE
Skip to main content

How Safe Is Your Safe Haven? 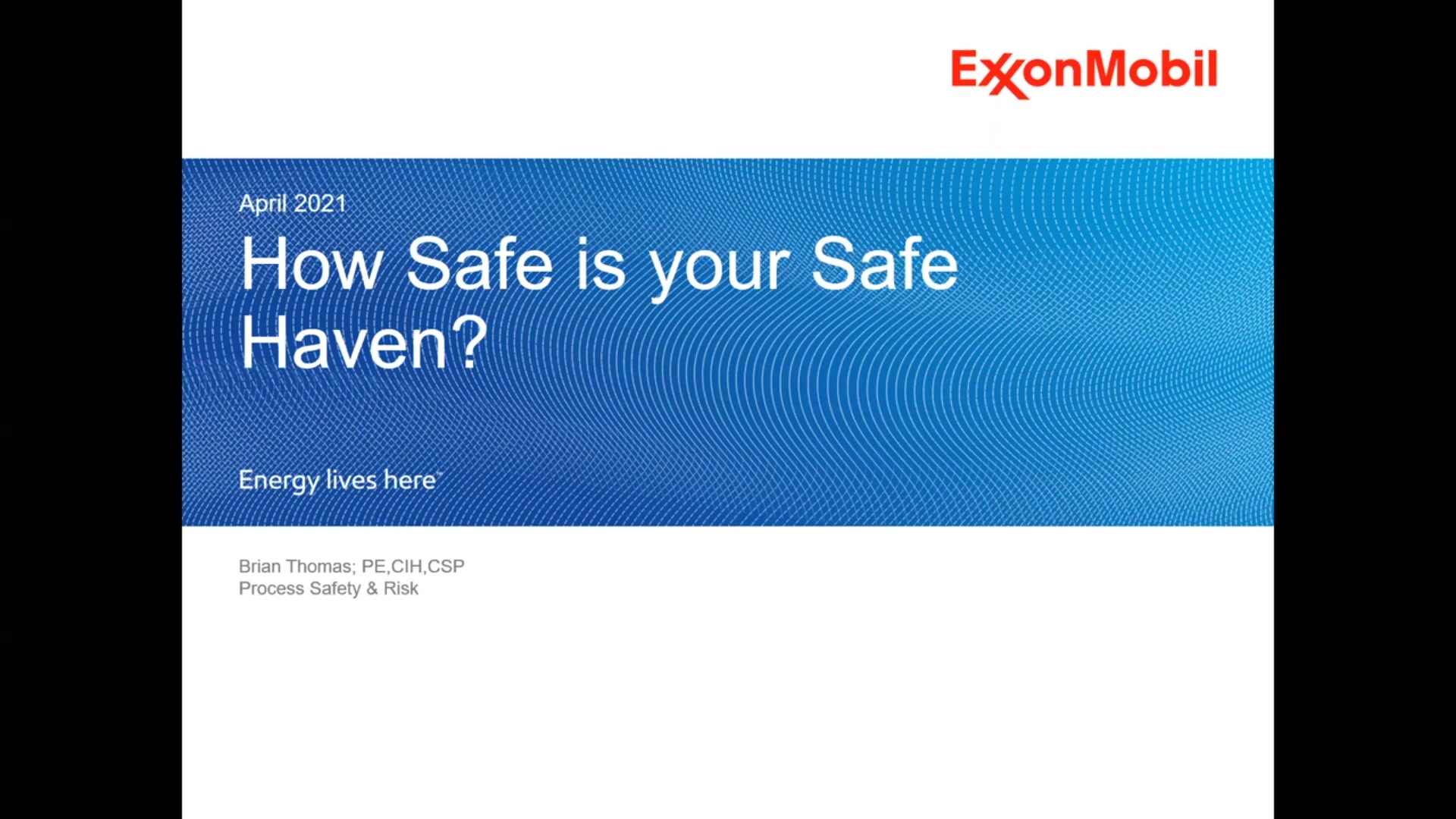 When onsite toxic refuge analysis consists of qualitative reviews such as providing tape for doors & windows, shutting down the HVAC, a radio and procedures to shelter-in-place how is it assured the building is safe enough?

To apply these three criteria there has to be a fundamental understanding of three toxic refuge concepts:

The release scenario establishes the credible basis for the toxic refuge design, and the emergency response plan utilizes the scenario and refuge design to determine the magnitude of response. For example, if an ongoing event is more severe than the design point of a toxic refuge, then the emergency response plan would call for an evacuation / rescue of the building occupants. And if the event is less severe than credible basis for the toxic refuge design, then evacuation / rescue may not be needed.

In addition, if the buildingâ€™s intended purpose (such as a control center) dictates how long a building needs to be occupied (for example, to safely park the operating units), this requirement, in conjunction with the release scenarios, can establish a priority for building design improvements.

If a site evaluates the Toxic Refuge and determines that the safe exposure inside is shorter than is needed to transition the facility to a safe state, the site can take actions in any one of three (or multiple) areas. For instance, in this case the emergency response plan can be altered to evacuate the building occupants earlier or provide protective suits. The process facility design can be altered to add another protection layer such as increased the water suppression available, faster detection and response time, or a more sophisticated de-inventorying design. The toxic refuge design can be improved by adding scrubbing capacity, improving the building tightness, adding an interior safe room. In this case it is easy to see how the decision analysis process for this situation can be iterative as changes to one of the elements affects the other two.

Preview Presentation:
Presenter(s):
Brian Thomas
Once the content has been viewed and you have attested to it, you will be able to download and print a certificate for PDH credits. If you have already viewed this content, please click here to login.

How to Effectively Apply Incident Command System (ICS) to Emergency Response
The Incident Command System (ICS) is a standardized approach typically structured into five functional areas: Command, Operations, Planning, Logistics, and...
Importance of Safety Critical Devices and Emergency Shutdown Systems in a Process Plant
Engineered Safety Systems are always a critical part of any hazardous process plant and should always be kept align with the design intent to avoid a...