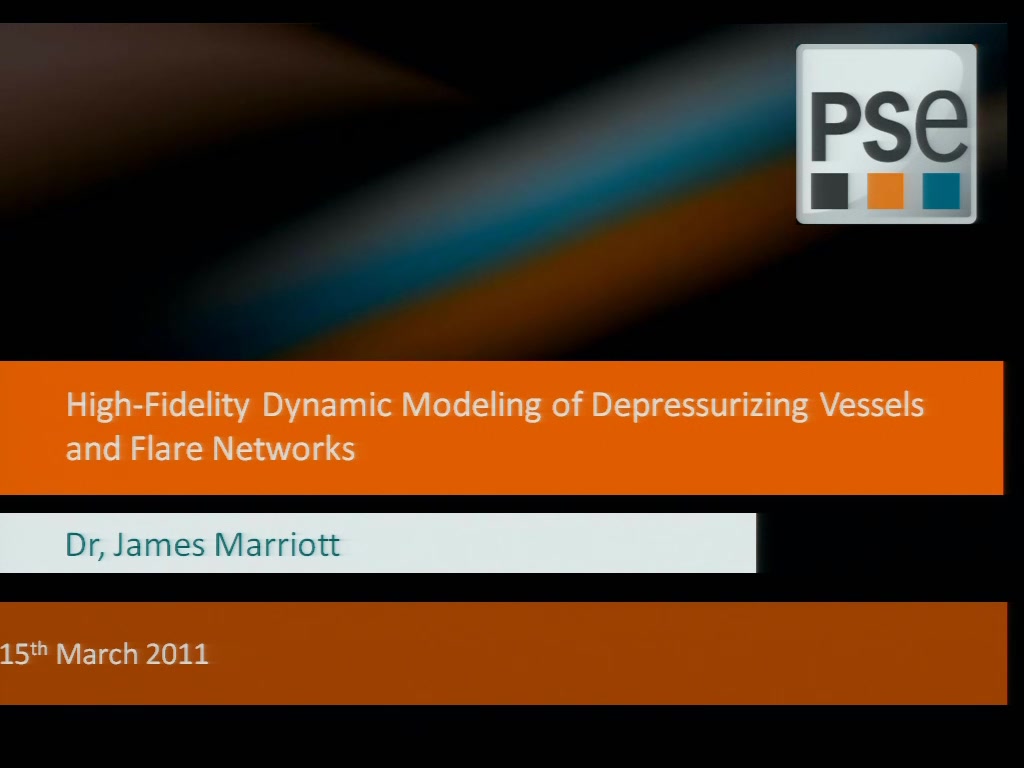 The use of dynamic modeling for relief system design can result in a considerable reduction in capital expenditure while simultaneously improving plant safety. This paper considers the application of dynamic analysis to two areas, vessel depressurization and flare network design, in order to accurately quantify relief loads and metal temperatures to enable informed safety and CAPEX decision support.

The detailed dynamic modeling and simulation of the rapid depressurization (&'blowdown&') of high-pressure vessels is a key element of the safety analysis of oil & gas production plant and other high-pressure installations. This depressurization not only determines the load imposed on the pressure relief system (e.g. flare network) but, more importantly, may result in significantly reduced temperatures of the vessel walls, which may lead to embrittlement and high thermal stresses.

Models for blowdown have been proposed by several authors over the past two decades, and some of this work has been applied extensively in industrial applications. This paper presents a next-generation model for blowdown calculations. In contrast to earlier models in the literature, the model incorporates 2-D and 3-D representations of the metal walls taking account of the transfer of heat between regions of the wall in contact with different phases. This allows a more accurate estimation of the wall temperatures, and the direct computation of thermal stresses. The model also incorporates a more accurate description of the non-equilibrium interactions among the various phases which does not rely on the use of adjustable parameters. The model has been validated against the set of experimental data obtained from a full-scale vessel.

The flare networks for major plants represent a non-negligible part of the overall capital investment. Current industrial practice for their design is primarily based on steady-state analysis, as described in standards such as API 521 and supported by widely-used software tools. However, it is a widely recognized fact that the application of steady-steady considerations to what is fundamentally a dynamic system inevitably requires the use of conservative assumptions which often result in significant oversizing of flare headers and other components of the network. Another major contributor to capital cost is the use of special materials for the parts of the system that may be exposed to low-temperature fluids ? typically the sections of header close to the relief valves for high-pressure process vessels ? and which are therefore at risk of embrittlement. The key to being able to limit the additional capital expenditure is the accurate estimation of the length of piping that is subject to abnormal temperatures.

This paper describes, in addition to the high-fidelity depressurization capabilities, a complementary advanced model-based system for flare system network design that addresses the above issues while being compatible with existing steady-state flare network technology. The system supports steady-state and dynamic analysis, wall temperature modeling and prediction of hydrate and ice formation within a single integrated framework.

Preview Presentation:
Presenter(s):
James Marriott
Once the content has been viewed and you have attested to it, you will be able to download and print a certificate for PDH credits. If you have already viewed this content, please click here to login.