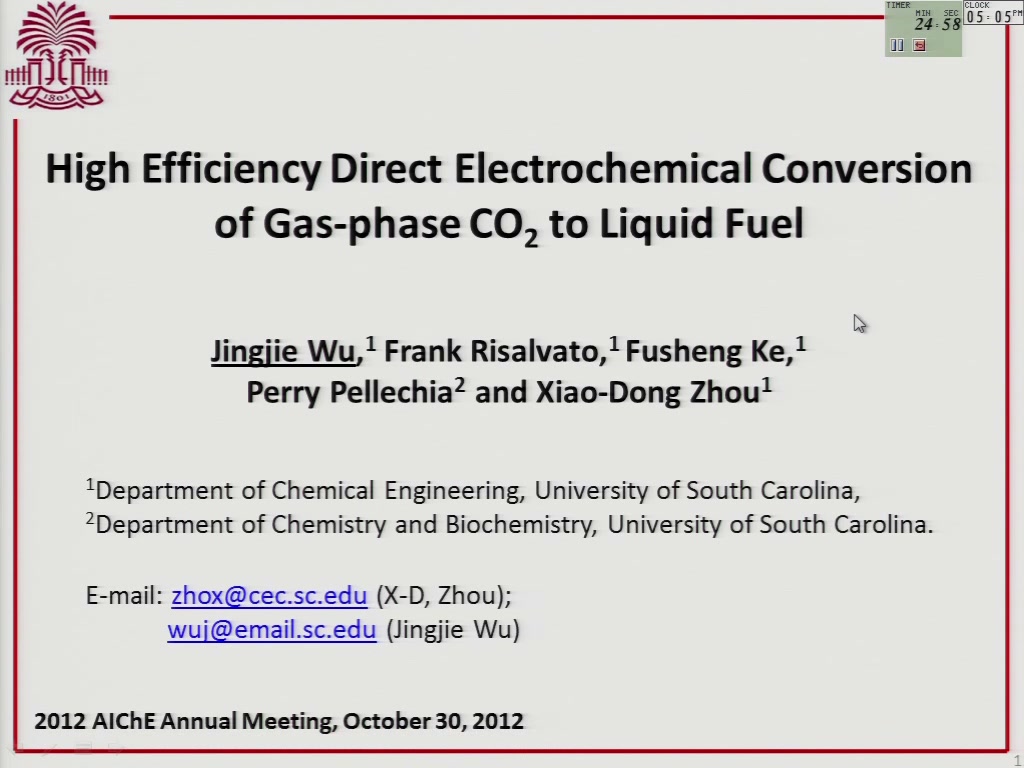 In this paper, we will discuss a design of an electrochemical cell for CO2 reduction implementing a proton exchange membrane (PEM) by adding a liquid buffer layer between the membrane and the cathode electrode. This configuration enables production of liquid fuels from CO2 on Sn gas diffusion electrode at high efficiencies. Specifically, the formate was produced from the electrochemical reduction of CO2 with an overpotential lower than 0.2 V. At such a low overpotential, the Faradaic efficiency and energetic efficiency of formate production with a buffer layer of 0.1 M KHCO3 reaches 78.5% and 66.4%, respectively. Moreover, a maximum Faradaic efficiency of ~95% can be achieved. The production rate of formate increases with increasing cell potential to approximately 10 μmol min-1 cm-2 at a cell potential of -3.0 V. In contrast, hydrogen evolution reaction dominates at the cathode side in the PEM electrochemical cell without a buffer layer.

Preview Presentation:
Presenter(s):
Jingjie Wu
Once the content has been viewed and you have attested to it, you will be able to download and print a certificate for PDH credits. If you have already viewed this content, please click here to login.