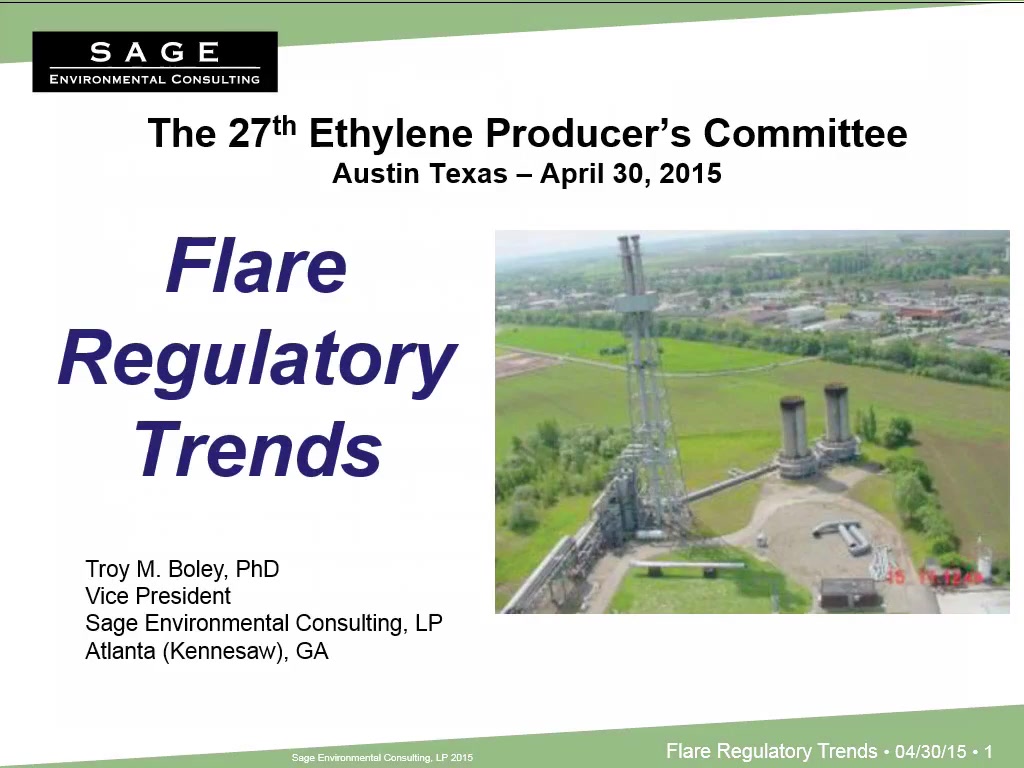 Further, in the USA, recent 2012-2014 Flare Consent Decrees (CD) issued by U.S. Environmental Protection Agency (USEPA) to major USA petroleum and petrochemical facilities have been precipitated by alleged and wide-spread flare “over-steaming” practices in most all industrial applications.  In Texas, the 2011 TCEQ Flare Study Report demonstrated the complex and inter-related impacts of multiple variables on flare performance, indicating that the management of flare combustion efficiency is a complex and highly dynamic process.

Additional flare monitoring and dynamic steam and supplemental fuel control schemes are being incorporated into the growing global expectation of proper flare control.  The USEPA is using its enforcement powers to move this shift in technological evolution, rather than its rule making processes, but new regulations are coming.  Many USA refinery and some chemical facilities are beginning to operate their flares within these new control schemes.   The growing interest in ground flares as a control option is high; however, there are no regulations in place to adequately cover pressure-assisted flares.

Globally, many environmental agencies refer to the USEPA rules on flare operation and performance, monitoring, and test methods.  Significant changes are anticipated for these USEPA rules which may affect many companies operating beyond the USA boarders.  This presentation will inform the conference delegates of likely future environmental considerations for ethylene production flaring within their facilities and companies.

Preview Presentation:
Presenter(s):
Troy Boley
Once the content has been viewed and you have attested to it, you will be able to download and print a certificate for PDH credits. If you have already viewed this content, please click here to login.

Best Practices for FCC SOx Emissions Control Using Catalyst Additives
Environmental regulators in many countries are systematically imposing ever stricter SO 2 emissions limits on Refinery Fluid Catalyst Cracking Units. SO 2...
Good Engineering Practices - Inspection and Test Frequencies
The "Process Safety Management" standard of the Occupational Safety and Health Act [OSHA] requires that "The frequency of inspections and tests of...