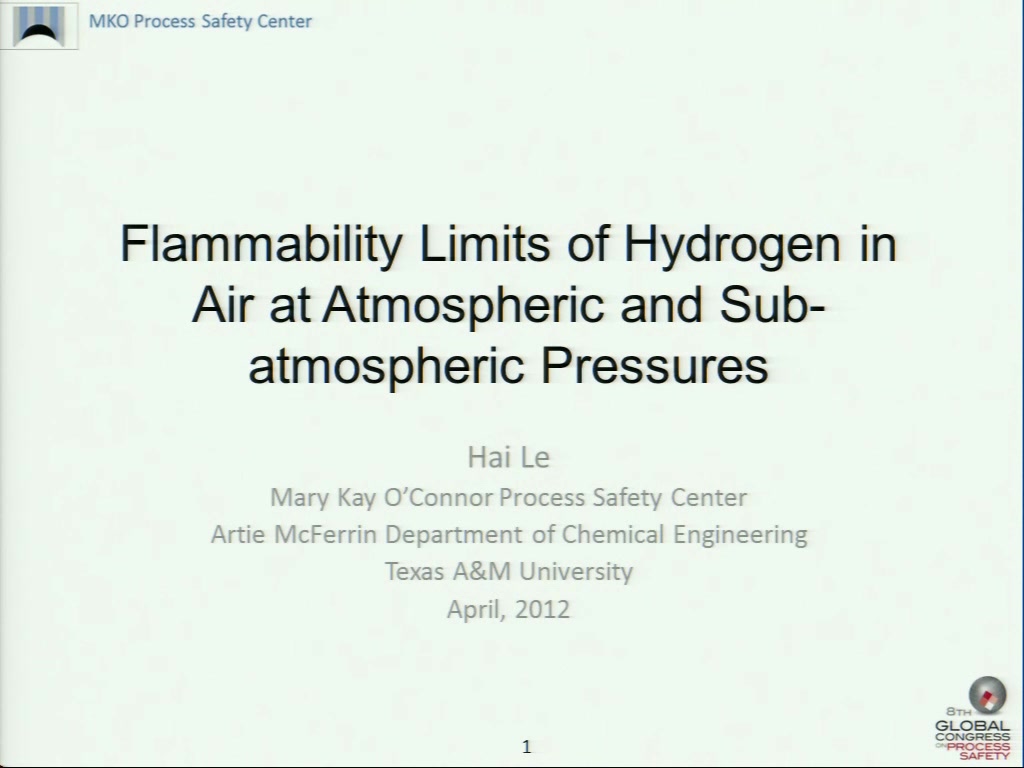 The knowledge of hydrogen flammability characteristics, especially flammability limits, is of particular importance and interest because of the following reasons: i) ARIA (Analysis, Research and Information on Accidents)  database showed that approximately 84% of the studied incidents involving hydrogen resulted in fires and/ or explosion, and the consequences of the accidents were tremendously serious with 25% of the cases resulted in deaths or serious injuries [1]; and ii) hydrogen is currently produced and used in various industrial processes ranging from the oil and gas industry to the food manufacturing with the annual amount generated worldwide estimated in the magnitude of million tons a year and worth billions of U.S. dollars [2].

Preview Presentation:
Presenter(s):
Hai Le
Once the content has been viewed and you have attested to it, you will be able to download and print a certificate for PDH credits. If you have already viewed this content, please click here to login.

Forge Bonding: A Safer Metal Joining Process
When planning in-service repairs or enhancements that involve the joining of metals; sparks, flames and even elevated temperatures are a concern for refinery...
The Uniqueness and Challenges of Technology Based Businesses
A Technology Based Business (TBB) is defined as a commercial entity that utilizes intellectual assets (e.g. patents, know-how, trade secrets, etc.) as the core...